One in three U.S. women experience sexual assault in their lifetime, according to the National Sexual Violence Resource Center. (David Vahey)

One in three U.S. women experience sexual assault in their lifetime, according to the National Sexual Violence Resource Center.

How to End Rape Culture

Somehow, this simple word has lost its power. When we hear, “No means no,” we automatically think of consent and sexual assault. But the acceptance of sexual assault starts long before consent is at issue. It starts when people normalize everyday patriarchal behaviors — even in Shaker Heights.

Even in the very public main hallway or by the cafeteria doors, boys think it’s acceptable to repeatedly ask girls out after hearing, “Sorry no, no thanks, no, no, no…”At lunch tables and in locker rooms, boys think they are entitled to to evaluate girls’ worth by their looks. And even more people think it’s justifiable to witness this behavior and sit idly by. These daily occurences perpetuate rape culture.

Scholars define the phrase as “a culture in which rape is pervasive, prevalent, and normalized through societal attitudes about gender, sex, and sexuality.” In rape culture, sexual violence is normal, and victims are blamed for the crime.

Rape culture manifests itself in ways invisible to us. Only when we look for it can we recognize its presence in the films we see, the streets we walk and the way we speak. In ways we are oblivious to, everyone can be an accomplice to rape culture.

For example, too often, adults teach girls what not to do instead of teaching boys that girls are sovereign humans, not property. Parents tell girls not to wear that dress; they don’t tell boys that girls’ bodies are not theirs for the taking. We must understand that we instill different lessons in boys and girls about responsibility and autonomy. Realistically, we need to teach girls some of these safeguards so they aren’t left defenseless when the worst happens. I hope that boys know that mothers and sisters train us from an early age not to walk alone at night; that if we must walk alone at night, to never wear a ponytail because it is easier for an assailant to grab us by it; and that we never accept a drink we haven’t seen opened and poured. When we go out, we make sure our clothes don’t attract any unwanted attention. We put our headphones in when we walk down the street so we can pretend not to hear the catcalls. We call Lyft at night so we can request a female driver. The list goes on.

Adults don’t empower us to say no and not fear the repercussions of being assertive. When we take ownership of our opinions and defend our choices, we are bossy, stubborn, difficult — or worse. A boy who asserts himself is a strong leader. A girl is pushy. But, if she stays silent, she’s weak. Navigating reputation is an inescapable labyrinth of rape culture. The negative connotations associated with almost all of women’s behaviors makes it impossible for us to be strong and feminine at the same time.

And just as often as we are told to comply with patriarchal standards, we are told that our destiny isn’t really up to us. Parents warn girls that even their closest male friends can never really be trusted if they are using alcohol and drugs, so it is the girl’s responsibility to keep herself safe and sober. Boys are not taught that it is their responsibility to make sure they are safe to be with. We are coached to believe that little reminders of how to dress and what to drink and who to talk to are real solutions to the ever-present threat of rape. Again, we unfortunately need these reminders, but by indoctrinating short-term solutions instead of responsibility and empowerment, we enable and accesorize rape culture.

Thus, sexual assault and harassment happen in plain sight because we normalize them. Although I continually see the resilience of women, I see little progress toward ending rape culture and sexual assault. Every day, in every community, girls feel lesser because of the misogynistic history that shapes today’s attitudes toward women. Shaker Heights and communities like it must reinforce feminist ideologies by giving a voice to women’s experiences and focusing more on preventative education.

It wasn’t until I began volunteering at the Cleveland Rape Crisis Center two summers ago that I realized it was possible to end sexual assault. At the CRCC, I was surrounded by people who dedicate their lives to being a small part of a long-term solution. Whether through education, direct work with survivors, or community outreach, each person furthered the CRCC’s stated mission for the “elimination of sexual violence.” My eyes opened as I listened to passionate people inspire change not only through experience, but through research and carefully conducted studies that document how we can change our actions and attitudes by educating ourselves to end rape culture.

The end starts with education. These studies suggest that a series of small, preventative steps made over generations will lead to a world without sexual assault. The use of appropriate language to describe sexual assault and harassment is vital. That means putting the blame on the assailant, not on the victim. It means that when you talk to a victim, your first questions are never about their level of intoxication, the type of clothes they were wearing or their decision to walk home alone.

An insane myth in our society is that men’s aggressive and violent behavior is natural, and therefore sexual assault is up to the victim to avoid. Men are not naturally predatory. Such behavior is a product of rape culture. If we keep our eyes open, it isn’t hard to find all the ways that rape culture subtly poisons society. Rape culture reveals itself in our conversations, when women are judged for their clothing and their personal lives rather than their character. It’s hidden in compliments: the way that girls are told they are pretty before they are told they are smart. And despite common belief, we all perpetuate these norms. No matter your gender or sexual orientation, everyone judges women for their expression of sexuality and appearance. Recognizing your own stance in a culture of objectification can help you begin to break it down.

In the abominable People v. Turner case, Brock Turner was convicted of sexually assaulting Chanel Miller in 2016. The case was famous nationwide not only because of the horrendous crime, in which Turner assaulted the intoxicated and unconscious 23-year-old Miller behind a dumpster, but because Turner is white, wealthy and was a star swimmer at Stanford University at the time. The  judge, Aaron Persky, cited Turner’s status when he sentenced him to only six months in jail with probation. Prosecutors had sought a six-year sentence. Turner was released after serving only three months.

Accredited media outlets also provoked backlash for their coverage because they referred to Turner as a star athlete at Stanford rather than an assailant. This seemingly minor choice in diction demonstrated rape culture’s influence in the way we talk about sexual assault.

When people joke about rape, they demean the impact of sexual assault.”

Rape culture’s presence in our language also reveals itself through jokes. When people joke about rape, they demean the impact of sexual assault. Jokes about sexual assault are never funny. That doesn’t mean that we should demand that people walk on eggshells; our culture values satire and harsh humor. I find the line between jokes and offensive comments to be very clear, however, even when insults are disguised as jokes. A joke about being raped is not a joke at all. Horseplay can escalate quickly when a subtle “He’s raping me” or “She’s raping me” commnet desensitizes our reactions to sexual assault. This is not a joke — this is an accessory to rape culture. When it’s funny, laugh. When it’s offensive, shut it down.

According to Marshall University, one of eight achievable ways for men and women to help end rape culture is to stop using speech that objectifies or degrades women. When women are judged based on their appearance, as if they are dressing for the pleasure of others, it is our responsibility to stop that behavior, both in ourselves and in others.

It’s a myth that belief shapes habit. In fact, it’s the opposite. The more an action is repeated, the more ingrained that idea becomes. For example, the more we standardize the media’s use of derogatory terms for women, the more we train ourselves to see women as objects. So each time we find ourselves judging women’s worth on appearance, we can check our thought process and internalize positive and thoughtful statements of equality, of valuing humanity over appearance. These repeated behaviors reject the normalcies of objectification in rape culture.

The objectification and hypersexualization of women are not the only features of rape culture. We hear the phrase “toxic masculinity” frequently, but do we know what it means? According to The New York Times, it is behavior and attitudes characterized by “suppressing emotions or masking distress, maintaining an appearance of hardness and [using] violence as an indicator of power.”

Toxic masculinity is a staple of rape culture, and it is something society is guilty of enabling. Because we accept and expect violence perpetrated by men, a person in America is sexually assaulted every 73 seconds, according to the Rape, Abuse and Incest National Network. Sexual violence is due largely to a lack of education. Children must be taught to deal with conflict and to define their worth without using violence in order to assert control.

Another product of toxic masculinity is the stigma it entrenches about male sexual assault. According to the Rape, Abuse and Incest National Network, one in 10 victims of rape are men. The poisonous expectation of men’s strength and superiority is not only harmful to girls; boys and men are often afraid to admit or define sexual assault when they are the victim. This depressing truth shows that rape culture harms us all.

Domestic violence is another consequence of toxic masculinity, but abuse begins in subtle patterns. The fallacy that men are naturally violent and aggressive leads to a culture in which expressions such as “That’s so gay” are used to demean men and boys who behave kindly and respectfully. When we find ourselves embracing these norms, we must resist them and help boys find healthy outlets to express emotion and honesty.

It won’t be easy, but enacting changes to end rape culture is overdue. Prevent sexual assault in its veiled beginnings. Stop objectifying women. Teach boys not to rape instead of teaching girls not to get raped. Accept the expression of the diverse masculine and feminine traits in all genders. Intervene when rape culture reveals itself. This is how we end sexual assault. 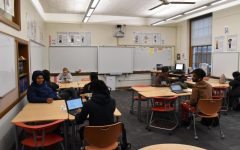 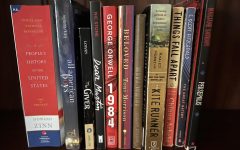 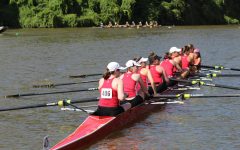