What to Know About Coming Out

For LGBTQ+ students, being themselves can often be difficult 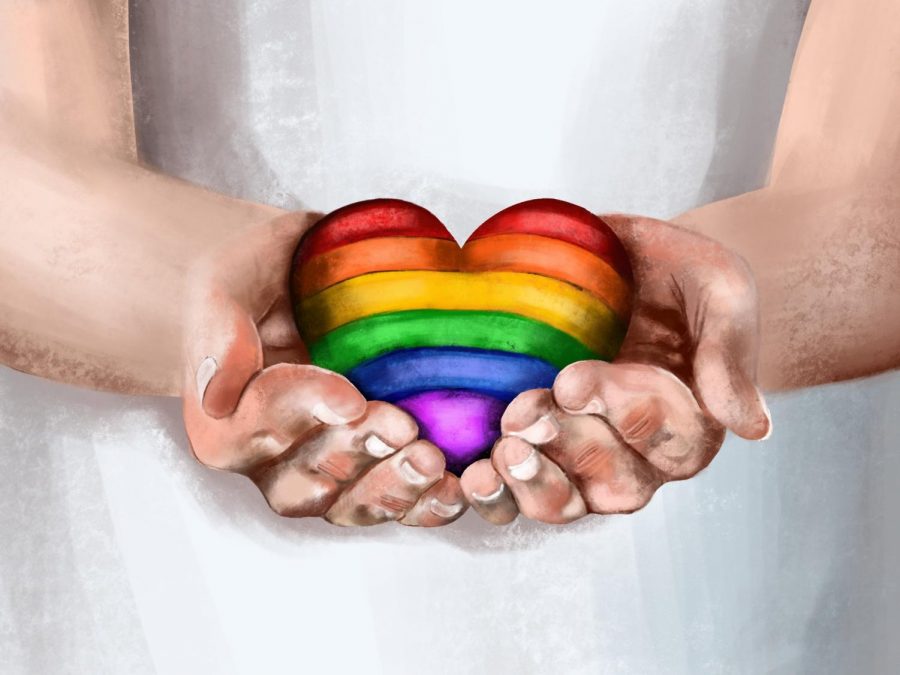 What if my family doesn’t accept me?

What if they kick me out?

What if people get grossed out when I go to the bathroom?

What if I get bullied?

What if someone hurts me?

What if my friends don’t want to hang out with me anymore?

What if no one even wants to talk to me?

These are some questions people might ask themselves before coming out as LGBTQ+.

And they are not unreasonable questions. Brian Lutz, co-youth coordinator at the LGBT in Cle Center validates these common fears. “Maybe they already know that they don’t have supportive families,” he said.

Lutz also recognizes that sometimes these fears can be exaggerated. “I think people think that the world’s going to fall apart, and I don’t think that they recognize that there are going to be people who support them,” he said.

“I’ve been out and proud for almost 13 years,” Lutz said.

Coming out is a challenge for those who do it and those who receive the news. Here are some tips on how to come out safely and be a secure recipient of someone’s story.

Five things to consider before coming out

Why are you doing it?

Is it peer pressure? Are you sure you want to? Make sure that you know why you’re coming out and that you’re actually ready.

If you’re only coming out because people are pressuring you to come out to others, don’t feel obligated to.

Sophomore Magdalena Bowne explains that she came out because she didn’t like feeling like she was keeping part of herself from others. “I didn’t like hiding,” she said.

Who is the safest person you can tell?

The safest person may not be a family member. It could be a friend or teacher. Coming out to a safe person first can help you gain confidence to tell less understanding people later.

Jade Orazi, senior co-president of the Genders and Sexualities Association, advises those who are considering coming out to know their support systems.

“Come out to the people you know who will support you first, so that when you come out to people who do not support you, you have a group of people backing you up,” Orazi said.

Some people require time to process the news, especially those who may not be accepting, so sometimes you’ll need to be patient with them.

Connor Covert is a transgender Shaker alumnus and former president of the GSA.

He said that his friends were accepting when he came out to them. Although, his mom took a little longer to come around. “My mom is pretty chill with it now, and she uses correct pronouns and she’s helping me [legally] change my name and all that,” Covert said.

Covert said that his grandparents still are not welcoming. “My homophobic and transphobic grandma, she said I killed her granddaughter. She asked my mom if I was trans because I was molested, and she kept on sending my mom anti-trans videos for like a year until my mom told her to stop or else don’t talk to us, and she hasn’t talked to us since,” he said.

Covert advises, based on his past experience, that you should make sure to know people’s views before you come out to them. “Definitely try to scope out your family and their views and your friends and their views and all that to see if it’s safe. Only start out with people that you’re comfortable with, like your friends,” Covert said.

“It’s probably better to see how a small group of people react and then get bigger, instead of just having everyone’s reactions all at you all at once,” Covert said.

What will you say?

A suggestion before coming out is to prepare in advance a little bit of what you’re going to say prior to the actual event.

“I really started having that conversation in my brain, like relating my feelings to words and acknowledging my identity, but kept it quiet after that, and I wish I had been able to say what I was feeling and felt comfortable enough to have my feelings stigmatized.” Lutz said.

“When I first came out, I didn’t come out as gay, I came out as bisexual, and a couple months later I came fully out with identifying as gay,” Lutz said.

Lutz continued with explaining that bisexuality is a common stepping stone for people coming out as gay. However, he emphasized that despite his doing this, he still sees bisexuality as a valid sexuality in itself.

“In eighth grade, I had a friend of mine come out to me as genderfluid… and at that point, I think they were more comfortable doing that, because I recently came out as trans, so we had something in common,” Orazi said.

How will you respond if the reaction is negative?

Orazi agrees that it’s important to think carefully about whom you to tell first.

You have to make sure that you are in a safe and accepting environment with welcoming family and friends. Be careful about who you tell, and make sure you’re not risking your well-being by telling certain people.

“With some people, they would get kicked out. So you have to be sure, like, your parents or whatever won’t do that. It might be worse for your mental health, but it’d be much safer to stay closeted,” Covert said.

How to respond supportively when someone comes out to you

Senior Carissa Kieger shared a story about when a close friend came out to her. She said that body language is important for both sides of the conversation. “From the tone of their voice and their body language, I could tell that they were scared.” Then, she explained how she tried to make them less nervous. “I gave positive body language and smiled at them. So, in doing so, they felt more comfortable, and I also told them there was nothing to be nervous about and it was completely fine.”

Remember that everyone’s experiences are going to be different and you shouldn’t compare yourself or anyone’s reactions. “For each person, [coming out is] gonna be different,” Kieger said.

The first thing you should do if someone comes out to you is say, “Thank you,” because they have just told you something very personal and they put a lot of trust in you to keep their secret safe, according to the founder of the school’s GSA and English teacher Natalie Sekicky.

Saying thank you “encourages them to just know that they’re not alone in what they’re going through, because, at times, when people are contemplating coming out and then they finally do, it’s a really scary process and then they need a good support system to help them through the nervousness of it all,” Kieger said.

“I thanked them because that is really private information, and by them coming out to me that tells me that they trust me to know who they are,” Lutz said.

Another thing to be careful about is excessively talking about them coming out after the initial conversation.

“You shouldn’t overly question them or challenge their identity or anything like that,” Orazi said.

The best way to respond to someone coming out to you, according to sophomore Samuel Grube, is “being open and accepting, in any possible way and not making fun of them, just acting normal, because it’s normal.”