Taking MAC Scholars to the Future

Get to know Mr. Reese 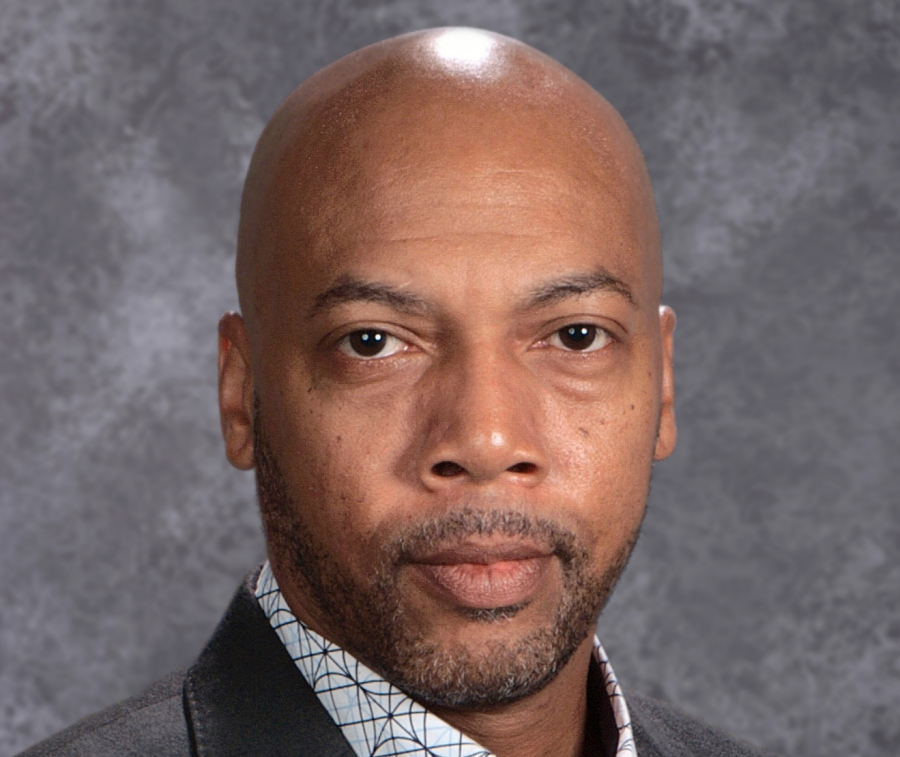 As I logged onto my Google Meet with Mr. Reese, he greeted me in front of large, white cabinets and an alarmingly green plant. Just as I was wondering where the money for such an extravagant teacher office came from, he confessed he was trying out a virtual background, provided by Google.

Before we got down to business, I learned something very important about Reese. “I’m not a cat person,” he said. “Cats don’t seem like they are trustworthy. They always look like they’re up to something. Do you have a cat?” When I reluctantly told him I did, he told me “[I’d] better watch my back. Your cat’s gonna be like, ‘Yeah, I heard what that guy said.’ ”

Nathaniel Reese, Jr. is the district MAC Scholars Coordinator. From an early age, Reese’s parents instilled in him values that make him the leader he is today. “My father taught me a long time ago to be able to speak to those people who are scraping to get by, all the way through those who are billionaires, and everybody in between,” he said. Reese’s father worked for Ford, and his mother for J.C Penny. He grew up with an older brother and sister, Tony and Marilyn. At Bedford Heights High School, he enjoyed playing basketball and running track.

From Bedford High, Reese attended Kent State University and earned an undergraduate degree in rhetoric and communications. He then returned to KSU and earned a master’s degree in education. With two weeks left in his Bedford student-teaching term, he got a call from Shaker. The district offered him a long-term 6th grade substitute position at Woodbury Elementary School.

To me, walking into a class of pre-teen kids hopped up on snack-bar treats sounds like a nightmare. Reese felt no such fear. “I try not to go into any situation with preconceived notions or expectations, so I wasn’t overwhelmed. It was just a matter of getting used to having my own class,” Reese said. “And, I’m not saying I’m a perfectionist, but I like doing things correctly. I don’t like making mistakes.”

Reese began teaching sixth grade math and science at Woodbury in 1997, and remained in that position until 2018.

As a teacher, Reese’s main focus was the children. “I try to make sure they are prepared for anything to come their way. Although kids need to go through hardships and difficulty in order to prepare themselves for the world, there are times that I feel that if you can make life a little easier for them, cool,” he said.

Reese’s favorite part about teaching was finding out how he affected students, even in the smallest ways. “You never know who’s watching, you know? So, students that come back and speak about a specific moment that I looked out for them somehow, that was what I really loved,” Reese said.

Reese’s care for students was especially evident when he assumed the MAC Scholars position in September 2018 after Mary Lynne McGovern retired. McGovern helped found the program more than two decades ago. Reese had been with his final class at Woodbury for only three months before he came to the high school. When it was time for him to leave, students and adults alike shed tears.

Reese said he was surprised that students became so attached to him so quickly. But, can you blame them? They were losing a teacher who would drop everything to help them out with a problem.

Now, Reese works with the Office of Diversity Equity and Inclusion, the Family and Community Engagement Center, and the Bridges program. Though he enjoyed his time at Woodbury, he said he enjoys the more mature conversations he can now have with high school students. Reese helps students assess the fast-approaching adult future and get a sense of what they may want to do in life.

“Even setting yourself up with goals you don’t even know you had,” said Reese,”because you might get to graduation and you might decide: You know what? I DO want to go to college, I DO want to do this.”

And with Mr. Reese by your side, it’s easy to feel like you can do just about anything