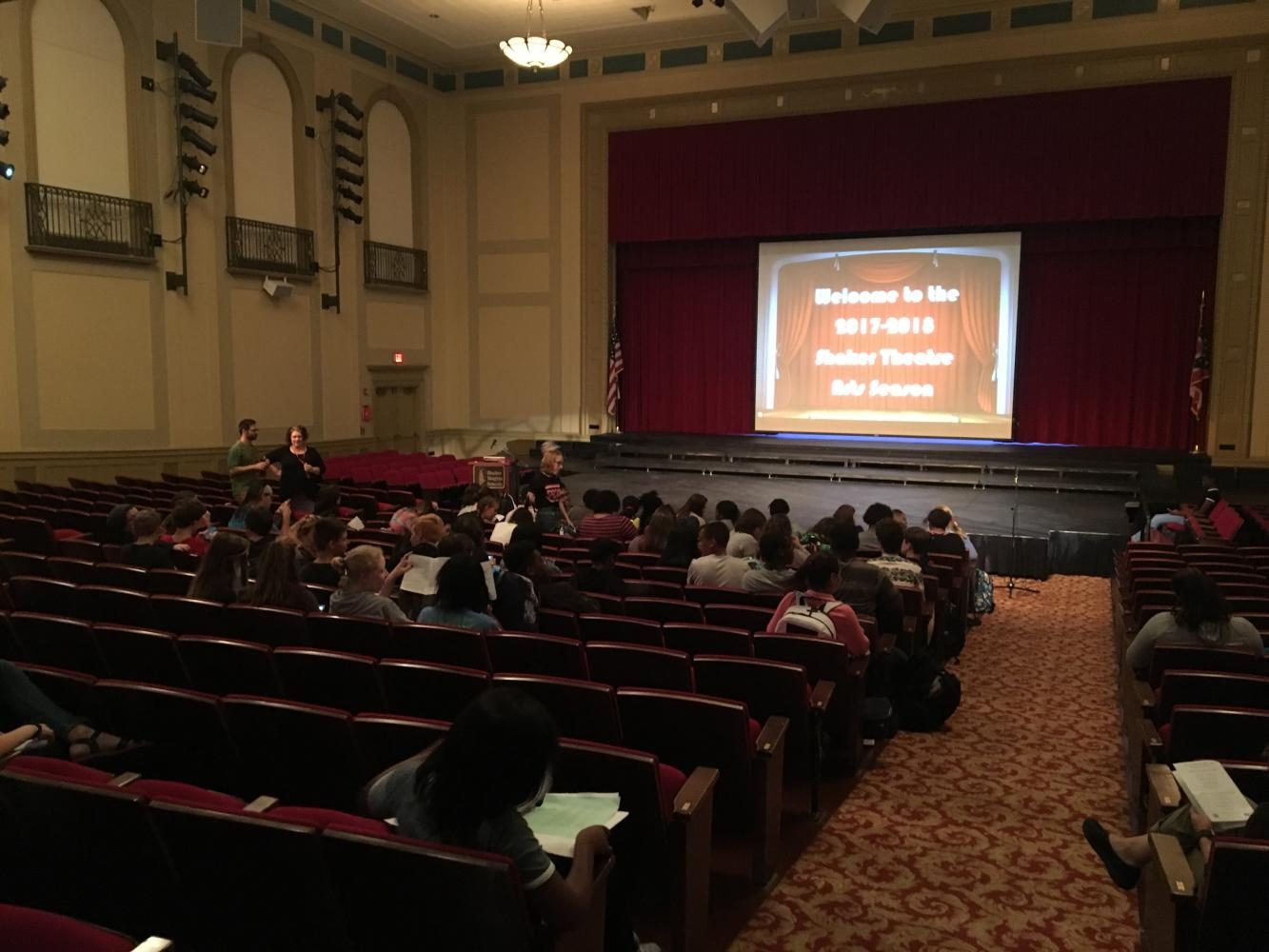 Shaker Theater fans will see it all this year.

From British manners to American horror, the Theatre Department 2017-18 productions, revealed during the annual theater social Aug. 30, are diverse.

“The goal of the all-department meeting and theater social is to welcome everyone to the program.” said Christine McBurney, director of playwriting and the Shakespeare learning program at the high school. Returning and new students from the district were welcomed, and they heard from students who have participated in the theater program in years past.

Information about the annual fall show was revealed during the social. Students will perform an adaptation of Jane Austen’s novel “Sense and Sensibility.” “Fast, physical, funny: not your grandma’s ‘Pride and Prejudice!’” said McBurney.

Students participating in the theater department spoke to the audience about the different ways to get involved. The students explained the many classes offered, which include dramatic literature and New Stages, management, stagecraft, film, ensemble, acting, co curricular, improv and stage crew.

Sophomore Colin Frothingham spoke about the acting classes that the school offers. “We really dig deep into acting and learn the different techniques. We do different styles, like Greek theater,” he said, “–a lot of fun things!”

The four productions were introduced in a video made by the theater department, including a fight club take on Jane Austen’s “Sense and Sensibility” and a slide show of ‘80s prom photos to introduce “Carrie the Musical,” an adaptation of the 1976 horror film.

Junior Monet Bouie talked about the fall shows, which are either musicals or Shakespeare plays. Her freshman year, they did a production of “Romeo and Juliet,” and last year, the theater department put on the musical “Urinetown.”

Audition packets were passed out, including information on the fall show, audition dates, explanations on characters and setting and rehearsal schedules. Auditions are being held for “Sense and Sensibility” the week of Sept. 25, and rehearsals start on Oct. 2.

Divisions of the theater department, like Improv and Stage Crew are still accepting members. Improv is held on Fridays at 3:15, and anyone can drop in whenever they’d like. Stage Crew is always looking for new members, and prospective members can contact Chuck Tisdale at [email protected] to get involved.