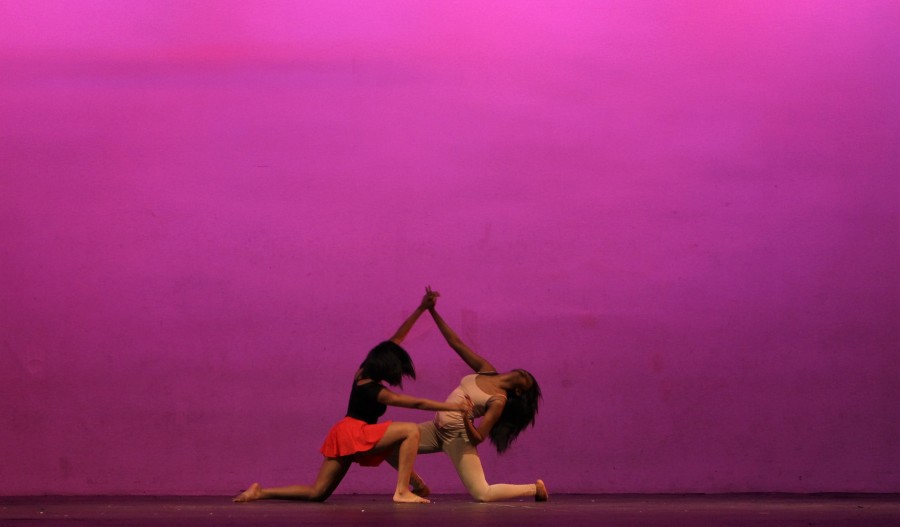 Sankofa sent messages of the challenges African-Americans continue to face.

Sankofa is an annual event honoring African-American history. The participants put on shows each year to inform and entertain audiences.

“Sankofa is a celebration of black history,” senior Sankofa Band Task Leader Chris Gillooly said in a text interview. “Sankofa is also a creative outlet for artists that aren’t recognized in other extracurricular activities.”

“I think Sankofa is very important because it shows basically all of our talent,” freshman Sankofa actress Myyah Husamadeen said in a text interview. “Sometimes people underestimate us African-Americans, but we really get to showcase our talent and have a great performance for Black History Month since our school barely acknowledged it.”

“I think the importance of Sankofa to all of us is to convey a message not only to our school, but to anyone who comes and watches us.” senior Sankofa Stage Crew Leader Lauren Holloway said in a text interview.

The sold-out shows featured a diverse group of students showcasing talents that include dancing, singing and acting. “Sankofa gives these musicians a time to shine,” Gillooly said. “This concept can also be applied to dance, rap, spoken word, acting, etc.”

The show was organized into 12 scenes that explored racial challenges that African-Americans face. The scenes included topics such as slavery, academics and teen pregnancy.

“Sankofa has a few different messages with the overall theme that as black people, ‘Dear Black America..’, we can do anything,” Holloway said. “With showings of light skin versus dark skin and why it’s wrong, Morgan’s [Owens] poem of how we view women and society with different looks, the different things that happened during slavery, what we have or have not done to continue our ancestor’s and following activist’s works; Sankofa also portrayed instances of people rising up to their full potential, going to school, college, graduating [from] college and getting a job that pays well. Sankofa also went into a darker side of the world when a child is is shot due to unnecessary violence and an innocent life is lost and can never be replaced.”

“The teen pregnancy scene and the closing scene I think were the most powerful,” senior Sankofa Task Leader Morgan Owens said in a text interview. “It’s a reality for a lot of people at this point in time.”

Sankofa has been working hard to put the show together since October.

“Sankofa is pretty much like any other production, we have our ups and downs, there’s the pressures of getting things done,” Holloway said. “Although we had our issues, I remember the laughs that just had you on the floor.”

This year’s Sankofa performance was a success according to many Sankofa participants and audience members.

“Overall I think we did a good job,” Bouie said. “I don’t think there’s such thing as a perfect show but for our first show in front of an audience, like this, I think it was really fun.”

“I think I did good,” freshman Sankofa dancer Nya Christian said. “I really tried to put a lot of energy into what I was doing to try and sell, well not sell but, deliver the message to people. I think the show, overall, people could understand what the message was and we did the best we could.”

“A lot of audience members told the cast that is was the best Sankofa they’ve seen in awhile,” Owens said. “Also, they said they learned many things from it. It probably made some of the audience uncomfortable but who said they had a right to be comfortable? No one. With that being said, I feel like the audience is more aware of where they came from and the things we have been doing to one another.”

Said Holloway, “Sankofa is a family, whether people realize it or not. We all come together to put on a great show and that’s what we did and will continue to do.”