For today's senior prank, the keg looked real, but the beverages were school-appropriate 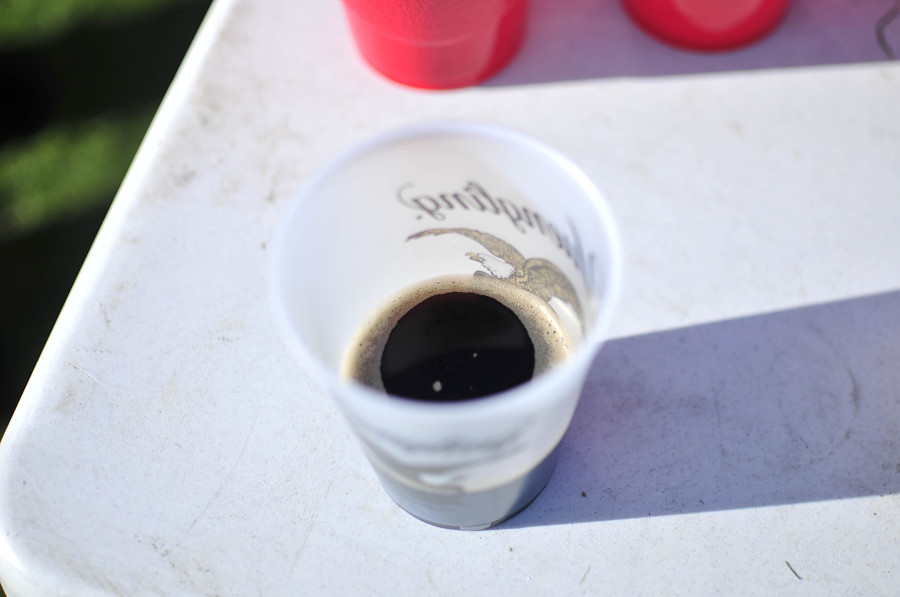 A cup filled with root beer and bearing the Yuengling beer label sits on the table near a game of “root beer pong” May 5, 2014.

It really was just root beer.

Senior prank week, although not a school-sanctioned event, nevertheless began today before school at the vacant lot across the street from the North Gym parking lot. Seniors set up what appeared to be a college-worthy keg party on the lot, with music, lawn chairs, red Solo cups, ping pong balls for root beer pong and a keg labeled “lager” but dispensing only root beer.

The lot once featured a house but has been vacant for three years since the home was foreclosed upon and torn down. The grassy lot is now owned by neighbors.

Photos by Will McKnight