Pippin Production Will Excite and Surprise 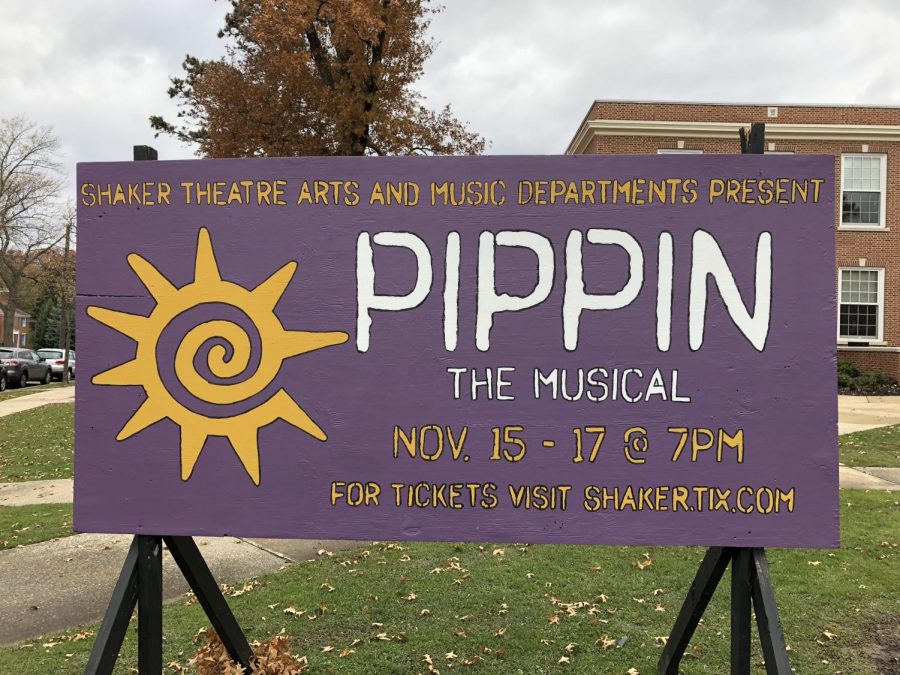 The Shaker Theatre Arts and Music Department’s production of “Pippin” will run this week, Nov. 15-17 in the large auditorium at 7 p.m.

The production of “Pippin,” a play within a play, features an acrobatic troupe of performers telling the story of Pippin, a young, bright and educated prince on a restless quest for a fulfilling life.  Pippin is heir to his father’s throne and goes to war to prove his loyalty. Pippin falls in love with Catherine, a widow with a young son, Theo, and a large estate.

Junior Colin Frothingham, who plays Pippin, is excited for the student body to see the show. “I think that we’ve put so much effort into this show, and I think it deserves to be seen by everyone because it is so great, and it’s just a lot of fun,” Frothingham said.

Freshman Ben Rakow, who plays Theo, said being a part of the production has given him the opportunity to get to know new people..

“It’s been really amazing. I’ve gotten to meet all these upperclassmen who are really nice, and so welcoming and amazing.”

Theatre Department Chairman Scott Sumerak explained that the storyline of the play and its ending will leave everyone shocked. “I think the show will go a different direction than people are expecting when they first start watching,” Sumerak said. “This is something that the audience has to discover as they go.”

The production process has been bumpier than normal. “Because of this year’s schedule, the heat days at the beginning of the year and so many students involved in so many activities, we’ve actually had about six less rehearsal days for this production than we did for Carrie last year,” Sumerak said. “It’s made it much more concentrated.”

Sumerak said, “It’s been hectic, because some of the production work that she would normally be helping with, I’ve been doing by myself. But honestly, my masters degree is in production, so this is kind of what I do.”

Rakow wants the audience to be surprised when they see the final project. “I think they should be really stunned. I’m hoping that people aren’t telling them too much, and I would like them to be pretty surprised.”