Listening Through the Generations 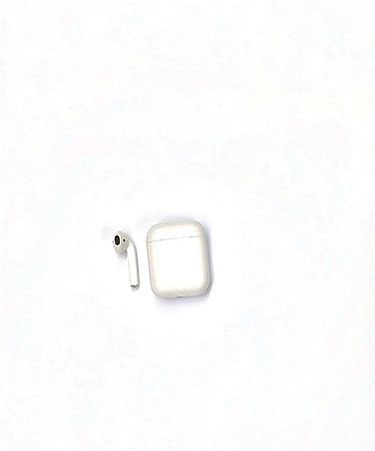 The cafeteria is abuzz, per usual. Junk food wrappers litter the floor. It smells of disinfectant and knock-off Chipotle. Eight students gather around a table, hunched over Cheetos and Pop Tarts. Half of the kids are listening to music, and the other half are eating silently or attempting and failing to start a conversation. Instead of engaging with their peers, these four kids are engaged in music and look as if they’re miles away.

Students have mixed opinions about using earbuds or headphones in public places, but more than half of students interviewed by The Shakerite agree that they can eliminate or hinder conversation. “They’re more focused on the music than talking to you,” freshman Brody Weinfurtner said.

Since the invention of earbuds and music streaming, kids have constant access to millions of songs. This is clear during sixth period lunch at the high school every day. For every student actively engaging with peers, another is listening to music in some way. Most use AirPods or traditional earbuds. The number of music listeners seems to make conversation difficult — and the cafeteria much quieter than expected.

In the age of AirPods and Spotify, music tastes have become individualized. No two people are interested in the same few artists anymore, and fewer students listen to music aloud, together. The Shakerite explored the effects of this newfound musical isolation and freedom.

The modern age of music consumption began in 1877 with Thomas Edison’s invention of the phonograph — the first machine that played music from a recording. In the last 140 years, music consumption has evolved at a rate never seen before. Phonographs turned into gramophones, which became record players, and record players gave way to 8-track tapes. Those soon became cassette tapes that gave rise to the Sony Walkman and then, when CDs arrived, the Discman. Those personal music players inspired the iPod, which soon popularized earbuds. Now, most Apple products are compatible with wireless AirPods.

In the past, music fans would have to wait months for new music to come out on CD (or whatever form was prevalent), and even then it was hard to get it, let alone listen to it. “Only people that could go stand in line for an hour could hear an album the day it was dropped,” sophomore rap fan Paul Huang said. Now, with music streaming, music enthusiasts and casual listeners can jam out to almost any song anywhere.

The two most popular music platforms, Spotify and Apple Music, charge customers $9.99 per month. Subscriptions allow customers access to music, radio and podcasts curated by the services. The apps also suggest songs to users based on their listening habits and information they provide when they sign up. Although music platforms offer these means to expand musical tastes, not all users take advantage.

“I switch around from time to time, but I’m listening to rap right now,” freshman Post Malone fan Gage Weingart said. Even though people can listen to almost any song whenever they want, most students interviewed said their favorite genre is rap, and their favorite artists include Travis Scott, Playboi Carti and Ski Mask The Slump God. This musical freedom has fueled music consumption. According to the International Federation of the Phonographic Industry, 38.4 percent of global music revenue in 2017 came from streaming, and total revenue increased by 8.1 percent as well.

Although the music industry is growing, the live music experience may be becoming less appealing compared to the perfected recorded music that people listen to constantly. “Live music isn’t appreciated as much,” Huang said. He said that a negative of streaming is that live performances are not as special today because of autotune and on-demand access to music. Does listening to flawless digital music on high-end earbuds or headphones create unrealistic expectations for live music?

“The issue is when people equate what they hear on produced albums as reality. Albums are produced to create the most perfect product. Live music is there just to experience music in real time,” choir teacher Mario Clopton-Zymler said. He thinks that in order to appreciate live music, listeners must come to a venue expecting it to sound different than the recorded version.

The average person now has more music at their fingertips than their parents might have had in their lifetime. But, too much of anything can be bad. Does the same go for listening to music alone?

Before streaming music and using earbuds became the norm, people often listened to music aloud — and together — in the car, during class, on the bus on the way to the game, during club or activity meetings. They sang along with favorite songs, and they worked out what to listen to next together. These social experiences and skills are not frequently practiced when you get to choose exactly what song you want to hear all the time.

History teacher Andrew Glasier recalls arguing with his sister about what CD, tape or radio station to listen to in the car. “It was a big thing,” Glasier said. He said such arguments are a thing of the past. “I don’t think you have to negotiate anymore because now you can choose whatever you want anytime,” he said.

Live music offers an important human element that is not experienced when listening alone. English teacher Dr. John Morris frequently attends concerts. He said experiencing music together is uniquely valuable. “That energy that a crowd brings, [when] they’re all singing along to the chorus of a song, and the artist steps back from the microphone, and you can hear an entire crowd of people singing the same lyrics, is pretty collectively gratifying,” he said.

Morris concluded, “There’s just an electricity in seeing live music with an audience.”