Barrio: A Delicious Addition to the Cleveland Food Scene 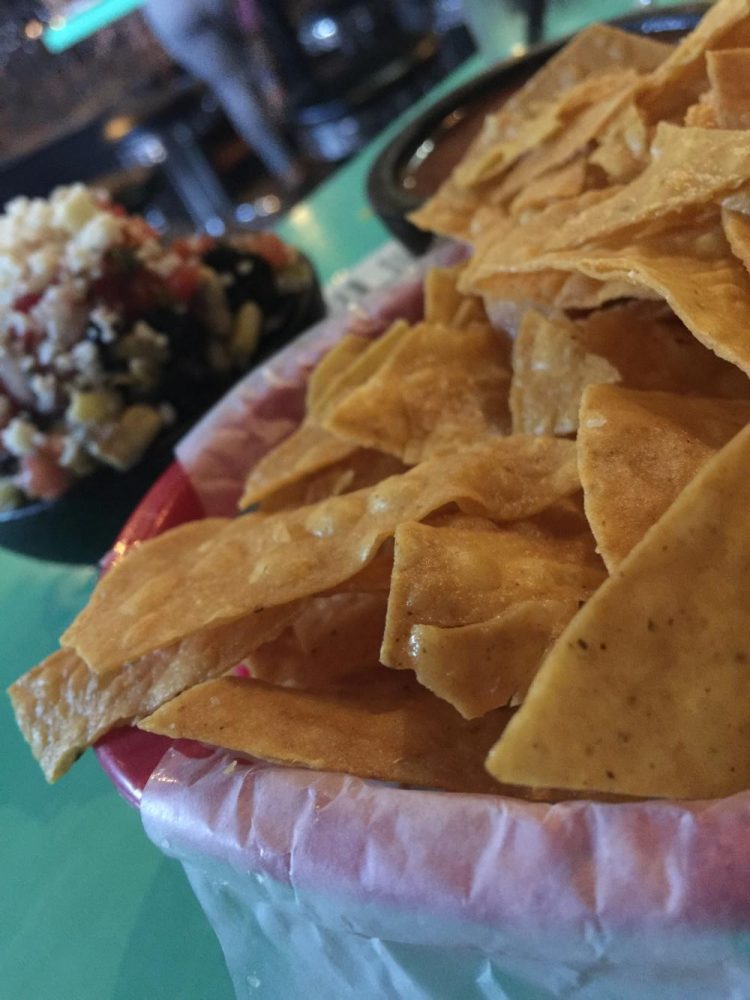 Cleveland is notorious for its lively local food scene. Barrio is just one of the new local restaurants in Cleveland’s crowded food hub. With locations in Lakewood, Tremont and Cleveland Heights, Barrio, known for it’s build-your-own tacos, has become a popular pick by Clevelanders for a fun, delicious and family friendly lunch or dinner out.

I had heard about Barrio from friends and family for months, but me, being someone who sticks to the same three places when eating out, never felt an urge to try something different.

I decided to try it out because I had heard great reviews from friends and family and went to Barrio’s new Cleveland Heights location.

I walked in on a Tuesday night around 7:30 p.m. it was packed. I was told a table for two would be a half hour wait. I was given a buzzer and waited outside for about 15 minutes for a table to open up.

The walls were painted with art reminiscent to El Dia De los Muertos, dancing skeletons in sombreros and traditional Mexican dress along with chandeliers made of recycled glass.

Everyone working there was personable and helped to create a positive and open atmosphere.

When you sit down, you’re given chips and their house salsa with options of ordering other sides such as guacamole, queso and other salsas. You’re also given a rundown of how their ordering system works, receiving a pencil and sheet with different taco filling options to choose from.

The tacos are three dollars each, one additional dollar for specialty meats or other specialty fillings such as their stuffed tortillas, “Coca-Cola Marinated Steak,” and and additional “proteins.”

I ordered two tacos, one more traditional and mellow, the other a bit over-the-top. The first was a soft shell flour tortilla with chicken, queso, lettuce, tomato and chipotle crema. This was nothing short of amazing. The queso mixed with the mild chipotle crema and spiced chicken was the perfect mix of spicy, tamed by the queso.

The other I ordered with a shell they call the “Stoner,” with queso and chorizo between a hard corn shell and soft flour tortilla. In my second taco I had the spiced chicken, queso, cilantro and onions, tomatoes, salsa verde and chipotle crema. This one was spicier than my first but again, amazing.

These two tacos were the perfect serving size, leaving me full but not full enough to deny their home made chocolate tacos for dessert (which was, dare I say, better than the original “Choco-Tacos” from the traditional ice cream truck)

Overall, Barrio was a positive, delicious and inexpensive experience I recommend to anyone in the Cleveland area.