Gibbons Settles Down in Senior Lounge

After more than a year of supervision by various staff, lounge now has its own man 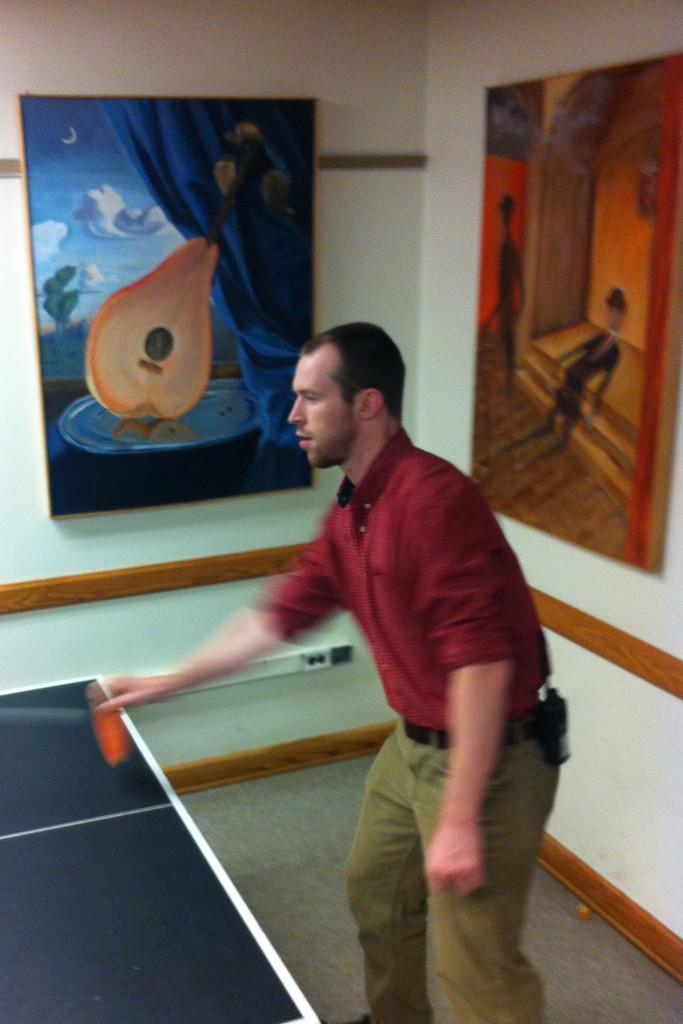 Micah Gibbons, who monitors the Senior Lounge, plays ping pong. Gibbons has been a substitute teacher in several departments at the high school.

Since former Student Council Adviser Julia Rossi-Johnson’s August 2012 resignation, a variety of staff, including substitute teachers and security personnel, have watched over the Senior Lounge.

Now, however, the lounge has a dedicated supervisor: Micah Gibbons, who is Rossi-Johnsson’s official replacement.

Gibbons, 28, graduated in 2008 from Otterbein University, located in Westerville, Ohio. Gibbons came to Shaker in January 2013 and has worked as a substitute teacher here and in the Cleveland Heights City Schools. Gibbons has filled in for physical education, art, science, math, German and Spanish teachers.

After those diverse experiences, Gibbons welcomes the chance to stay in one place.

“I love these guys,” Gibbons said of the seniors who populate the lounge. “I have the opportunity to spend downtime with students. . . and hang out with students doing what they want to do . . . as a sub you move around so much.“

The lounge, as most seniors refer to it, seems to have both chaos and peace. Students there eat, laugh, study, play ping pong and even sleep. “It’s a great atmosphere, ” senior Michael Morgan said.

All the seniors seem to love the new Senior Lounge staff member.  “He’s cool, so people have more respect for him,” senior Sahee Bell said. Gibbons can be seen playing ping pong or talking to students.