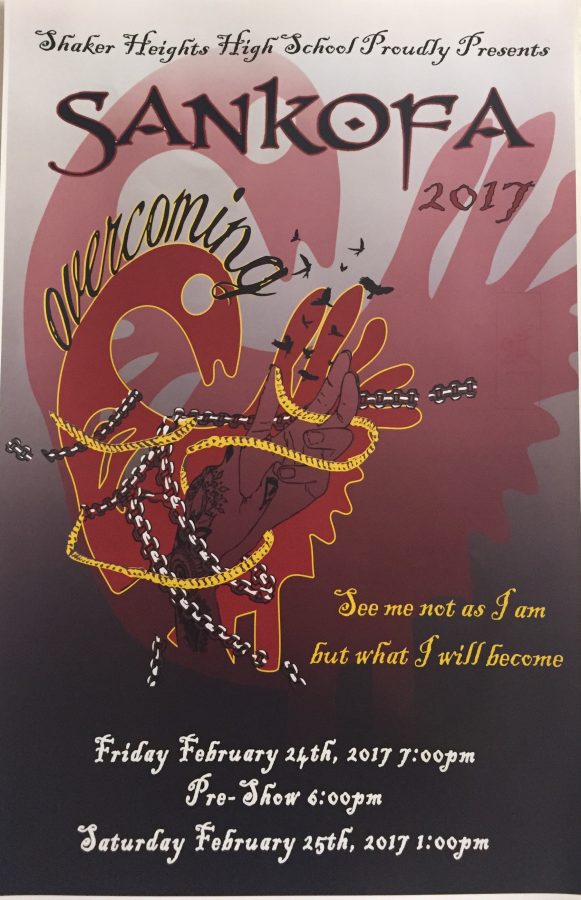 Sankofa preview assembly on Feb. 24 featured a sampling of the full Sankofa performance, which will be staged tonight and tomorrow at 7 p.m. in the large auditorium.

Before the preview performance, senior Cydney Calhoun said that she expected to see “what’s going on now.” Calhoun and senior DJay Wilson also said that they expected to see black history, empowerment, dancing and singing. “This concept of black history can also be applied to dance, rap, spoken word, acting, etc,” said Calhoun.

Due to political events in the past few months, many students expected a reference to Trump.  Freshman Alex Lee said that Trump’s presidency shouldn’t change black culture recognition. “Just because Trump is a polarizing leader doesn’t mean that black culture has to change,” said Lee. “I noticed that everyone was angry; there’s a lot of social injustice right now,” and Lee noted how the performance reinforced the idea that everyone should be treated equally.

“We just need to pay more attention because Shaker is liberal and it’s not the same as the world and shaker is very different from the rest of the world because we see things differently,” said junior Katherine Fridlund.

Sankofa has been working hard to put the show together since October.

Freshman Kaylah Hill addresses a common attitude toward the show, “It was very moving.  I wanted to cry.” Junior Courtney Phillips agreed by saying, “The emotion and the messages they were saying stood out the most.  All lives matter.” At the start of the show, four members of the Sankofa program sang the Negro National Anthem, “Lift Every Voice and Sing.”  Hill says this song was emotional for many audience members, along with the others that were sung.

At the end of the preview performance, art teacher Keaf Holliday, who advises Sankofa, concluded by addressing the theme of Sankofa this year: “Overcoming, see me not as I am, but what I will become.”