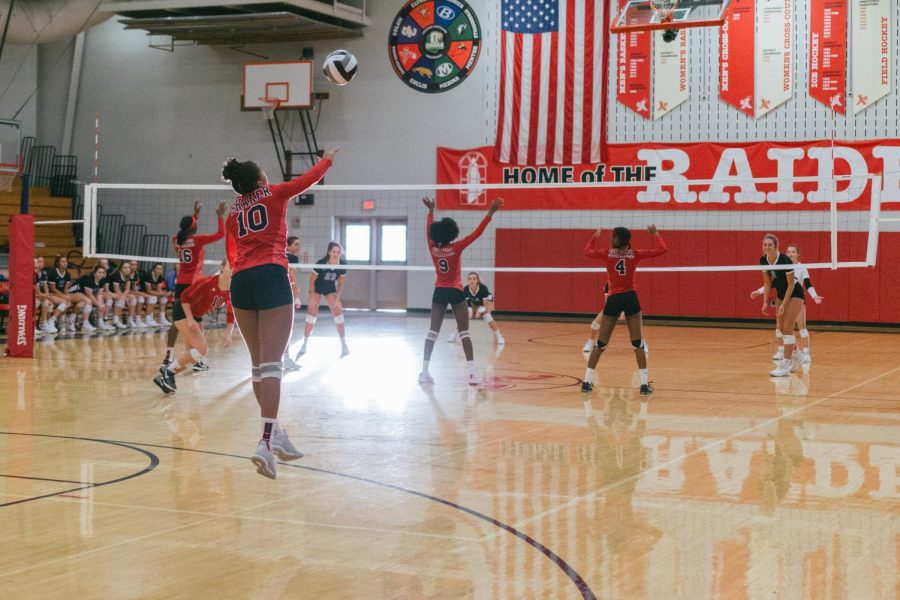 Freshman India Williams serves a ball, while the rest of the team is ready for the play to begin. Varsity volleyball team faces Brunswick on Oct. 4.

The “Raider Review” is a weekly series that The Shakerite will publish every Monday night, covering the previous week in sports. This week’s edition covers contests that fell between Oct. 1-7. Next week will feature games from Oct. 8-14.

Despite the heat, the girls’ cross country team placed 2nd out of 13 teams at the Legends meet in Trumbull County this past weekend. The top five runners that scored for the Raiders this weekend were, Hailey Stupay coming in 5th overall, Anna Carpenter (8th), Esti Goldstein (13th), Juliet Tonkin (16th), and Avery Blaszak (18th).

Varsity field hockey had quite a successful week. On Tuesday, The Raiders dominated their game against Magnificat Blue Streaks. Goals were scored by Eliza Bennett, Fiona Boyle, Lora Clarke(2), and Maggie Carter (2). During the second game of the week, the Laurel Gators were shut out from scoring due to the goalkeeping of Julia Homans and Athena Vadnal. Goals were scored by Molly Harper, Hilary Shakelton, Eliza Bennett, Rachel Coxon, Lily Camp, and Fiona Boyle (2).

Last week, the junior varsity field hockey team only played once, against Magnificat. Until the last 2o seconds, the game was tied 0-0. The game winning goal was a stroke scored by Maddie Buddenbaum right before the second half ended. 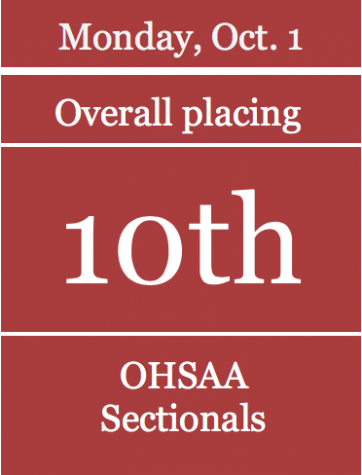 The Shaker Heights varsity football team lost to Mentor, 6-42. The Mentor Cardinals football team is ranked #1 in the OHSAA Division I, Region 1. Shaker did keep it close in the first quarter, but Mentor pulled through, and looked worthy of their #1 ranking. In the second quarter, Mentor went on their biggest run of the game where they scored 28 of their 42 points. Mentor (7-0) travels to Solon (6-1) Friday night, while Shaker (5-2) hosts Strongsville (4-3). Shaker desperately needs a win to keep their playoff hopes alive.

The boys’ varsity soccer team dominated this week at their game against Euclid on Tuesday. Due to thunder and lightning on Saturday, the varsity match against Eastlake North was canceled.

Junior varsity played Eastlake North and easily defeated them 9-0. Goals were made by Eli Celeste-Cohen, Pablo Espinet, and Sam Schmidt scored on a penalty kick.

The boys’ freshman team had quite a week. On Monday they defeated Brush 1-0, with a goal by Jack Adams. University School suffered a defeat on Tuesday with Shaker beating them 4-0. Players that scored in that game were Jack Adams, Alhusain Kaba, Ayandeh Joseph, and Sebastian Schmerus. On Thursday, the freshman team tied North Olmsted. Finally, on Friday the Raiders beat Mayfield 2-1. Great job freshmen! 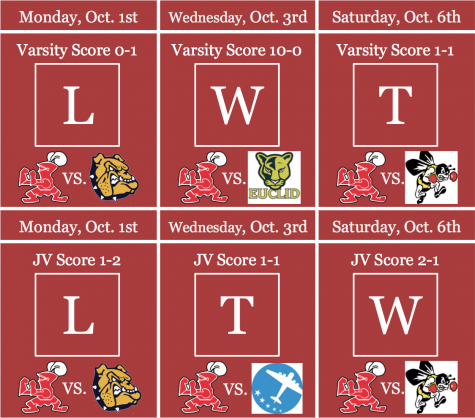 The varsity A girls competed in the first round of OHSAA Division 1 Sectional Tournament this Monday. All of the girls played well, but Caitlin Bocks, playing first singles, was the only one who advanced to the second round on Tuesday. Caitlin won her match and will now compete in the District Tournament this Thursday. Good luck Caitlin!

No girls from the varsity B girls tennis team competed this week at sectionals or the scheduled match against Twinsburg. 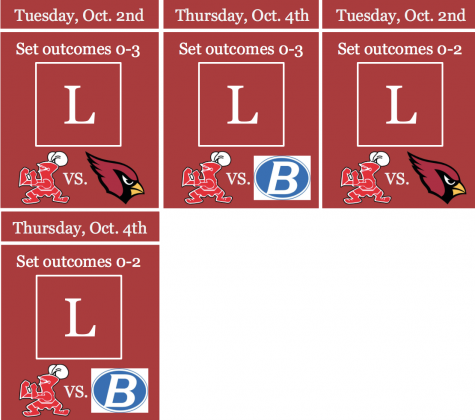 In volleyball this week, Shaker played some of the best teams in our section. The most recent state polls seed Brunswick as 17th in Ohio. Although both varsity and junior varisty suffered two losses each, they both still have a few more games left to compete in this season.