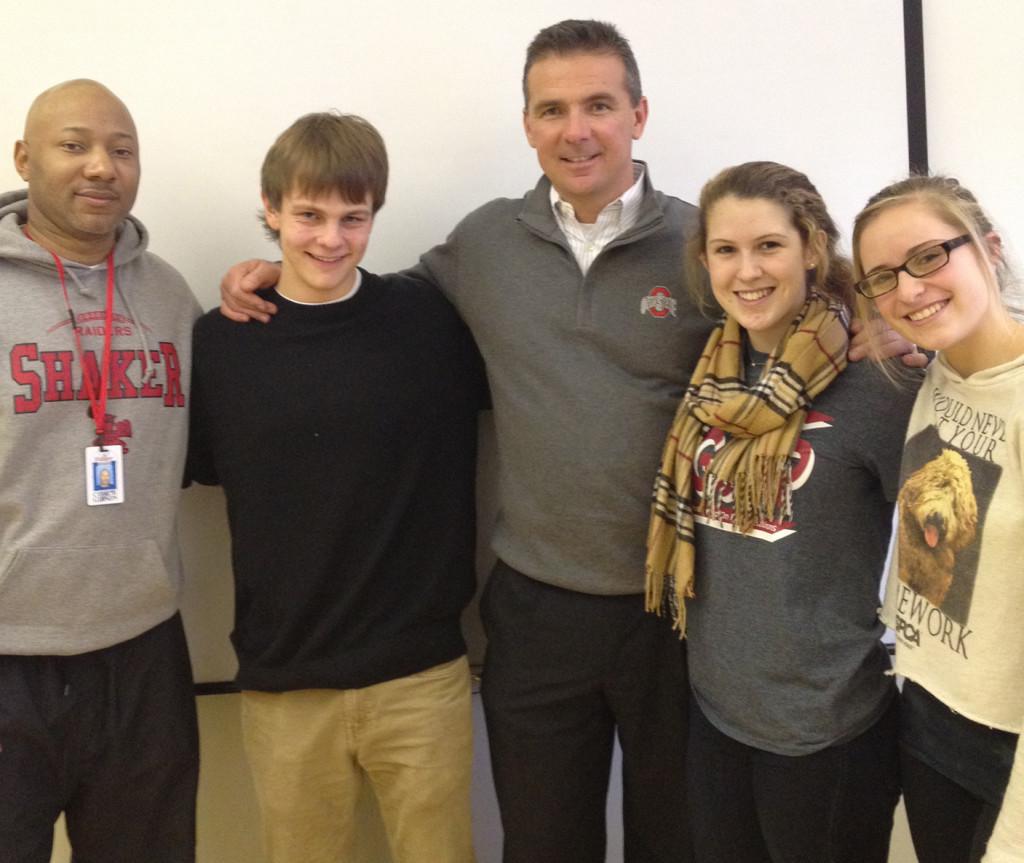 Meyer stopped by the Shakerite room to shake hands and pose for pictures, but could not answer any questions. Neither coach could speak to any high school students because of NCAA rules.

Meyer, 47, is in his first year at Ohio State. He stepped down as Florida’s head coach temporarily after 2009 and permanently after 2010 because of health problems related to stress. His Gators won national championships in ’06 and ’08; they beat Ohio State in ’06. He signed a six-year deal with the Buckeyes worth $4 million annually.

“Today is the last day colleges can come out to visit the schools,” said Shaker head coach Jarvis Gibson, who gave Meyer a tour of the building. High school signing day is Feb. 1.

Meyer, who was born in Ashtabula and was once an Ohio State graduate assistant, is nearly 40 pounds heavier than in his last seasons at Florida. He told Sports Illustrated writer Dan Patrick in late December that he began lifting weights frequently in his retirement and could easily bench press 225 pounds.

From the look of him and the strength of his handshake, we don’t doubt it.