The Fall of Johnny Manziel 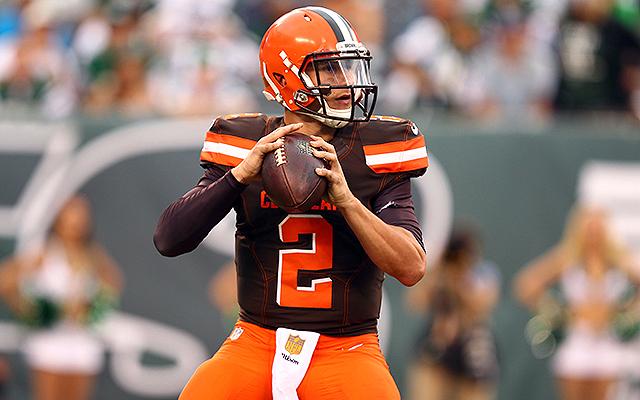 Quarterback Johnny Manziel pushed the boundries after his latest off the field altercation, prompting the Browns to release him at the beginning of the new season.

While many sports writers and analysts believe the Browns are making the right decision in letting go Johnny Manziel, Shaker students believe the young quarterback has enough talent to override his off the field issues.

The Cleveland Browns will cut Johnny Manziel when the next year of the league begins on March 9 after Manziel’s latest off the field altercation.

Cleveland.com sports writer Tom Reed wrote his support in the decision to release the quarterback.

“The Browns made a mistake two years ago in drafting Johnny Manziel,” he said.

But some Shaker students still believe the Browns should decide to keep their young quarterback.

“I think [Manziel] should stay. He’s a good asset to the team and one of the best to come through Cleveland. It would be a mistake to lose him,” junior Maverick Wilson said.

“It’s for sure a loss, he’s a franchise quarterback,” he said.

On Saturday Jan. 30, Manziel and his ex-girlfriend Colleen Crowley were staying at Hotel ZaZa in Uptown Dallas when an alleged assault began. Crowley claims that the argument began over another girl Manziel was associated with. Manziel took Crowley out of the hotel room and to the valet area so he could get his car.

She told police that as she exited the car, she hid in bushes where Manziel eventually found her. Allegedly, he then grabbed her by the hair and threw her back into the car and then got back in himself. Crowley told police that he hit her with an open hand to the head, then told her to, “Shut up, or I’ll kill us both.”

Crowley was scared for her life and said that Manziel may have been having a psychotic breakdown or may have been on drugs. As of Feb. 5, the Dallas Police Department announced that criminal charges are being sought against Manziel. But, the troubled quarterback has denied the incident.

Manziel, throughout his Browns career, has had his fair share of road blocks. In his rookie season, teamates said Manziel was a joke. He was featured in social media posts drinking and partying late often. After the 2014 season, Manziel entered a rehabilitation facility and stayed for 73 days.

During the past season, Manziel was seen arguing with his girlfriend after he admitted to police that he had been drinking. Later in November, videos surfaced of Manziel rapping while holding what looked to be alcohol. Manziel found himself in another social media controversy involving alcohol and rapping a few weeks later. Former Browns Head Coach Mike Pettine demoted Manziel to 3rd string quarterback late in the 2015 season.

“Johnny needs to pull himself together before he ruins his career forever. He’s been immature and has not lived up to his true potential. But I still think the Browns need to hold onto him in hopes that the future holds something brighter than the present,” she said.

Johnny Manziel is a loss of yet another quarterback for the Cleveland Browns. The search for the right player to fill the most important position on the football field continues.