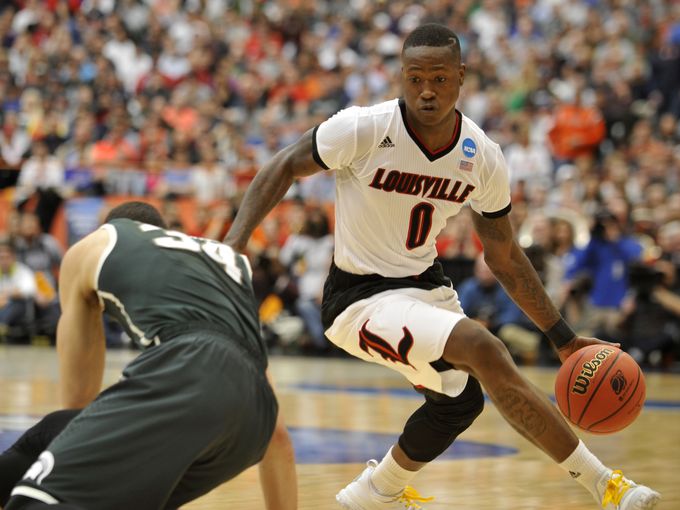 In the North Gym, about 50 kids sat against the wall, watching their peers compete in three half-court games. Danny Young Jr., men’s head varsity coach, stood in the corner, shouting suggestions to the young players — while an NBA point guard observed from half court.

It was not your ordinary basketball camp.

Three years after leaving Shaker for the University of Louisville, Terry Rozier (‘12), came back to Shaker as a Boston Celtic who was chosen 16th pick in the NBA draft June 25. He held a basketball camp Sept. 19-20 for players in fourth through ninth grade.

“I think it’s a great opportunity, especially for the Shaker kids to see the progression from Shaker teams to the NBA and make the connection that hard work pays off,” said Yvette Smith, a parent of a fifth grader who attended the camp.

Young came up with the idea in July when Rozier returned to Shaker following the NBA draft to speak to Raider basketball players.

“After Terry’s draft party, I told him when he has time, he should come back,” said Young, ”and it would be a great opportunity for the kids.”

The camp focused on fundamental skills.

“Lots of kids can play the game, but they don’t know the game. If you don’t understand multiplication and addition, then later on, you will struggle with algebra,” Young said.

Rozier encouraged the kids, taught them skills and discussed the importance of academics and work ethic.

“He’s a good role model,” Ari Green, a sixth grader at the camp said. “He said school first and to work hard.”

“It’s really nice having Terry here because it shows kids hard work and dedication pay off,” said Young. “He always uses opportunities to showcase his gift and especially when people think he’s not good enough, he wins them over with his level of commitment.”

At Shaker, Rozier was an All-Lake Erie League player for three years and was rated 74th overall in the 2012 ESPNU Top 100 players. He was widely recruited by Division I schools.

“Terry exemplifies setting goals and reaching goals. In seventh grade, he told me he wanted to go to St. Louis, and in his senior year he succeeded, but that didn’t come without hard work,” Young said.

Young plans to hold the camp at least twice a year with appearances from Rozier.

“We want the program to grow and have kids learn how to play basketball in a fun way and teach them life skills as well as having an academic component built into it,” Young said.