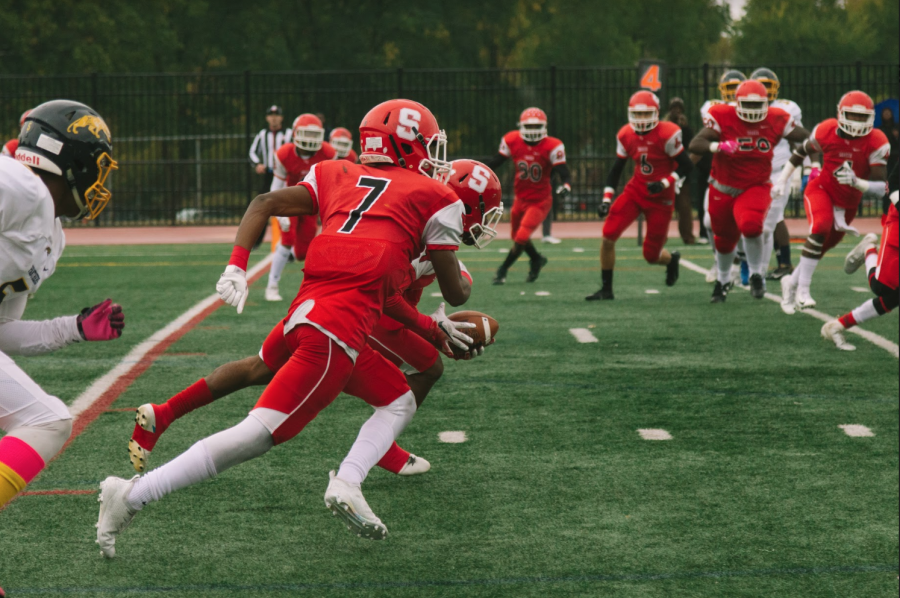 Shaker football player runs the ball during a game against the Euclid Panthers on Oct. 27.

The “Raider Review” is a weekly series that The Shakerite will publish every Monday night, covering the previous week in sports. This week’s edition covers sports events that fell between Oct. 22-28. Next week will feature games from Nov. 4-11. 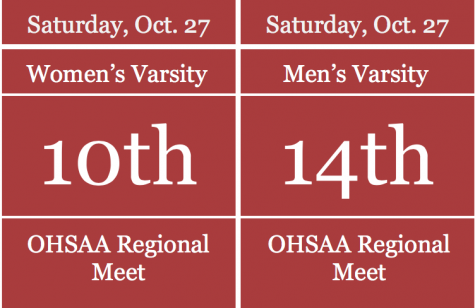 Last Saturday, the men and women’s cross-country teams competed at the Division 1 Regional meet at Boardman High School. Unfortunately, the men’s team did not qualify or individually send anyone to Columbus for the State Championship. Overall, they finished 14 out of 23 other teams in the region.

The women’s team, however, sent sophomore Avery Blaszak and freshmen Anna Carpenter to states. The Raiders were looking to place in the top 7 teams qualify to states, but they narrowly missed the opportunity when they came in 10th.  The top 28 runners advance to the State meet individually; Blaszak placed 18th and Carpenter finished in 20th. The State Championship is on November 10th. Good luck Avery and Anna!

This story was updated on November 1st to reflect that the state championship was postponed until November 10th because of the severe weather and flooding of the corse. Next week there will not be a “Raider Review” because there are no sports events until the state cross-country meet. 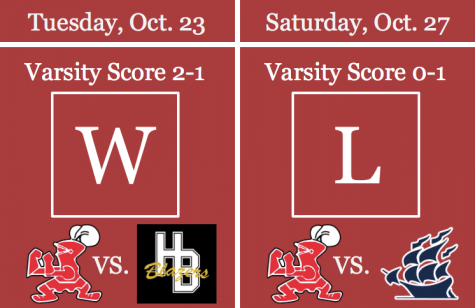 The Field Hockey team picked up a huge win versus their arch-rival Hathaway Brown 2-1 in the District Semifinal with goals from junior Lora Clarke and sophomore Maggie Carter. Both goals were scored during the first half, while it was violently hailing during the second half. Despite the conditions, the Raiders had a fantastic game with good ball movement. The win set them up for the District Final against Hudson.

At the District Final, the Raiders lost 0-1 to Hudson at Hawken Upper School. During the first half, both teams were deadlocked 0-0. In a penalty corner early in the second half, Hudson scored to take the lead. Within the last few seconds of the game, Shaker also received a penalty corner but failed to score. This marks the second time in the past five years that Shaker has not made it to states. 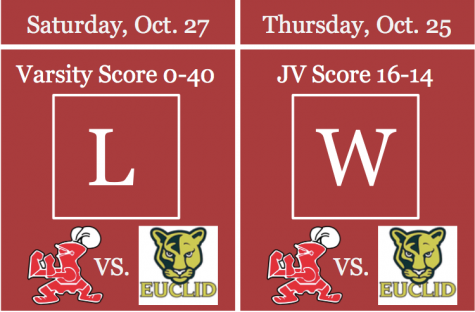 The Raiders played their final game of the season last Saturday again Euclid. Unfortunately, Shaker was shutout and the final score was 0-40. Euclid moves to 8-2 and advances to the Region 1, Division 1 playoffs, where they will host Austintown-Fitch this Friday night. After starting out the season with 5-1 record, the Raiders lost their last 4 games and finished 5-5. 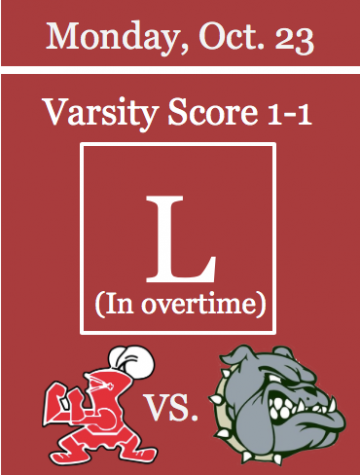 After going into double overtime and two rounds of penalty kicks, the Shaker women’s varsity soccer team, seeded third in the district, ended their hopes of becoming district champions when they lost to Berea-Midpark, in the district semi-finals. The score was tied 0-0 until Berea-Midpark, seeded second in the district scored in the second half of the game. Caroline Brancato scored in the last four minutes of the of the regular time limit, forcing overtime. After two 15-minute overtimes, neither team scored and the penalty kick rounds began. The Raiders eventually lost during sudden death in a second round of penalty kicks. Great season Raiders!