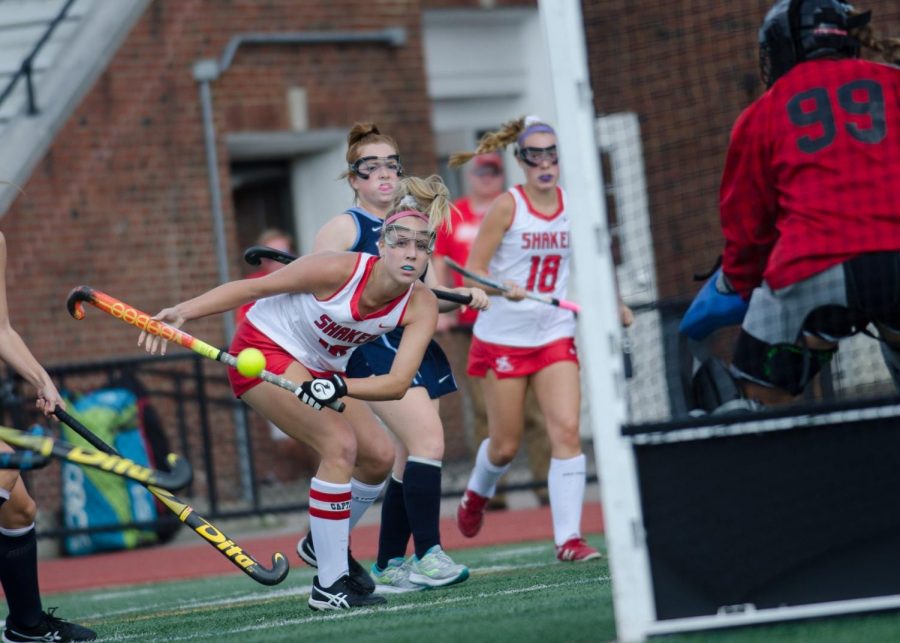 Senior Lora Clarke has a reverse shot on cage

The field hockey team finished off a dominant week with an 8-0 shutout win over Maumee Valley on Saturday afternoon, after dismantling Ottawa Hills 12-0 earlier in the day. They also beat Hudson 2-0 on Tuesday behind goals from senior Lora Clarke and junior Lily Camp, making their combined score for the week 22-0. They will look to continue their domination in a home match versus Laurel this Monday. 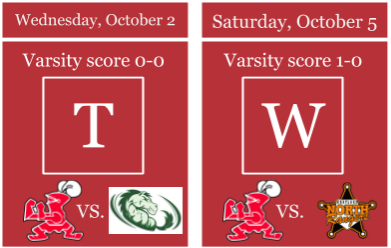 The men’s soccer team tied and won in their two games last week. They played Strongsville on Wednesday in a match that ended in a 0-0 draw, and shutout Eastlake North 1-0 on Senior Day. Shaker’s next match is at Mentor this Monday. 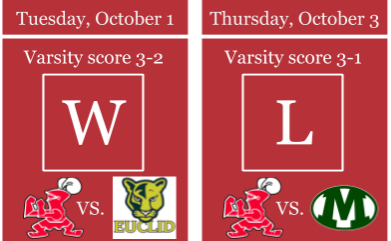 The volleyball team went 1-1 on the week, after a 3-2 win versus Euclid and a 3-1 loss against Medina. Tuesday’s match went to a deciding fifth set which Shaker won 15-10. After winning the first set on Thursday, they dropped the next three to Medina. Their next match is Monday at Brunswick. 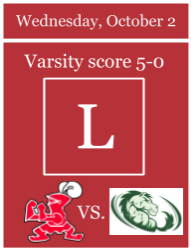 The women’s soccer team lost their lone match of the week 5-0 to Strongsville on Wednesday. Their next game is Monday versus Olmsted Falls on the road. 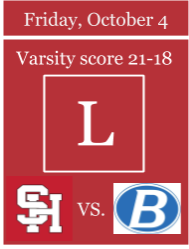 The football team dropped a close game to Brunswick on Friday night by a score of 21-18. The Raiders were led by two touchdown runs by Senior Victor Ford, one for four yards and one for 56 yards. Shaker will look to be back on track this Friday as they travel to Elyria.

The men’s and women’s cross country teams both participated in the Legends Invitational on Saturday. The men’s team took eighth place out of 25 teams, while the women’s team finished first behind top ten performances from senior Juliet Tonkin, sophomore Mia Compton-Engle and sophomore Anna Carpenter. The GCC Championships are next on Saturday. 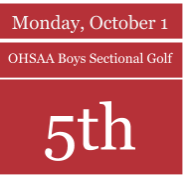 The men’s golf team missed qualifying for districts by one place on Monday as they finished outside of the top four. Shaker shot a 341, which was good enough for fifth place. Sophomore Robert Kimmel finished fourth overall and moved on to districts.