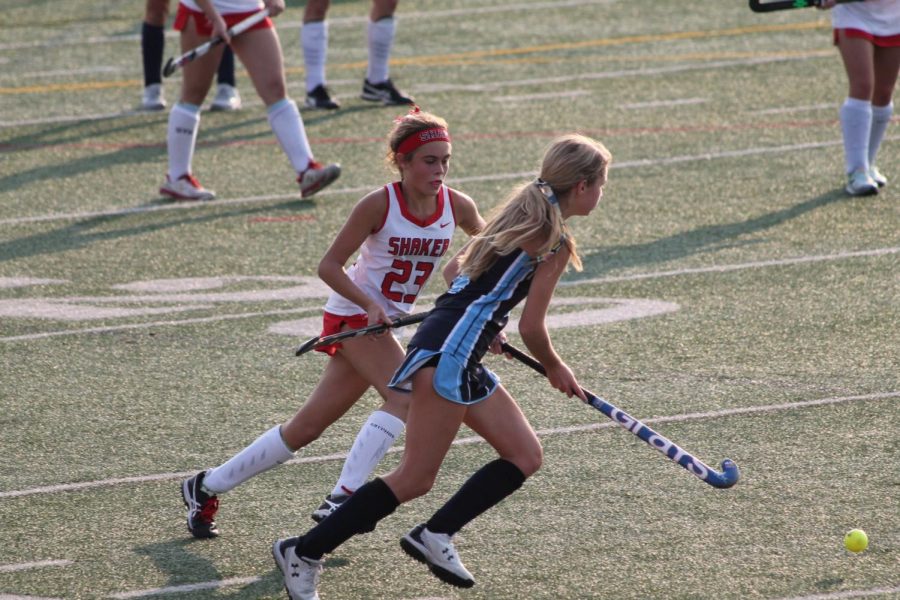 Varsity placed 9th at the Boardman Invitational this weekend. Senior DeAndre Hall placed 13th overall with a time of 16:43. Junior Gage Weingart had a great race coming in 61st overall and 4th out of the Shaker runners. Open won the Cleveland Heights Tri-Meet with help from seniors Ben Cox and Sam Morris who placed 1st and 2nd respectively. 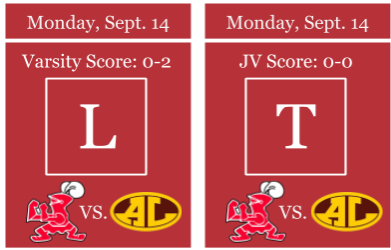 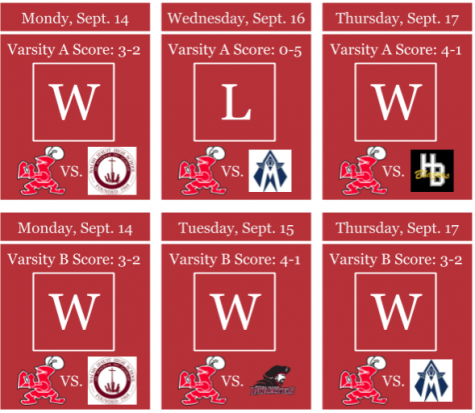 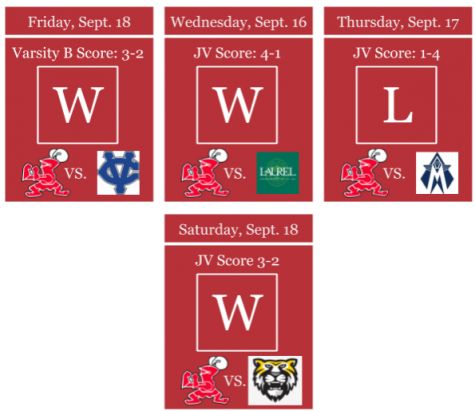 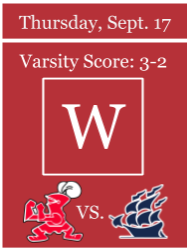 On Thursday, Varsity beat Hudson in an exciting overtime game. The goals in regular time were scored by sophomore Skylar Sokal and senior Lily Camp. The overtime goal that one it for Shaker was scored by freshman Charlotte Glasper. 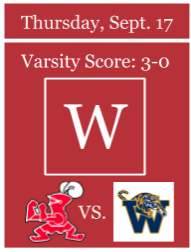 Varsity beat Warrensville in three sets on Thursday. They won the first set 25-16 and the second 25-8. The secure the win they won the third set 25-11. Varsity faces off against Maple Heights on Tuesday. 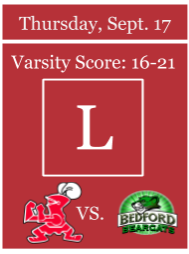 Varsity lost their Thursday night game against Bedford. Senior Carson Fowler made a 33 yard field goal and senior Josh Lanier recovered a fumble for a Touchdown. 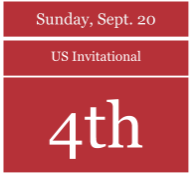 Varsity placed 4th out the 5 teams that played at the Us Invitational.They were led by junior Robert Kimmel who shot a 37 on the front 9 and a 35 on the back 9 for a combined score of 72. This was a low enough score for him to earn a medal. 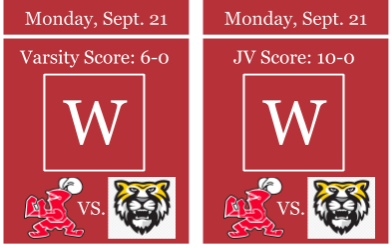 Varsity beat Cleveland Heights by a score of 6-0. Their goals were scored by freshman Charlotte Smyers who had two, junior Kate Meinhard who also had two, freshman Maya Carroll and senior Caroline Brancato. Three of the goals scored were assisted by senior Sierra Hurle which all came off of corner kicks. JV also beat Cleveland Heights with a stand-out offensive game, they ended up winning 10-0.

Varsity beat the 11th ranked Wooster in an impressive 2-1 win. They were able to maintain their undefeated record with goals from junior Luke Stefanski and senior Mark Sauerland. JV A tied their game against Wooster. It was a battle between defense and no team was able to score. JV B won their first game of the season against Mentor. They were helped by goals from sophomores Jackson Fowler and Athan White, who was assisted by sophomore James Rhodes. 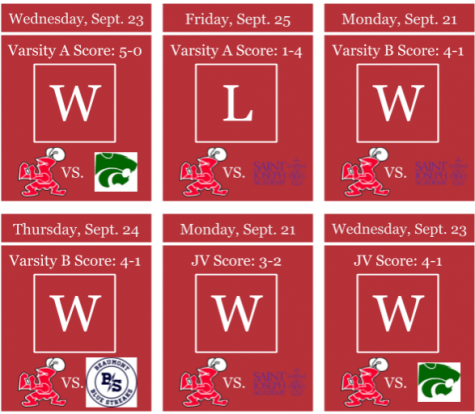 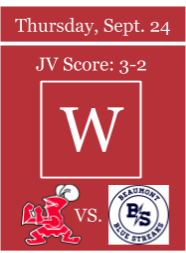 On Wednesday, Varsity A won all their matches against Mayfield, including singles players senior Natalia Glinzler, sophomore Ruth Wilson, senior Kayla Lowery. On Friday, Varsity A lost to St. Joes 1-4 with only their only win coming in a doubles match won by senior Katy Cronin and junior Bella Glinzler. Varsity B won both of their matchups this week. On Monday, they won 4 out of their 5 matches against St. Joes. On Thursday, they beat Beaumont 4-1. JV also went undefeated this week by winning all 3 of their matches. On Monday, they beat St. Joes 3-2. On Wednesday, they beat Mayfield 4-1 and on Friday, they finished the week strong with a 3-2 win over Beaumont. 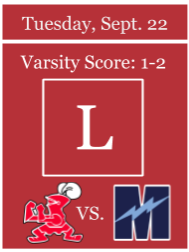 On Tuesday, Varsity lost their only game of the week in a close matchup. The game came down to a sudden death overtime where Magnificat scored and won. Shaker’s lone goal was scored by senior Lily Camp. 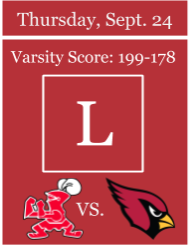 On Thursday, Varsity hosted Mentor at Shawnee Hills Golf Course. Shaker lost 199-178 and the lowest score that they shot was a 47.

On Saturday night, Varsity took home first place at the Riverside XC Night Invitational. They were led by senior Avery Blaszak who placed third and junior Mia Comton-Engle took 6th. This was the first time in Shaker XC history that six girls finish in under 20 minutes. Open placed 4th at the same invitational with help from senior Annika Janikowsky, freshman Claudia Cullen and senior Lauren Sheperd who took 16th, 17th and 18th respectively. 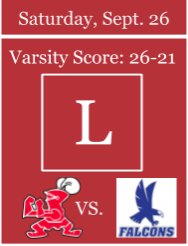 Varsity lost in a heart-breaker. They were winning up until the last 20 seconds of the game when Lutheran East scored another touchdown. Junior Adam Diaz and Senior Max Benicasa connected on two touchdown passes, one in the first half and the other in the second.