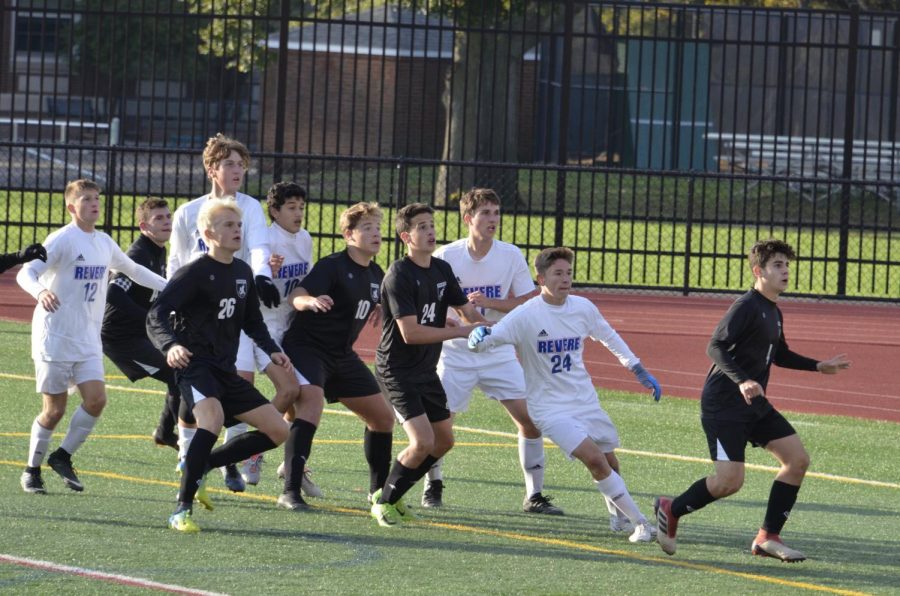 The “Raider Review” is a weekly series that The Shakerite will publish every Monday night, covering the previous week in sports. This week’s edition covers sports events that fell between Oct. 8-14. Next week will feature games from Oct. 15-21. 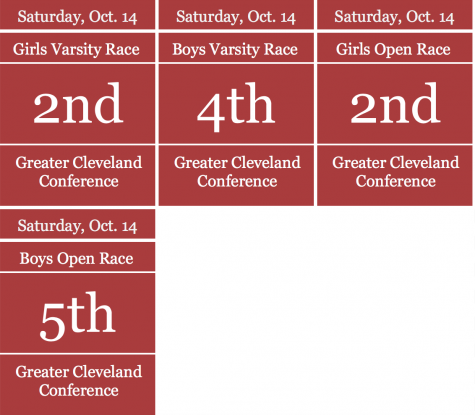 This weekend, the cross-country team ran their final regular season meet. The meet was held at the Strongsville High School cross-country course. The girls varsity team placed second out of the eight teams also competing. The top five runners that scored were, Avery Blaszak in 6th place, Anna Carpenter (15), Esti Goldstein (16), Hailey Stupay (17) and Juliet Tonkin (26). Seven of the girls varsity runners will be competing next weekend at the District Meet at Madison High School. Go Raiders!

Despite the cold and muddy conditions, the girls open team also placed second out the seven teams in their race. This was the last race for all the seniors that are not continuing on into the postseason. A highlight of this race was Sophia Arnoldi’s third place finish with a time of 21:29.57 for her 5k.

The boys varsity team managed to place fourth out of the seven teams in the Greater Cleveland Conference. Runners scoring in the boys varsity race were, Matt Burnard coming in 5th place, Vivek Divakarla (7), David Carpenter (15), Deandre Hall (16) and Zak Reape (37). The boys varsity team will also be competing next week in the District meet.

During the boys open race, they placed fifth out of six teams. Generally, times for all of the races were much slower than normal because of rain the night before and morning of the meet. As well as seniors in the girls open race, this was the final high school meet for any seniors that competed in the boys open. Great job boys!

Varsity field hockey had yet another week of wins. During their first game of the week, they scored 10 goals on the Kent Roosevelt Rough Riders. Goals were scored by Fiona Boyle (4), Lora Clarke (3), Maggie Carter, Lily Camp and Stella Hubbard. Their second game was against the Fox Chapel field hockey team, who came all the way from Pittsburgh to play Shaker. The Raiders easily defeated them 7-0 with goals by Lora Clarke (2), Lily Camp (2), Hilary Shakelton, Maggie Carter and Stella Hubbard. 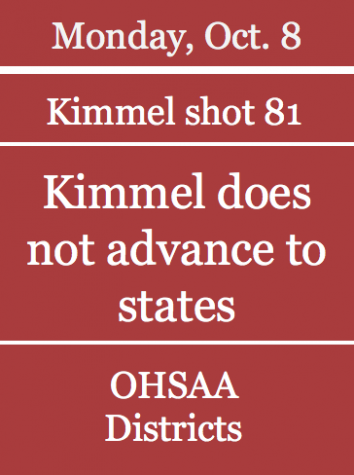 After a great season, Robert Kimmel does not advance past the district round to make it to states. Kimmel shot an 81 at the Pine Hills Golf Course. This marks the end of the boys golf season. 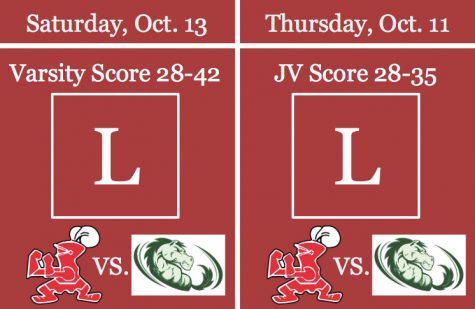 The Shaker Raiders suffered a harsh loss to the Strongsville Mustangs 28-42. In the first quarter, the Mustangs flew to a 21-7 lead. The Raiders brought the game to a tie in the third quarter with a touchdown pass from Will Schinabeck to Dakota Cochran, and a touchdown run from Victor Ford. But then, the Mustangs responded with another two touchdowns to put the game away. Now, the Raiders have 5-3 record and will travel to Solon next Friday. The game against Solon will either make or break the Raiders’ season. 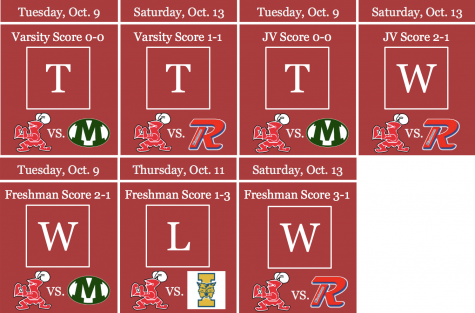 The boys varsity soccer team managed to tie both of their soccer games against the Medina Bees and the Revere Minutemen this week. As of right now, Medina is ranked 7th in the state for soccer. With this tie, this shows that the boys varsity team has a chance to advance during playoff season. Against the Minutemen, Tristan Hart scored one goal, with the game ending in a tie.

The Raiders’ junior varsity soccer team also had a good week. Similar to varsity, they tied their game against Medina 0-0. On Saturday, goals were scored by Victor Matts and Josh Reape. This was the final junior varsity game of the season. Great job boys!

On Tuesday, the Raiders’ freshman team also played Medina, but they ended up winning 2-1. Goals were scored by Alhusain Kaba and Grant Lemay. On Thursday, the freshmen played the Saint Ignatius Wildcats, but lost 1-3 with a goal scored by Jack Adams. Finally, they played Revere on Sunday as well and won with two goals scored by Jack Adams, and one goal scored by Alhusain Kaba. This marks the end of the freshman teams’ season.

This was the last week of the regular season for the girls varsity soccer team. On Monday, they defeated the Laurel Gators 5-0 with goals scored by Ellie Vahey, Adaeze Okoye, Audrey Himes,  and Elizabeth Bugenske. On Wednesday, the Raiders played Medina who is a favorite for the state championship title. The Raiders started the game with a 2-0 lead, with goals scored by Kenzie Trotter and Elizabeth Bugenske. After Medina gained momentum, they proceeded to score six goals on Shaker. The Raiders begin the playoff season this week. Good luck Shaker!

At the OHSAA District Tournament last Thursday, Caitlin Bocks was seeded third out of four other girls that qualified for the first singles matches. Unfortunately, Caitlin was eliminated in the first round of competition and will not be advancing to the State Championship. This officially marks the end of the girls tennis season. Great job to the tennis team and Caitlin! 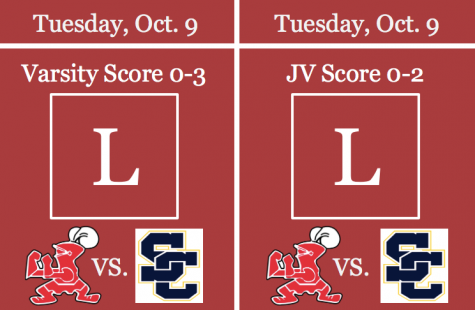 Similar to most of the raiders fall sports teams, this was the final regular season game for varsity volleyball, and the end of the season for athletes on junior varsity. Sadly, the Raiders won none of their sets against Solon this week for both varsity and junior varsity. Great season junior varsity girls, and good luck in the playoffs to those on varsity!