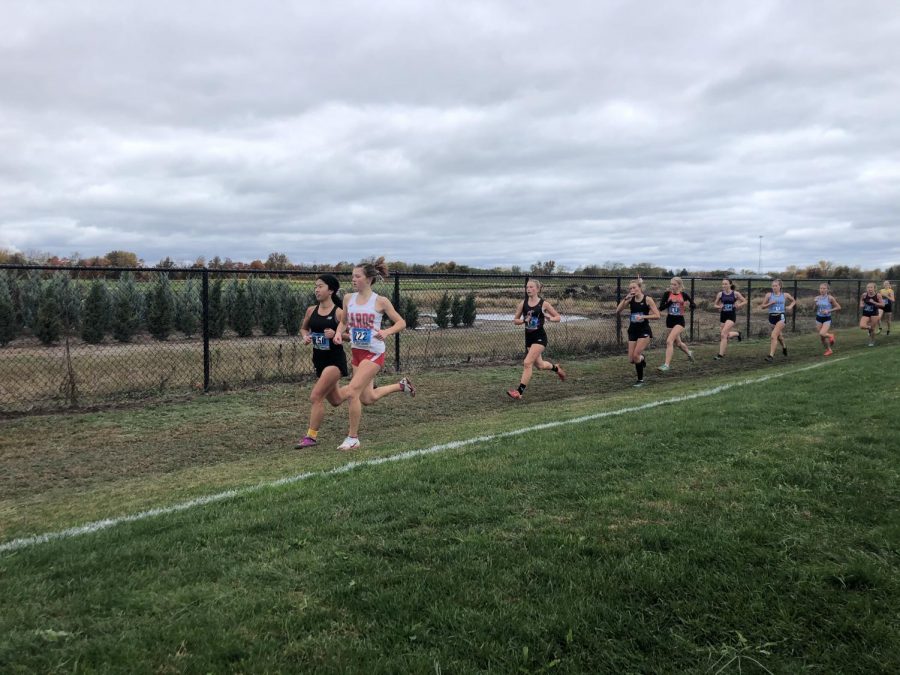 Junior Mia Compton-Engle leads the pack at the District Championship at Madison. 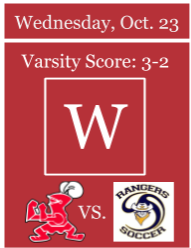 Varsity kicked off their 2020 playoffs with a 3-2 win over North Ridgeville in the OHSAA Sectional Round.  After the first half, the Raiders were winning 2-0 after goals from junior Kate Meinhard and sophomore Meilani Walker. To start the second half, sophomore Meilani Walker scored her second goal to extend the Raiders lead to 3. North Ridgeville started to come back and scored two goals but this was not enough to beat the Raiders. Varsity will face Medina tonight. 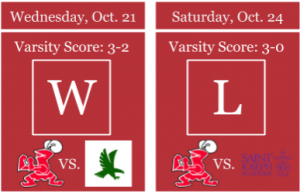 Varsity Volleyball started their playoffs off strong with a 3-2 win over Akron Firestone in the OHSAA Sectional Round. They won the first set 25-22. Firestone was able to tie up the match with a 25-19 second set win. The Raiders won the third set 25-22 with a couple of aces from sophomore Allana Applebee. In the fourth set, Firestone was able to overcome a 9 point deficit and win the set, 25-23. In the final set, the Raiders dominated Firestone and won 15-4 to move onto the next round of the playoffs. Volleyball ended their season in the sectional final in a 3-0 loss against St. Joseph Academy. They lost the first set 25-10, the second set 25-13 and the final set 25-11. Varsity finished with a 13-3 record and an LEL Championship. They finished 11-0 against LEL teams. 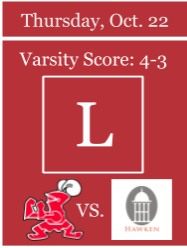 On Thursday, varsity lost in a close 4-3 overtime playoff game to end the season for the 2020 Field Hockey Team. At halftime, Shaker was trailing 1-0. With a goal with 6:46 left to go in the third quarter, they were able to tie it at 1-1. The rest of regulation was scoreless so overtime was forced. After both overtimes went scoreless, they headed to a penalty shootout. Even with a great save in the shootout from senior Athena Vadnal, they weren’t able to score enough penalty shots. Varsity finished with a record of 6-2-1. 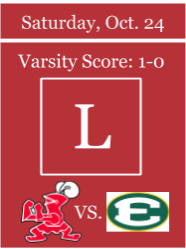 Varsity ended their season in a heartbreaking 1-0 loss to St. Edward in overtime. St. Eds scored their lone goal with 2:28 left in overtime. Varsity had a strong season as they finished with a record of 7-3-1. At one point during the season they were ranked 5th in the state. 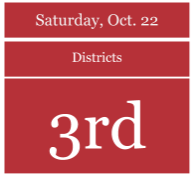 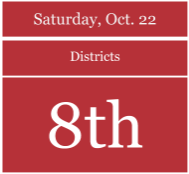