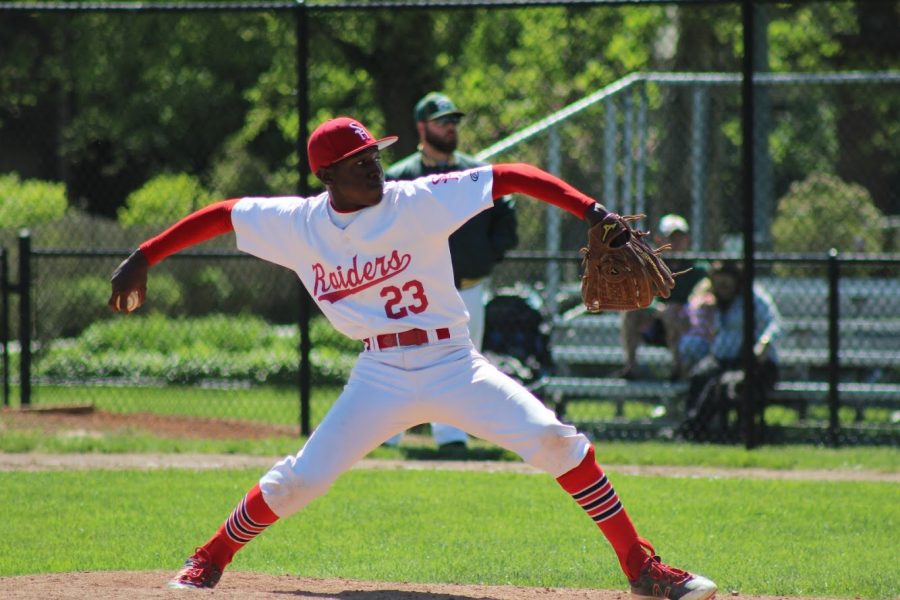 Senior Bryson James throws a pitch against Medina this past Saturday on senior day.

The “Raider Review” is a weekly series that The Shakerite will publish every Monday night, covering the previous week in sports. This week’s edition covers sports events that fell between May 7-13. 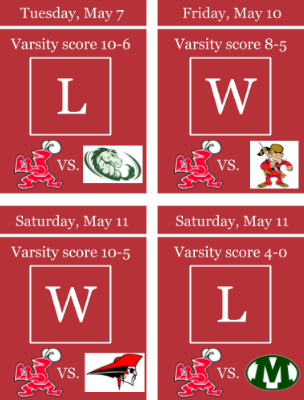 The varsity baseball team went 2-2 over the week as they beat Elyria 8-5 and Perry 10-5, but lost to Strongsville 10-6 and Medina 4-0. The team improves their record to 7-15 and will now prepare for the postseason. The Raiders are the number 11 seed in the Hudson district bracket and will face number six seed Nordonia Knights on Tuesday. The winner of that game will face number three seed Twinsburg Tigers later this week, while the loser will be eliminated from further contention. 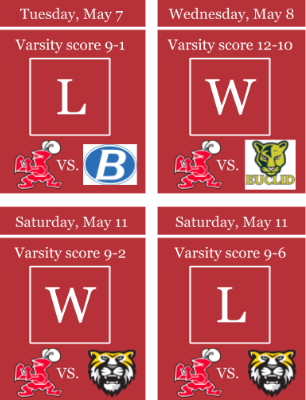 The varsity softball team also went 2-2 over the week as the beat Euclid 12-10, lost to Brunswick 9-1 and played a double header against Cleveland Heights, first winning 9-2, then losing 9-6 in the second game. With their loss to Madison in the first round of the district tournament May 6, their official season is over. However, the team will continue making up cancelled games from the regular season as they face Medina for their next game. 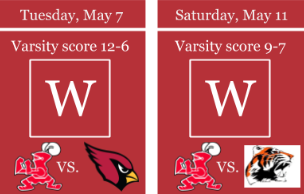 The varsity men’s lacrosse team went 2-0 over the week, defeating Mentor 12-6 and Chagrin 9-7. With both wins, the team finishes the season with a 15-3 record and sets the school record for the most amount of wins in a lacrosse season. With the conclusion of the regular season, the team will set their focus to the postseason as they face Canton Glenoak tomorrow at home. The winner advances, the loser is eliminated. 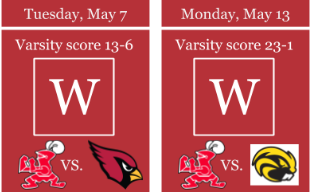 The varsity women’s lacrosse team went 2-0 over the week as they beat Mentor 13-6 last Tuesday and Painesville Riverside 23-1 in a playoff game today. With the win over Mentor, the team finishes the season with a 9-6 record. After their blowout playoff win, the team will travel to Hudson on Wednesday for their next game. Winner of this game advances, while the loser is eliminated. Hudson defeated Shaker in a earlier match this year, 15-4.

The rugby team defeated Medina in the first round of the playoffs this past Sunday 15-10. With the win, the team will now advance to the state quarter-finals, where they will face the Miami County Bombers next Sunday.

The crew team competed at Midwest Scholastic Rowing Championship this past weekend in Zainesville, Ohio. Senior and Texas commit Sophia Calabrese placed first in the women’s single and will advance to the national championship. The women’s JV Novice-4 boat placed third and will also advance to nationals.