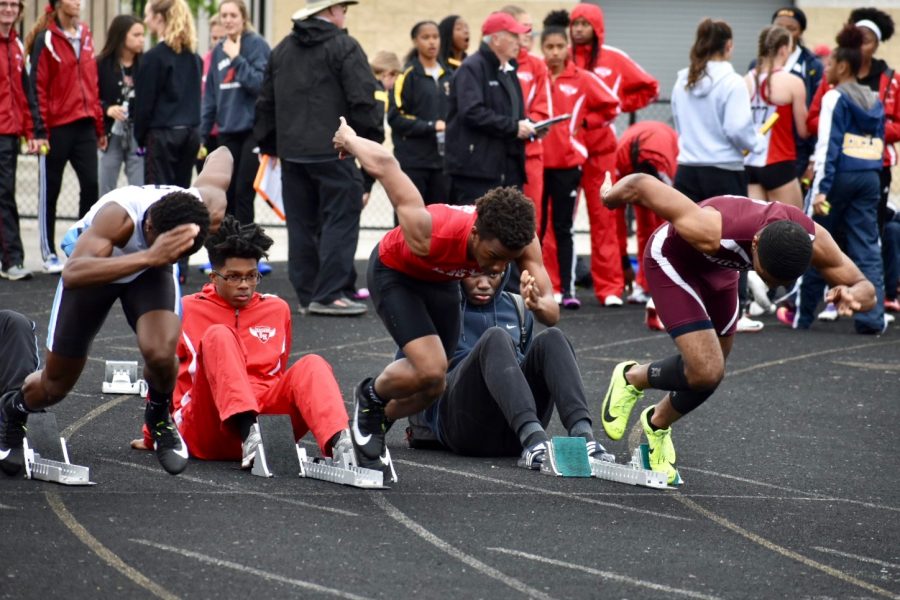 The “Raider Review” is a weekly series that The Shakerite will publish every Monday night, covering the previous week in sports. This week’s edition covers sports events that fell between May 14-20. 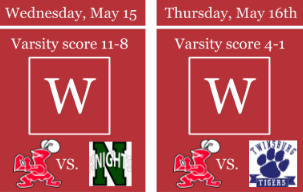 The varsity baseball team continued their remarkable run in the postseason this week, as they went 2-0 beating Nordonia 11-8 and Twinsburg 4-1. In the game against Twinsburg,  junior Calvin Brown hit the go-ahead double to drive in three runs after the game was tied 1-1. Senior Owen Barnard also was credited for the win. The Raiders will look to continue their miraculous run as a number 11 seed, as they are now the lowest seeded team in Ohio Division 1 baseball. The team will travel to Hudson, the number three seed, Tuesday night in the district semifinal. The winner will head to the district final, where they will play either Walsh or Solon, depending on which team wins that game. 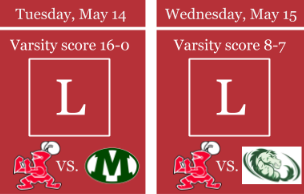 The varsity softball team lost both of their rescheduled regular season games this past week as they lost to Medina 16-0 and Strongsville 8-7. With both of the losses the team finishes the season with a 3-13 record. The team will set their sight onto next season. 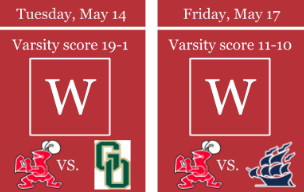 The varsity men’s lacrosse team won both of their postseason games this week, as they defeated Glenoak 19-1 and Hudson 11-10 in double overtime. Senior James Hubbard led the team with five goals, along with the game-clinching goal in the second overtime. During multiple points of the game, the team trailed by as many as four points. With the win, the team advances to the regional semifinal, where they will host St. Edward on Tuesday. The winner will proceed to the regional final and will play either St. Ignatius or North Canton Hoover with a chance to advance to the final four.

The varsity women’s lacrosse team season ended this past Wednesday when they lost to Hudson 15-8. The team did manage to have a lead most of the first half, but Hudson proved to be too much as they scored eight second-half goals, compared to only three for the Raiders. With the loss, the team finishes the season with a 9-7 record and will look forward to next season. Hudson is currently in the regional finals.

The men’s and women’s track teams both competed in the OHSAA Division 1 district meet this past Wednesday and Friday at Mayfield. Multiple people from both teams qualified for the OHSAA division 1 regional meet at Austintown-Fitch this Wednesday. For the women’s team, junior Adaeze Okoye; sophomores Hilary Shakelton, Nina Feliciano, Anna Krouse, Avery Blaszak, Esti Goldstein and Morgan Fowler; and freshman Erin Williams all will continue their seasons with that meet. For the men’s team, seniors Matt Burnard and Brandon Duffett; juniors Jaivon Harrison, Lukas Zarders, Ian Suber, Vivek Divakarla and Ben Stefanski; and sophomores Deandre Hall, Gabriel Tolbert, Ben Cox and Tivaughn Robinson will also all travel to Austintown-Fitch as both teams will look to send these runners to the state championship in Columbus next weekend.