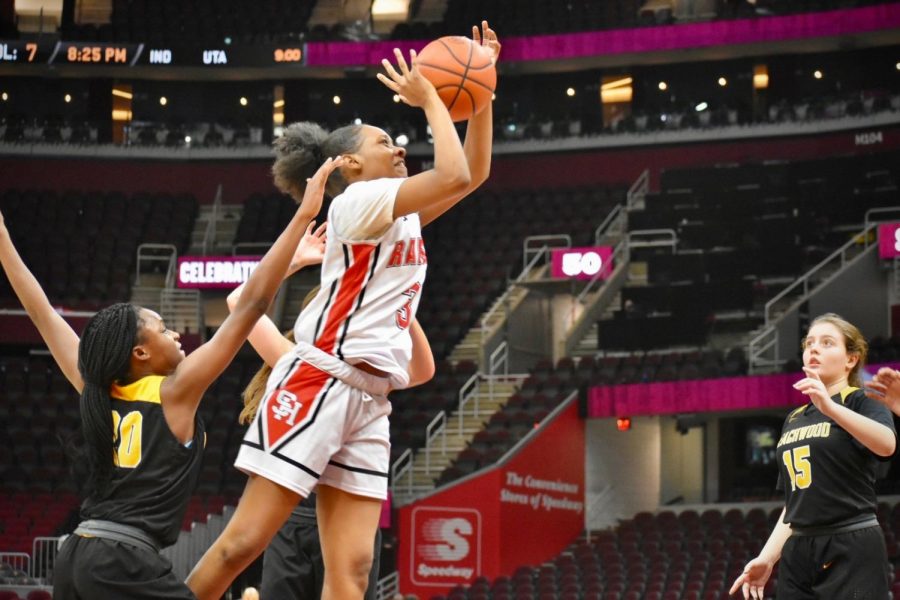 Junior Tahsja Jackson takes a shot in a Jan. 20 games versus Beachwood at Rocket Mortgage Fieldhouse. 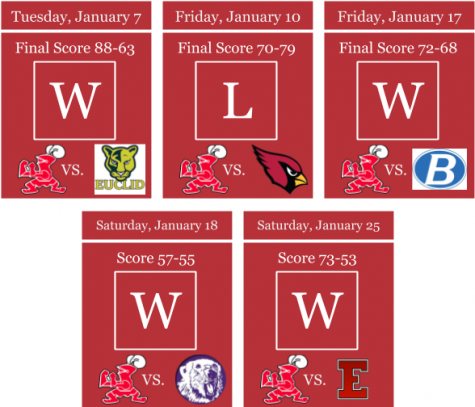 The varsity men’s basketball team went 4-1 over their last five games. Shaker got the win over Euclid on Tuesday before dropping one on the road to Mentor on Friday. Senior Shammah Scott led the way for the Raiders with 18 points in the 88-63 victory versus Euclid on Tuesday. Shaker also picked up wins versus Brunswick, Jackson High School Massillon, and Elyria. 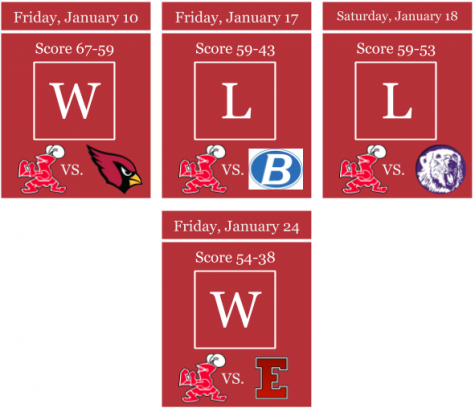 The JV men’s basketball team went 2-2 in their last four games. Shaker beat Mentor 67-59, before losing games to Brunswick and Jackson. The Raiders bounced back with a 54-38 win over Elyria on Friday. They will try to start a win streak with an away game on Tuesday against Solon. 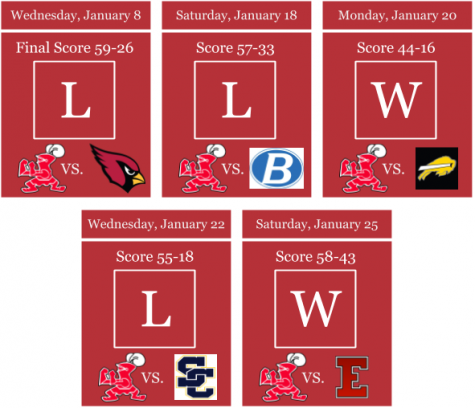 The varsity women’s basketball team won two of their last five contests. They started off with losses against Mentor and Brunswick before beating Beachwood 44-16 at Rocket Mortgage Fieldhouse. They also lost to Solon, but got the victory versus Elyria 58-43 on senior night. Their next game is Wednesday away at Euclid. 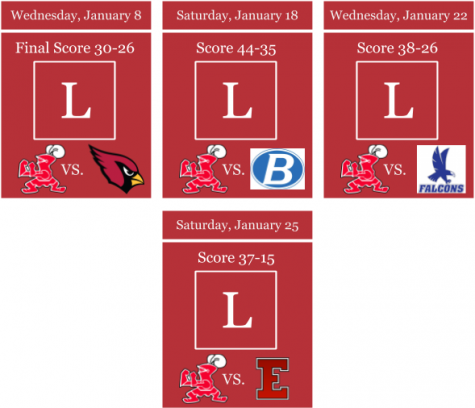 The wrestling team lost to Medina 64-12 and Brunswick 65-15 before falling to Elyria 83-0 on Saturday. Senior Najee Lockett won the Top Gun Championship at 170 pounds. He is now ranked 15th in the country at 170 pounds. 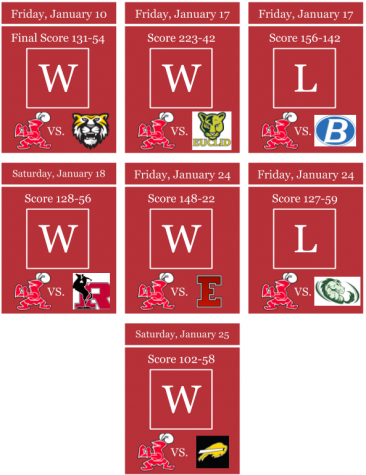 The women’s swimming and diving team has won five of their last seven meets. They beat Cleveland Heights 131-54, before beating Euclid 223-42 and losing to Brunswick 156-142 a week later. The Raiders bounced back the following day with a decisive 128-56 win over Kent. They also beat Elyria and Beachwood, but fell to Strongsville 127-59. Their next meet is this Friday away against Akron Firestone. 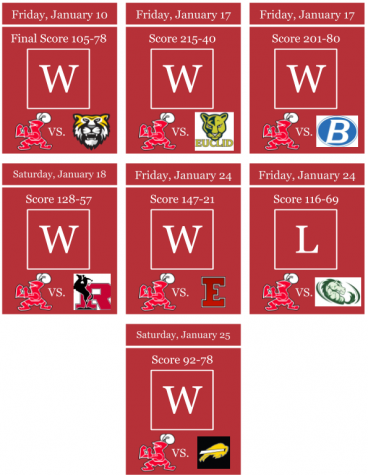 The men’s swimming and diving team only dropped one of their last seven meets. Shaker picked up wins over Cleveland Heights, Euclid, Brunswick, Kent, and Elyria and then lost to Storngsville before keeping their hot streak going with a win over Beachwood. Senior Nico Poggio and senior Lucas De Lima each won an event to help the Raiders pick up the win against Kent on Saturday. Their next meet is this Friday at Akron Firestone. 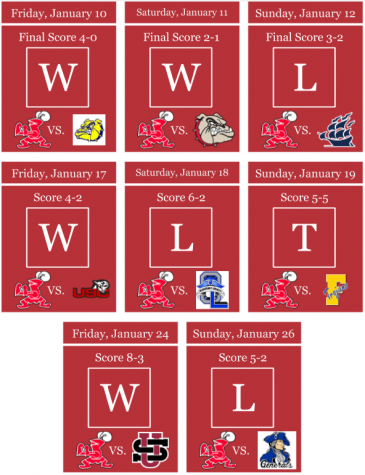 The varsity hockey team went 4-2-1 over their last five games. Shaker beat Olmsted Falls and Meadville (PA), before losing a 3-2 match to Hudson. Sophomore goalie Garrett Ritts shut out Olmsted Falls on Friday, and junior Josh Floyd scored both Raider goals in a 2-1 victory versus Meadville on Saturday. The Raiders played in the Walsh MLK Tournament. They beat Upper St. Clair, tied Findlay, and lost to Olentangy Liberty. They also picked up a win over University School in which senior Devin Campbell scored four goals, but lost to Anthony Wayne 5-2. Their next game is Friday away versus St. Edwards. 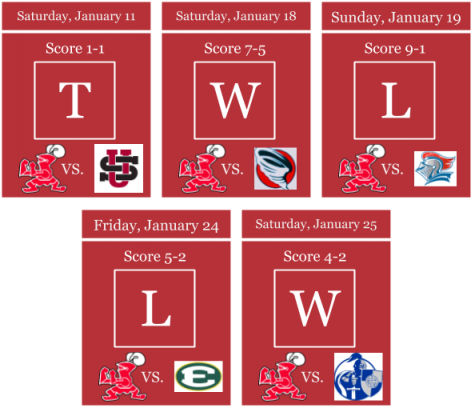 The JV hockey team tied University School 1-1 on Saturday the 11th. Shaker also competed in the MLK Tournament where they beat Kent 7-5, but lost to St. Francis 9-1. The Raiders also lost to St. Edwards 5-2 and beat Gilmour 4-2.