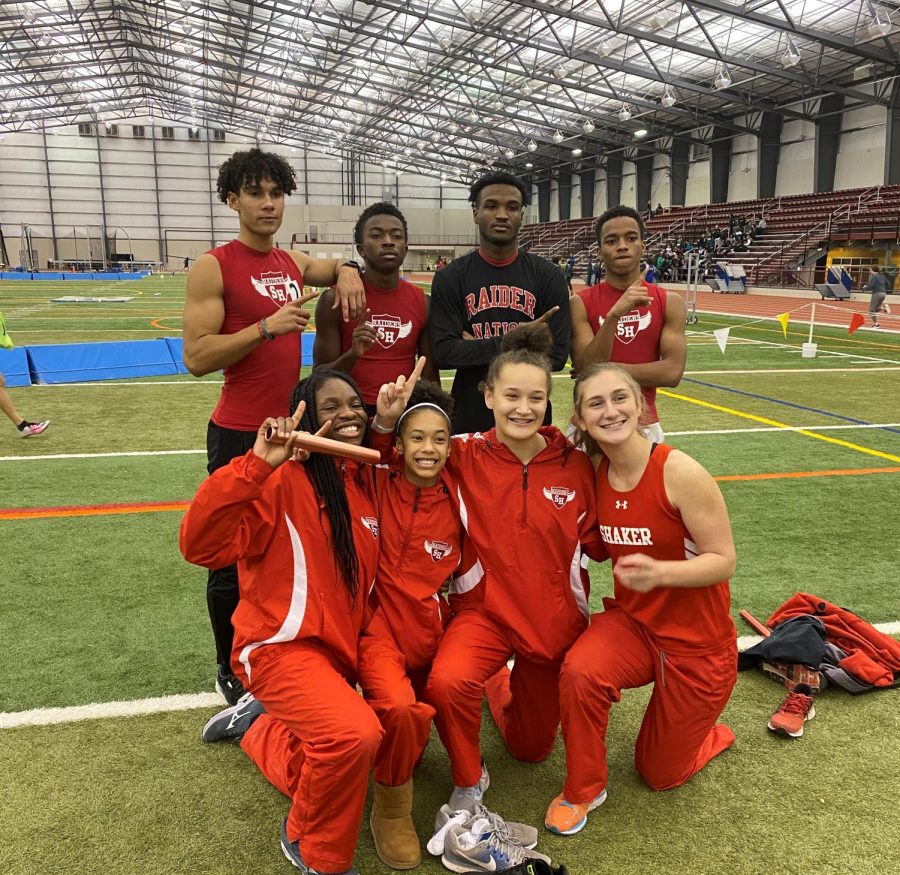 The womens and mens 4x200 meter relays pose after they ran state-leading times at Friday's meet. 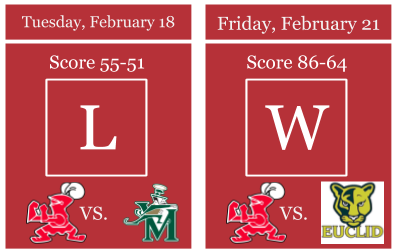 The varsity men’s basketball team split the two games they played against St. Vincent-St. Mary and Euclid last week. On Tuesday, Shaker lost to  St. Vincent St. Mary 55-51 on the road, but bounced back with a decisive 86-64 victory over Euclid on Friday. The Raiders finished the regular season with a record of 17-5. 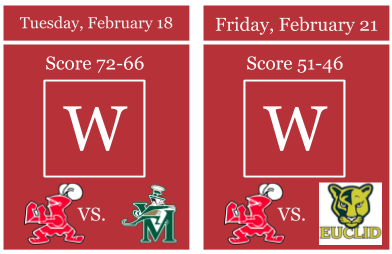 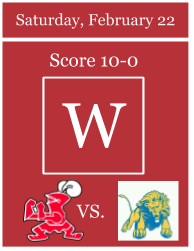 The varsity hockey team began the OHSAA Tournament with a ten goal shutout win over NDCL. The Raiders advanced to the second round, where they will face Walsh Jesuit on Tuesday. Shaker has lost two of the three games they have played against Walsh so far this year. If Shaker were to beat Walsh, they would face either #2 seed Mentor or #11 seed Aurora on Saturday.

On Friday, the wrestling team faced off with Cleveland Heights in the final dual match of the season on senior night. Senior Najee Lockett, senior Eli Meinhard and junior Tre Brady each won their match, but Shaker lost to Cleveland Heights. They are now preparing for districts.