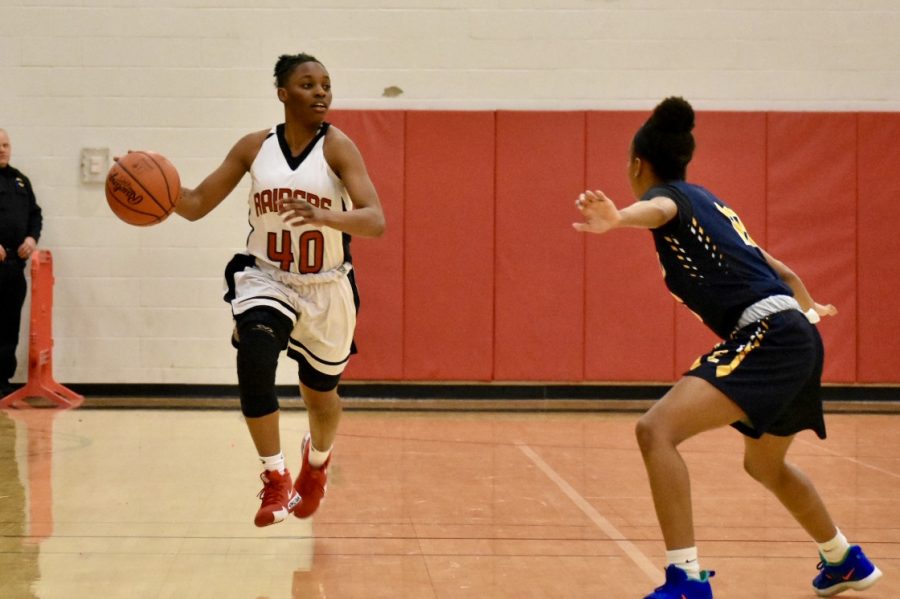 Senior Anajiah Wallace takes the ball up the floor against Euclid this past Wednesday.

The “Raider Review” is a weekly series that The Shakerite will publish every Monday night, covering the previous week in sports. This week’s edition covers sports events that fell between Feb. 11-17. 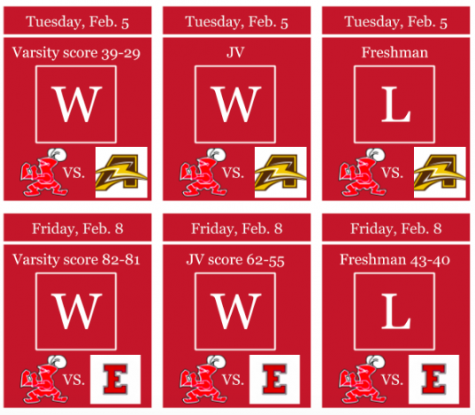 The men’s varsity basketball team went 1-1 this past week at they lost to Brush 39-29 but beat Elyria 82-81 in overtime. Last Tuesday, in front of a sold-out home crowd, Brush jumped out to a 24-16 lead after the first quarter. Shaker fought back in the 2nd quarter and kept it within ten points. At halftime the game was cancelled due to unsafe conditions from the crowd. The game is recorded as a loss for the Raiders and will not be made up. Brush moves to 16-2 and remains number three in the cleveland.com Division 1 basketball rankings. Shaker moves to 11-6 and plays Elyria next.

Last Friday, against Elyria, the Raiders won a hard-fought game in overtime. Junior Dakota Cochran led the Raiders in points, again, as he scored a season-high 33 points, along with 14 rebounds. Junior Shammah Scott and Senior Demaris Conner combined to score 30 points. Conner also hit a three-point buzzer beater in the fourth quarter to send the game to overtime where the Raiders would pull away and win. With the win, the Raiders are now 12-6 and will play 10-8 Solon on Tuesday night at home. The Raiders beat Solon 95-91 in overtime the first time they played this season.

The JV basketball team also won both of their games this week as they took down Brush and Elyria 62-55. The freshman team lost to both Brush and Elyria this past week. Both teams will play Solon on Tuesday before the varsity team plays. 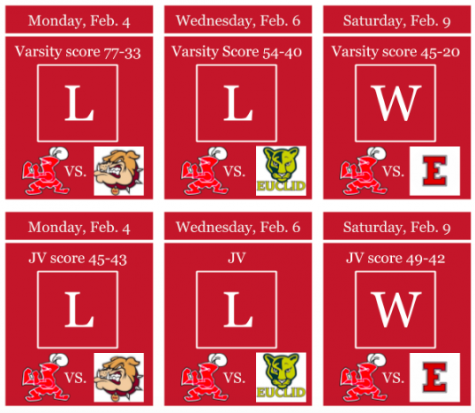 The women’s varsity basketball team went 1-2 this past week as they lost to Stow-Munroe Falls 77-33 and Euclid 54-40, but beat Elyria 45-20. Last Monday, in a non-conference game, Stow-Munroe Falls jumped out to a big lead early and never looked back. Stow-Munroe Falls moves to 19-2 and maintains first place in the Suburban Conference. On Wednesday, against Euclid, the Raiders struggled again, as Euclid proved to be too much. However, on Saturday for senior day, the Raiders won against Elyria. Senior Kayla Young led the team with 20 points and with the win, the Raiders improve to 2-18. The team will play a rescheduled game against Mentor Tuesday night.

The women’s JV basketball team went 1-2 this past week as they also lost to Euclid and Stow-Munroe Falls, but beat Elyria. The team will also play a rescheduled game against Mentor on Tuesday before the varsity team plays. 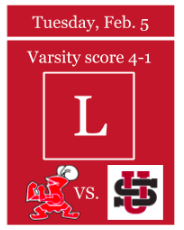 The varsity hockey team lost in the first round of the Cleveland Cup on Tuesday to University School 4-1. The team fell behind 3-0 after two periods and could not come back. Senior Britt Anderson recorded the only goal for the Raiders late in the third period. The conclusion of the tournament concludes the regular season with the  Raiders finishing at 15-10-6. The team will now look onto the postseason and will partake as the number two seed in the Kent district tournament. The winner of Aurora and Twinsburg will play the Raiders this Saturday at Kent State. 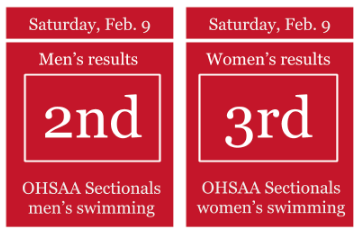 The postseason began this past weekend for both the men’s and women’s swimming teams as they competed at the Northeast District Mayfield Sectional at Spire Institute. The men’s team placed second while the women’s team placed third. One of the highlights of the meet was senior Charlie Gustafson setting the 100 meter fly for the sectional meet, which hasn’t been broken in 20 years. The men’s team is sending 12 athletes to districts while the women’s team is sending eight. The Ohio High School Athletic Association District Championship will be this Saturday at Cleveland State with a state championship berth on the line.

The wrestling team did not have have any meets this past week. The team will still travel to Euclid High School this Friday for the Greater Cleveland Conference tournament.