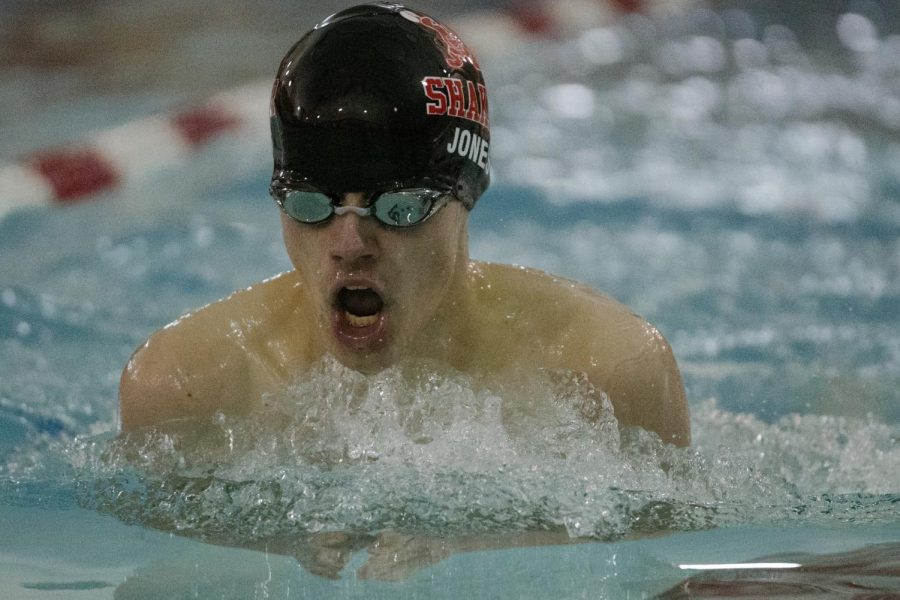 The “Raider Review” is a weekly series that The Shakerite will publish every Monday night, covering the previous week in sports. This week’s edition covers sports events that fell between Jan. 29- Feb. 3 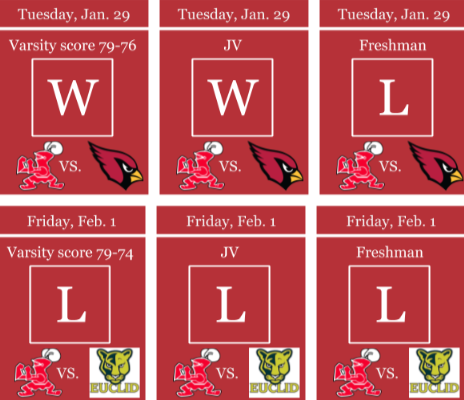 The men’s basketball team went 1-1 this past week as they lost to Euclid 79-74, but beat undefeated Mentor 79-76. After losing 80-79 in the home opener to Mentor, the Raiders were seeking revenge. Mentor came into the game as one of the few undefeated teams left in the conference at 12-0. After jumping out to a 12-0 lead, Mentor fired back and outscored the Raiders in both the second and third quarters. After trailing 59-49 heading into the fourth quarter, juniors Dakota Cochran and Shammah Scott combined for 38 points to rally the team back. Scott, then with 21 seconds left, hit a go-ahead jump shot to give the Raiders the lead, and ultimately, the victory.

On Friday, against Euclid, the Raiders suffered their first loss after eight games. Euclid jumped out to a 20-13 lead after the first quarter and never looked back. Euclid was led by Mario Lacy, Garvin Clarke and Reggie Priah, who combined to score 68 of Euclid’s 79 points. Though the Raiders cut the lead close in the fourth quarter, they were not able to overcome their mistakes. Junior Dakota Cochran led the team in points with 23. He also had help from senior Demaris Conner, who scored 14. The Raiders move to 11-5 and remain behind 14-1 Mentor in the conference rankings. The Raiders will host 14-2 Brush Tuesday night in one of the biggest matchups of the year.

The men’s JV basketball team won both of their games this week, while the freshman team lost both. Both teams will play Brush on Tuesday before the varsity team plays. 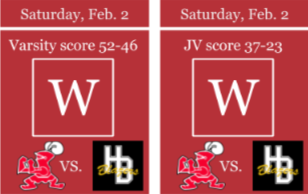 The women’s varsity basketball team picked up their first win of the season against Hathaway Brown 52-46. The team was led by sophomore Tahsja Jackson and senior Anajiah Wallace who combined for 27 points. Senior Kayla Young and junior Cecilia Zagara also each had seven points. With the win, the team advances to 1-16 and will play Stow tonight. The Mentor game that was supposed to be played last Wednesday night, but was rescheduled to February 12th due to the snow day.

The women’s JV basketball team also won their game against Hathaway Brown 37-23. They will also play Stow tonight. Their game against Mentor was also rescheduled to February 12th at Mentor.

The varsity hockey team suffered their second loss to St. Edward’s this year 7-2. Though the team led 2-0 early on, St. Edward’s scored seven straight goals. With the loss, the Raiders record is now 15-9-6. The team officially moves on to the postseason as they play University School for the third time this year in the Cleveland Cup on Tuesday night in Strongsville. The tournament will last all week. 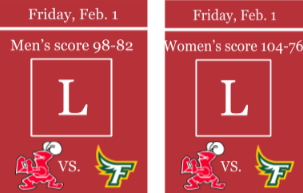 Both swimming teams lost this past weekend to Akron Firestone on senior day. The men’s team lost 98-82 and the women’s team lost 104-76. The meet concludes the regular season as both teams will send their qualified players to Spire Institute this Saturday for the Ohio High School Athletic Association Swimming Sectionals.

The wrestling team did not have have any meets this past week. The team will still travel to Euclid High School on February 15 for the Greater Cleveland Conference tournament.