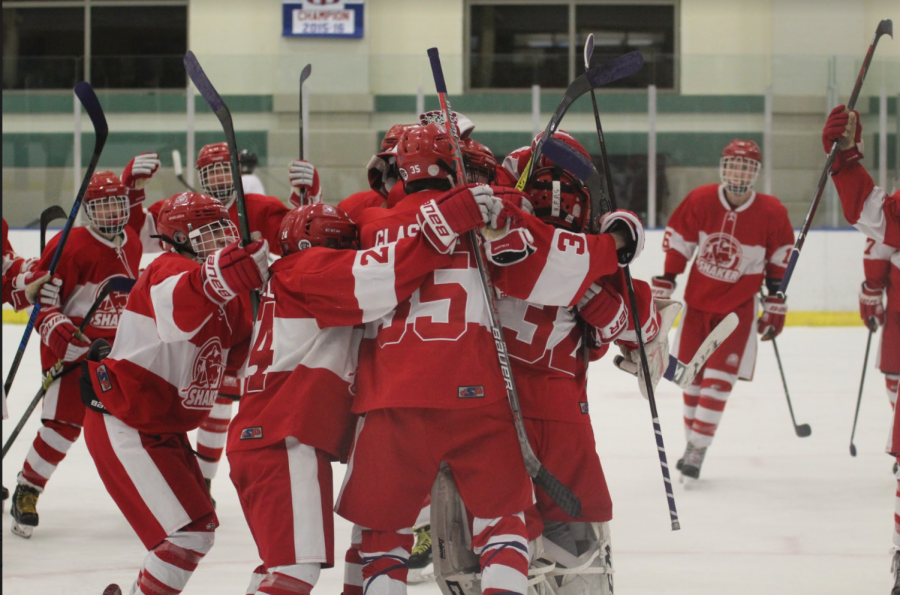 The varsity hockey team celebrates after a 1-0 win against University School on Saturday afternoon at Cleveland Heights.

The “Raider Review” is a weekly series that The Shakerite will publish every Monday night, covering the previous week in sports. This week’s edition covers sports events that fell between Jan. 22-28.

The men’s varsity basketball team picked up their seventh win in a row after beating Brunswick 78-58. Brunswick, led by guard Kyle Goessler, who had 22 points, started off strong as they led 21-17 after the first quarter. Shaker, however, responded by outscoring Brunswick 45-18 throughout the second and third quarter. Shaker was again led by Junior Dakota Cochran with 22 points and 11 rebounds. Juniors Shammah Scott and Che Johnson also combined for 30 points to help lead to the victory. With the win, the Raiders move to 10-4 and will face 12-0 Mentor on Tuesday. The Raiders lost to Mentor in their home opener, 80-79.

The JV team picked a win against Brunswick as well, as they won 61-48, while the freshman team lost 52-41. Both teams will also play at Mentor on Tuesday night before the varsity team.

The women’s varsity basketball team lost both of their games this week; 51-41 against Lutheran East, and 79-33 against Brunswick. Although the Raiders held the lead most of the game against Lutheran East, they were not able to overcome mistakes, as Lutheran East went on a late run to steal a victory. On Saturday, against Brunswick, the Raiders also started out strong but were not able to keep up, as they were outscored 44-10 in the second and third quarters. Brunswick had three players score double digit points. The Raiders, now 0-16, will try to get their first win of the season at Mentor, who is 4-12, on Wednesday.

The women’s JV team did not play at Lutheran East on Wednesday, but played Brunswick on Saturday and lost 49-25. The team will try to respond against Mentor on Wednesday, before the varsity team plays. 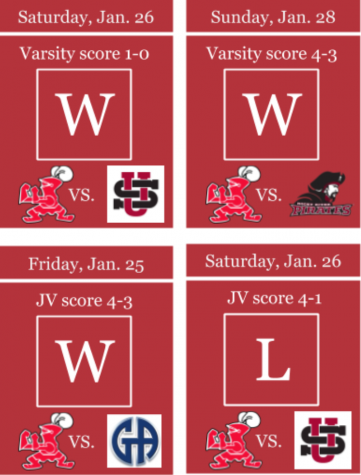 The varsity hockey team won both of their games this weekend; they beat University School 1-0 and Rocky River 4-3. On Saturday in a close, hard fought, rivalry game against University School, junior Logan Mears scored with four minutes left in the third period to give the Raiders the lead. Freshman goalie Garrett Ritts stepped up as he had his first shutout game of the season as well as big saves down the stretch. On Sunday, against Rocky River, seniors Britt Anderson, Evan Richards and Keenan O’Toole all scored to power the Raiders to a victory. With both wins, the Raiders move to 15-8-6 and will face St. Edward on Friday night at Winterhurst.

The JV hockey team went 1-1 over the weekend when they beat Gilmour 4-2 but lost to University School 4-1. In both games, sophomore Max Benincasa led the team in goals with three altogether. The team will host Rocky River at home on Tuesday night. 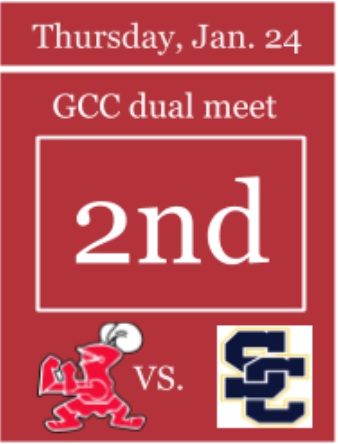 The wrestling team faced Solon this past Thursday. The meet was highlighted by junior Najee Lockett, as he continued his remarkable undefeated season. Sophomore Toriano Houston also had a big win against a top ranked wrestler. Ultimately, though, Solon scored more team points to get the win. The Raiders will now look towards the Greater Cleveland Conference tournament on February 15 at Euclid High School.