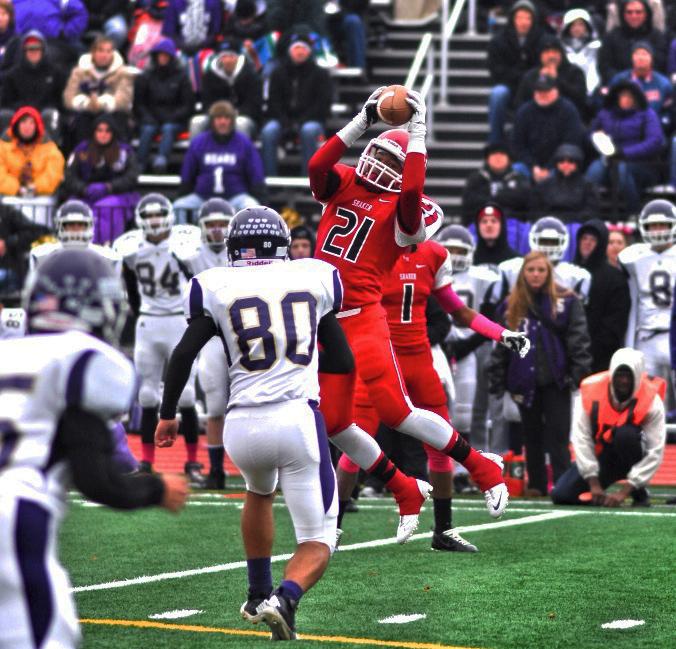 In a strange turn of events, Shaker football is heading to the playoffs for the first time since 2005. Their chances of making the playoffs appeared near impossible following a Friday night loss to Mayfield Heights, but a contending team’s strength of schedule was weakened when one of their early season opponents lost.

“On Friday night [after the loss to Mayfield Heights], we all thought we were done,” junior quarterback Adin Leibovich said. “It was very sad, but we got a second chance which is really a great thing.”

The Raiders will play the No. 1 seed St. Edward Eagles Saturday, Nov. 9 at 7 p.m. at First Federal Lakewood Stadium in Lakewood. According to Athletic Director Don Readance, presale ticket information is still to be determined.

“[St. Edward] is a big powerhouse school, but we just have to study up and do our best to stop anything they want to do, and attack the places that they’re weak,” Leibovich said.

Saturday will also be Shaker’s first playoff appearance since an opening-round 42-16 loss to St. Edward (also No. 1 then) Nov. 5, 2005. St. Edward would go on to win Region 1, but fall to Region 2 champion Massillon Washington. In addition to that 2005 playoff meeting, the Raiders fell to St. Edward 45-14 earlier in the season on Sept. 3. Shaker hasn’t won a playoff game since defeating Mentor 42-0 in the 1999 regional semifinal.

Shaker and St. Edward have faced no common opponents this season.