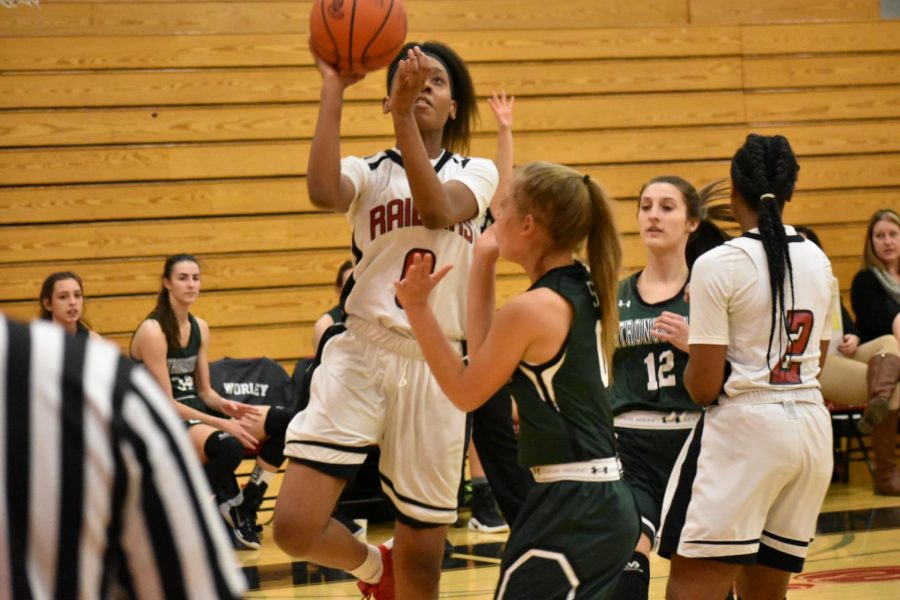 Sophomore Tahsja Jackson goes for a layup against Strongsville

“I was very excited,” said Howery when he found out he got the job. “It is very awesome I am given the opportunity from build a program from the bottom up.”

Former head coach Denise Duncan resigned after three seasons with the team. Last season, the team finished 2-20 and did not win a Greater Cleveland Conference game.

Athletic Director Don Readence announced Howery’s selection in an April 23 email to players and their families.

Howery was head women’s varsity basketball coach at John Hay High School for five seasons. During his last three seasons, his teams achieved a 52-17 record and won Senate Athletic League championships in 2017-18 and 2018-19.

“Through my career of playing football and coaching I’ve been successful,” said Howery. “When I was at John Hay we played in a lot of elite tournaments. I want to implement that here.”

In the email, Readance noted Howery’s vision for the future of the women’s basketball program. “Coach Howery plans to be heavily involved with improving and strengthening the youth/travel program in the community as well as working closely with the middle school coaches and program to create a more cohesive girls’ basketball program,” Readance wrote.

Junior guard Cecilia Zagara said she is looking forward to the season. “I expect to win more games and I’m very excited for this new coach. I feel like just having new blood is going to motivate us more to work harder. I’m very excited to see what next year will bring,” she said.

“I think it’s going to take hard work and commitment from the players and coaching staff to change the culture here,” said Howery. “I want the community to realize there is a successful program; it just has to be built.”

In a May 2 email message to players, Howery stated that he is arranging his staff for next season and will hold an official meet and greet today for players and families. He will also hold open gym in the coming weeks.

Howery stated, “I am looking forward to this off season and preparing for a for a Greater Cleveland Conference run and a state playoff run. Let’s go Lady Red Raiders!”