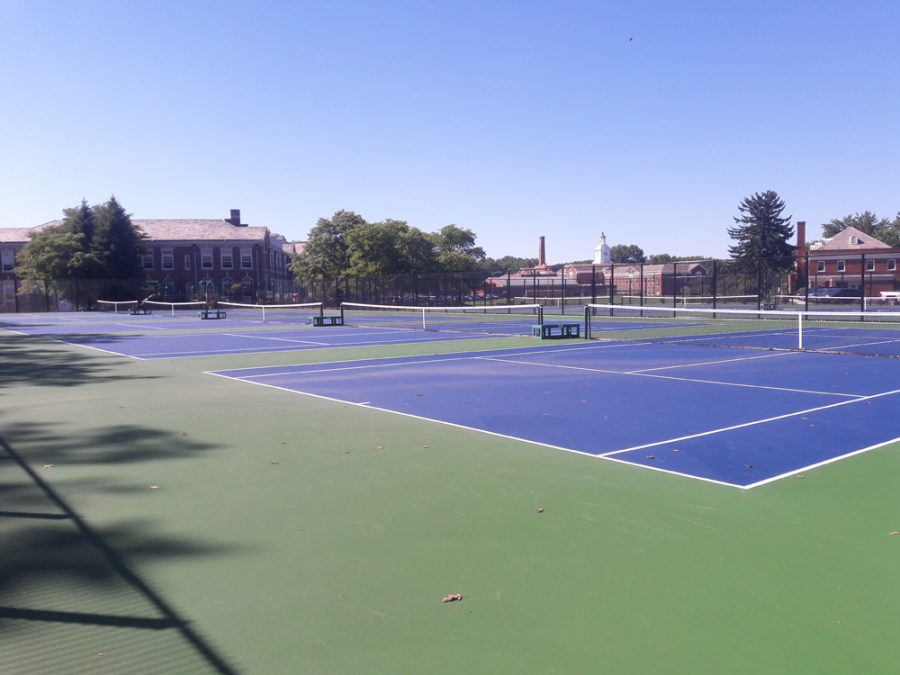 The new tennis courts opened after construction started in June. The dedication ceremony highlights the value of tennis to the Shaker community.

The new tennis courts opened with a Sept. 10 ceremony.

The ceremony recognized the efforts by community members and the school district to create the new courts and emphasized the value of tennis in Shaker.

“I think the fact that in even the first few days the courts have been full of players of all ages is a testament to why they were needed,” said junior tennis player Wilder Geier. “There are a surprising amount of tennis players in Shaker but because the extremely poor condition of the old courts actually decided often to stay home or go to other clubs to play.”

The tennis courts were redone by the school district. Construction started June and ended early September.

Prior to September, the courts’ condition made it difficult for the tennis team to practice.

“They had so many cracks it wasn’t uncommon for the ball to bounce completely abnormally and throw off the whole point. In seasons past, we would almost look forward to away matches just to get away from the courts,” Geier said.

“Shaker tennis is so rich in history and great teams and coaching dedication by Coach Slawson that I think it is only right he gets these courts. He earned and deserved it as the face of Shaker tennis,” Geier said.

Slawson plans for the new courts to help local players, in addition to the district team.

“We have plans to use the courts for tournaments, high school and college matches and local programs. The four-court bank of courts has special lines so the game can be introduced to players under the age of 10 with slower bouncing balls as recommended by the UTSA,” Slawson said. “Anyone playing on the courts will enjoy the game more. It will just feel good.”