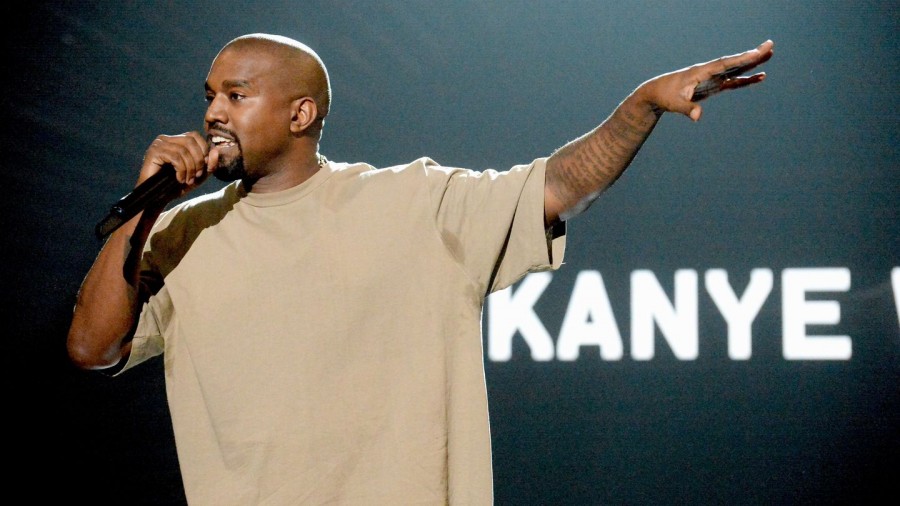 It seems Kanye West is constantly expanding his repertoire.

Rapper, record producer, film director and fashion designer are just a few of his established titles. At the MTV Video Music Awards in August, this notoriously unpredictable pop star made an outrageous announcement. Come 2020, West declared he would add another name to his list: President of the United States.

Then he dropped the mic.

Although he lacks political chops, West has the stardom to boost his chances.

“People already know him, so that would be good for campaigning,” freshman Cora Albers said.

Freshman Blare Sawyer fears the worst if West is elected. “If he does become president,” said Sawyer, “he’s going to make a dumb decision and get us all killed. And I don’t like his clothing style; it’s too baggy.”

West is controversial because of his bold, ambitious, and often egotistical claims. His confidence frequently reads as egotism, which isn’t so far-off given his vocal self-obsession. In 2006, Rolling Stone Magazine declared that, “It has become a cliché to call Kanye West arrogant. Whether discussing his music or his style of dress, his intellect or his production prowess, he has absolutely no qualms about patting himself on the back.”

According to various celebrity gossip sources, Kanye is credited with having said, “My greatest pain in life is that I will never be able to see myself perform live” and “I feel like I’m too busy writing history to read it.”

Well, Kanye, if you win the election, we might more sincerely consider such proclamations.

Kanye West is many things: outspoken, provocative, respected and influential. One quality he doesn’t possess? Modesty. Despite this, West is a successful artist who boasts the Grammys to prove it. He has the popularity, but some students point out other potential obstacles on his political path.

“He’s too involved in his music,” said freshman Justin Williams.

Noa Marcus recognizes that everyone is regarding West’s presidential prospects as a joke, except Kanye himself. “He thinks he’s serious; the rest of the world doesn’t,” Marcus said.

Students are sure that the self-absorbed and glamorous Kim Kardashian wouldn’t be the most efficient first lady. They are convinced she would spend the majority of America’s money on clothes. Also,, “She would accidentally fire a nuclear bomb,” said freshman Greta Bauer.

Kardashian, however, has faith in her husband. “He’s serious,” Kardashian, said during an appearance on the “Ellen Show.” “And I know that if he puts his mind to something, he’ll do his best.”

But freshman Sophie Greff is convinced that West’s only skill is rapping. “I wouldn’t trust Kanye with my life, let alone the country, or anything else that has to do with something important,” Greff said.

Greff believes that fatherhood has made Kanye a more genuine person, but she still wouldn’t trust him as the commander in chief. “If you won a presidential debate by rapping, then I guess Kanye would make a pretty good president,” Greff said.

Freshman Sarah Bennett is looking forward to 2020 but thinks envy drives attitudes about West. “I’m so turnt because it’s going to be the election year that I can vote! People are jealous of him because he has everything,” Bennet said.

Even President Barack Obama commented on West’s announcement. “Do you really think this country is going to elect a black guy from the South Side of Chicago with a funny name to be president of the U.S.?” If one African-American from Chicago named Obama can be elected, maybe Kanye can, too.