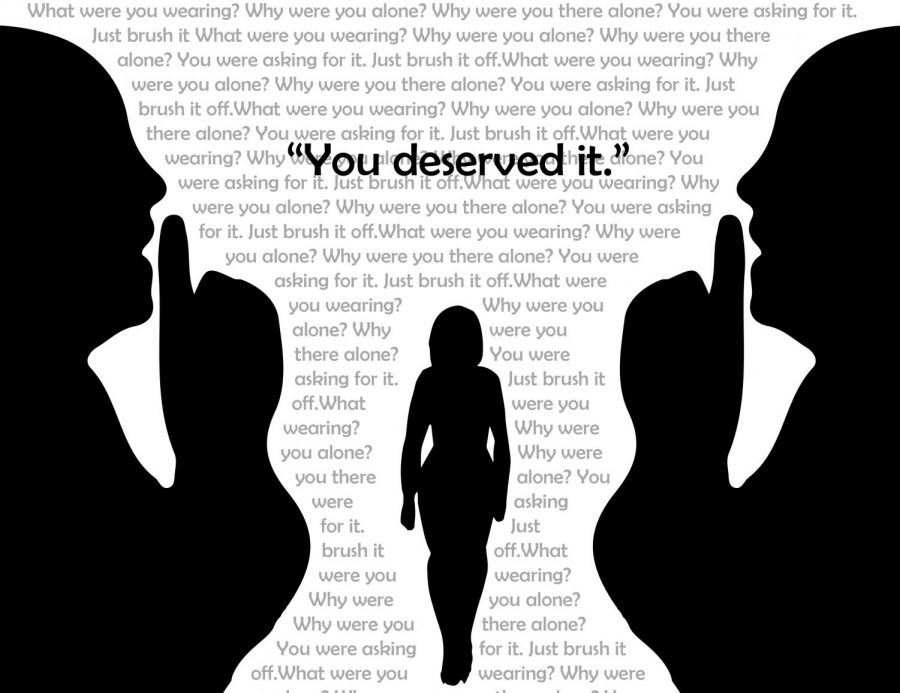 I was standing alone on the sidewalk by the administration building the spring of my freshman year, dressed in a sweater and jeans. A group of boys drove toward me in a red car, but I didn’t notice them initially. They were just another group of students going home after a long school day.

As the car came closer, I heard one boy shout out, asking for my phone number. I turned toward them. Another said something to me about my appearance, and then the other four boys joined in, hooting and hollering. I instinctively looked down at my clothing and felt very self conscious, though nothing, save my hands and face, was exposed.

While the incident lasted only a few seconds, my self-worth plummeted. I felt like an object — and that what I was feeling was my fault.

That was anything but an isolated incident.

I have been in situations in which I simply walk down the street, cross the short distance from dance studio to my car or wander around with a group of friends, and am singled out by boys or men because of my appearance. But I just keep walking, because I know that if I said anything back, it would only make the situation worse.

It is a societal norm that women have to dress a certain way, avoid certain places at night, always keep an eye on our drinks, not “give him the wrong idea” and take an extra 30 seconds to think before we speak.

Nothing we do will ever entirely protect us from sexual harassment.

After the car catcall situation happened, I reached out to my best female friend and my mom, whose primary concerns were my well-being and physical state. They never asked what I was wearing —  they were too focused on the boys’ behavior, and how it affected me.

Later, I tried talking to boys in my grade about what I had experienced. They asked me, “What were you wearing? Why were you alone?” Some had even participating in similar catcalling, yet they denied that it was a form of sexual harassment.

Anytime I talk to male friends about sexism or harassment, they don’t get it. They don’t understand what I went through, or what women go through everyday. After I talked to them, I felt even worse than I did standing on the sidewalk that day. I thought to myself, “This is why women don’t come forward and talk about this.”

Boys learn at an early age —  high school age —  to interrogate girls when they hear about harassment, analyzing each part of each situation and determining, in the end, whether it was merited or not. Girls learn to not walk alone, to wear conservative clothes and to expect harassment. They are taught that assault is simply a fact of life; it happens and will continue happening for the rest of their lives.

I am part of a small group of women, because only 30 percent who are sexually harassed or raped come forward.

Why? Because we are scared and shamed into silence. Women are asked about what they wore, said or did, and they find themselves silenced and ignored.

I do not write this because I want everyone to watch what they say around me and think that if they say something I do not agree with, I will write an angry story about it. I am writing this story to bring awareness to this issue and to fight for what I believe in.

To me, experiencing harassment in a place I usually feel safe is upsetting. I am told to “brush it off” if I bring it up to boys, but they need to understand that it doesn’t matter what I was wearing, or whether I am alone. There should be no criteria to determine whether or not I “deserved it.”

No one deserves it.

If you’ve experienced rape or any other kind of sexual assault and would like to report it, call 800-656-4673 to be connected to a trained staff member from the Rape, Abuse and Incest National Network.