Jokes can uplift spirits and bring people together, but can also degrade and tear us apart 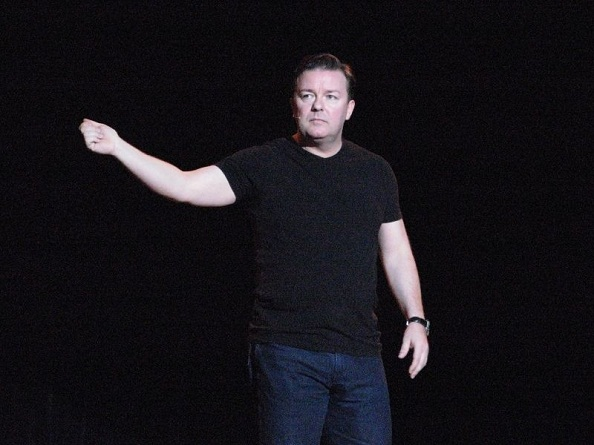 Two friends are talking in the hallway. One makes a joke employing a stereotype that, to the two of them, is no big deal. What they don’t realize is someone right behind them can hear their “private” conversation. To the two friends, the joke was funny. But that doesn’t mean it was funny to anyone else who heard it.

It’s not uncommon to hear offensive jokes while walking through Shaker’s hallways, despite our reputation for being a progressive community. Sometimes they are hidden in seemingly harmless conversations.

Maybe the students believe such jokes are harmless because they occur in private conversations. Why should the joke offend them, right? They’re not part of the demographic they are mocking. But to the student who is, and who is walking behind them, that joke wounds.

When you enforce harmful stereotypes, you damage a person’s self-worth. And such thoughts create habits. Saying offensive things in private because you’re not offending anyone directly could evolve into a harmful habit that could emerge when you don’t expect it to. By the time you notice the damage you’ve done, it’ll be too late.

The effect on listeners is not erased by saying “just kidding” or “no offense.” Those phrases are said as afterthoughts, as cover-ups. They can’t erase the barrier created between those making the jokes and those they are joking about. The more people make jokes about gender, sexuality, religion, culture, disability and race, the more these barriers are reinforced.

The debate about offensive jokes occurs most commonly today in stand-up comedy. Unfortunately, few comedians respectfully and intelligently approach divisive issues; plenty deliver hateful rhetoric instead. Eddie Murphy’s legendary 1983 stand up routine, “Delirious,” includes hilarious jokes such as his famous bit about ice cream trucks. However, the set opens with a blatanly homophobic tirade in which Murphy states, “Faggots aren’t allowed to look at my ass” and receives uproarious laughter. Murphy has since apologized for the joke.

Even today, popular comedians make cruel jokes and don’t apologize. Ricky Gervais mocked transgender people in a 2018 special by comparing their transition to a human wanting to identify as a monkey. These jokes are objectively wrong because they clearly demean marginalized people.

Sam Lehman, co-president of the high school’s Improv Club, said a joke can hurt people even if the comedian is trying to elicit laughs. “Comedians can think that just because it’s comedy, their jokes don’t have an effect. But if you joke about people in a harmful and hateful way, especially a group you’re not a part of, then it doesnt matter that it’s comedy on some level. It’s still causing harm, it’s still hatred,” he said.

Although it may not seem like a big deal in the moment, using “gay” as an insult or telling a joke that relies on stereotypes about women only stints progress toward equality by enforcing the idea that dehumanization is OK. Respect and equality cannot be achieved if some people still reinforce dated stereotypes in the form of jokes.

As a generation, we are generally getting better about equal treatment and respect for everyone. However, joking about someone’s race, sexuality, gender, religion, disability or anything else that makes them who they are only moves us backward.

So next time you’re about to tell a joke, take a second and think about the lasting impact it could have on others. If it might diminish someone, don’t say it! If you hear someone make an offensive joke, say something. Correct someone. Maybe they don’t mean to be offensive, or maybe they just don’t realize they are.

When intervening, avoid attacking the speaker.  Say, “This bothers me because…” Citing your own feelings can increase the chance that the speaker will react empathetically.

These steps may not always be easy, but they will create a more tolerant and equal world where we all feel accepted as we are.