What Makes A Man “Manly?”

Toxic masculinity harms everyone, no matter their identity 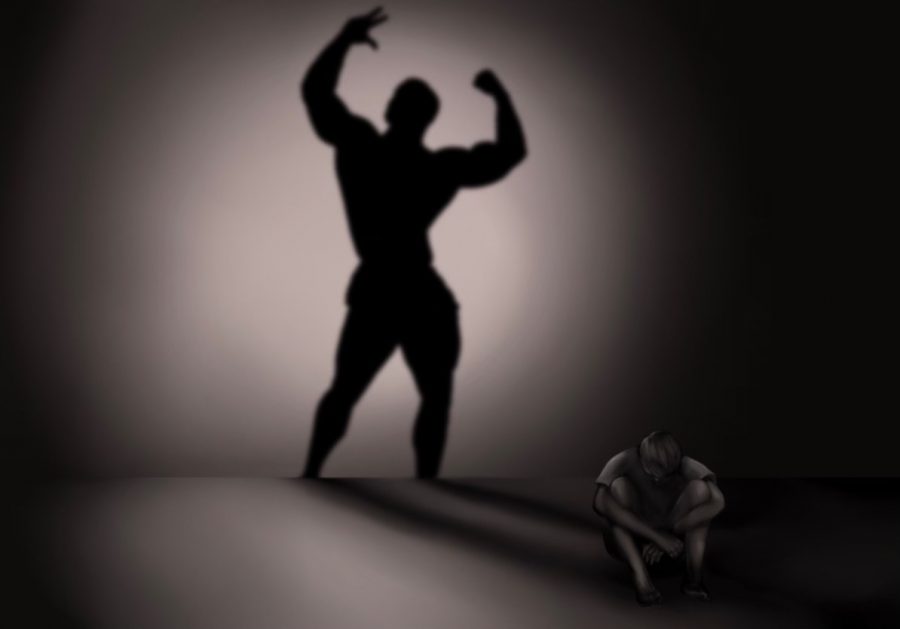 “There is no society that can survive without strong men.”

However, times have changed. We are in the 21st century and Candace Owens, who tweeted this statement Nov. 14, is stuck in the 18th century.

Owens, an American conservative author, was responding to Vogue Magazine’s advertisement for its December 2020 issue. She included pictures from the cover photoshoot.

Vogue had announced Nov. 13 that British singer, songwriter and actor Harry Styles would be the December coverstar of the fashion and lifestyle magazine. Making history as the first solo man to appear on the cover of American Vogue, Styles wears a Gucci ballgown with a Gucci tuxedo jacket on top.

That tweet met with heavy criticism. One of the most liked replies came from American actor Olivia Wilde who stated, “You’re pathetic.”

American actor Elijah Wood responded to Owens by tweeting, “I think you’ve missed the definition of what a man is. Masculinity does not make a man.”

Styles remained silent and did not address Owens’ comments for two weeks, but broke his silence Dec. 2. Styles repurposed Owens’ tweet in an Instagram post that depicts him in a baby blue suit, eating a banana. “Bring back manly men,” the caption reads.

The conflict between Owens and Styles demonstrates that our views of gender identity in society are shifting. In particular, what people believe makes a man a man has changed over time.

The western societal standard is that men are supposed to be “masculine” and women have to be “feminine.” Despite the changes that have allowed for Styles to appear in a dress on Vogue’s cover, toxic masculinity, which pressures men and boys to be tough; to hide emotions or distress; and to use violence to exert power, persists. Toxic masculinity also perpetuates misogyny and homophobia among men.

The women listed on both accounts were cyberbullied, sexually harassed and humiliated, most likely by boys they walk through the halls with every day at school.

When The Shakerite’s 2013 Chief Editor Shane McKeon published a column critiquing “Shaker’s Top Ten” and the absence of a critical student response to it, two anonymous authors left comments in response. A person claiming to be the creator of that Twitter account wrote,“I will admit that it was immature and maybe a little silly but the fact that you would go to such extremes and say that it was ‘cyber bullying’ and ‘sexual harassment’ is just ridiculous.”

They commenter went on to tell McKeon, “Whatever I have done to offend you, I apologize for. But dude, seriously, take a chill pill.”

That anonymous author attacked McKeon for standing up for women that he had harassed and objectified with his tweet, a clear example of belittling a man for failing to honor the toxic masculinity code: acting tough and strong and not calling out men for disrespecting women.

Toxic masculinity harms people of all genders, not just men. Too many people excuse the harmful behavior of men with the term “boys will be boys,” but it is simply not acceptable. The idiom comes from the Latin proverb “children are children and do childish things,” meaning that the phrase now equates men to children. When we use this phrase, we defend men’s childish and immature actions while dismissing their victims’ voices. It also makes men think that these actions are fine because “boys will be boys” and that men who do them should not face consequences.

Toxic masculinity teaches men to be powerful and unemotional. To be aggressive and narcissistic. We must remove the societal standards that push this concept, as it carries serious negative consequences, including suicide or incareration. Last year, JAMA Psychiatry published a study that found that men who have traits of toxic masculinity, such as not showing emotions and agression, are 2.5 times more likely to commit suicide.

Owens stated that men can’t wear a dress and need to act more like “manly.” Yet, what makes a man a man is if they choose to identify as a man, not how they dress. Just because a man decides to wear a dress does not make them any less of a man.

Although Styles is not the first to challenge and subvert the societal norms of masucline styles, his Vogue cover compelled conversation regarding gender expression in society. Gender-fluid dressing has become more popular and accepted in fashion with men and women all over wearing clothes typically worn by the opposite sex on red carpets.

On the red carpet of the 2019 Academy Awards, American actor Billy Porter wore a custom Christian Siriano balck-velvet gown with a black tuxedo jacket on top and a pair of six-inch heels underneath. Porter uses his fashion choices as a tool for self-expression and representation of his queer identity. “My goal is to be a walking piece of political art every time I show up. To challenge expectations,” he said in a 2019 Vogue Magazine interview.

In addition to Porter and Styles, male musical artists challenging traditional gender expression, such as David Bowie, Prince and Freddie Mercury, have dominated the charts since the 1970s while embracing the idea of gender nonconformity, similar to what Styles is doing now, and their impact on the music industry is still seen today.

The magazine cover has inspired people to express a part of themselves that they have been hiding forever. Hiding those parts of yourself can damage mental health and can result in a variety of issues, such as suicide or depression. Styles, along with other celebrities, is helping to change that and allow people to be themselves.

By wearing a dress on a mainstream fashion magazine, Styles is also helping to pave the way for gender-fluid fashion. There is a popular term that people use to judge masculinity: “clothes make the man.” This phrase comes from the early 15th century and means that the clothes a man wears is the sign of his status. In reality, clothes do not “make the man.” What a man wears does not matter, and it is what he does that will define him. While being unapologetically himself, Styles is denying the patriarchal structure of masculinity and setting a precedent for future generations.

I agree with Owens; society can’t survive without strong men. Strong men value women as human beings, not as objects. Strong men speak up when another man prepares to rank female classmates by appearance. Strong men are vulnerable and cry sometimes. We need these types of strong men — not men who bully other men into becoming toxic.