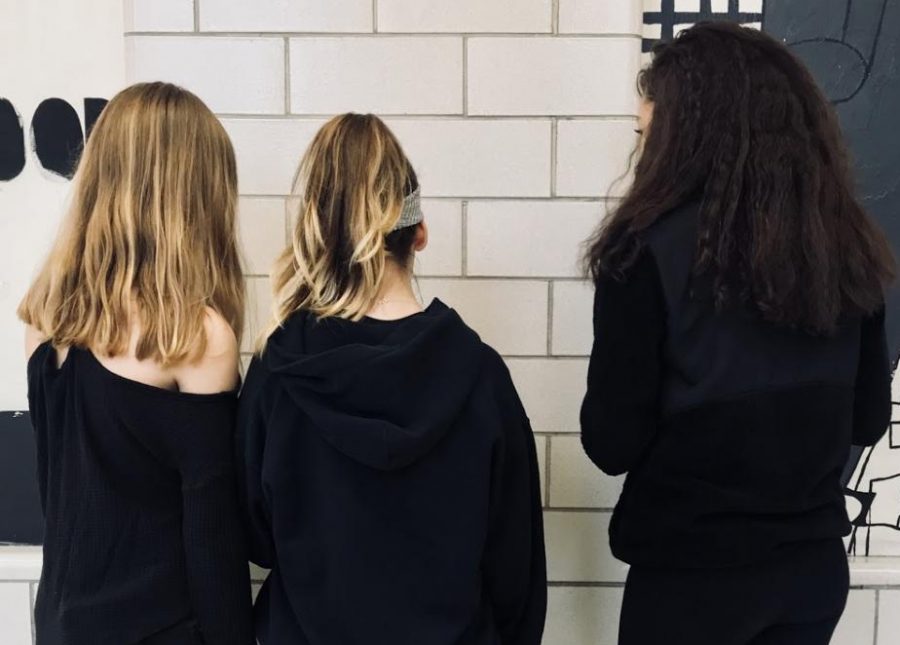 Yesterday, hundreds of students and teachers at the high school wore black to mourn the 17 lives lost in the Parkland, Florida school shooting on Wednesday, Feb. 14, myself included.

We wore black because this is the color that friends, family and everyone in between had to wear to the funeral of their loved ones, whom they had no idea they were kissing goodbye for the last time that morning.

We wore black because a teenager who does not deserve his name in this article pulled a fire alarm — something that should not make a student question whether or not they should listen to it — in order to get students in the hallway so he could shoot them more efficiently.

We wore black because the Federal Bureau of Investigation did not investigate enough into the mind of a troublesome and mentally ill student who posted online that he planned to become a “professional school shooter.”

We wore black because gun violence in the United States of America is out of control. In many American states, it is easier to buy an automatic weapon than to buy cold medicine. In others, it is more difficult to purchase an iPhone.

We wore black because it is not yet the third month of 2018, and the US has already had 18 mass shootings. Since Feb. 14, exactly one week ago, there have been four. Four shootings in six days.

We wore black because in 2017 alone, there were 15,593 deaths in relation to automatic weapons and 31,185 gun-caused injuries. There were 61,514 mass shootings or gun-related incidents in 2017 alone, in America alone.

We wore black because our current president finds it more important to repeal all acts instituted by his predecessor, than to think logically about what happens if a mentally ill person is in possession of such a dangerous weapon.

We wore black because this attack and so many others were wholly preventable. If the US government would only listen to its people, its victims, rather than the National Rifle Association, maybe so many shootings wouldn’t be able to take place.

We wore black because the students of Marjory Stoneman Douglas High School will never be thought of the same again.

We wore black because if we can do nothing else for them, these 17 victims deserve recognition for their unnecessary deaths, their stolen lives:

Alyssa Alhadeff — 14 years old; a smart, loved soccer player
Martin Duque Anguiano — 14 years old; a younger brother; a friend, and known as a funny, outgoing kid
Jaime Guttenberg — 14 years old; a beloved sister and daughter
Cara Loughran — 14 years old; a perpetually energetic and upbeat Irish dancer
Gina Montalto — 14 years old; member of the winter guard, and known to all with whom she interacted as a sweet and loving girl
Alaina Petty — 14 years old; a caring volunteer and leader who spent her time helping others in many groups
Alex Schachter — 14 years old; dedicated to baritone in the marching band and trombone in the orchestra
Luke Hoyer — 15 years old; the youngest of his siblings, loved and loving
Peter Wang — 15 years old; widely known and loved; member of the junior Reserve Officers’ Training Corps; shot while holding a door open for fellow students
Carmen Schentrup — 16 years old; one of 10 National Merit Scholar semifinalists at Marjory Stoneman Douglas High School
Nicholas Dworet — 17 years old; would have been a freshman at the University of Indianapolis this fall, where he would swim competitively
Joaquin Oliver — 17 years old; a Venezuelan immigrant who grew up in America, quickly surrounding himself with friends
Helena Ramsay — 17 years old; a kind-hearted, intelligent person who would have attended college next year
Meadow Pollack — 18 years old; energetic and kind; would have attended Lynn University in Boca Raton next semester
Scott Beigel — 35 years old; geography teacher and summer camp counselor who was killed while ushering students back into his classroom after the shooting commenced
Aaron Feis — 37 years old; assistant football coach who was shot after he jumped in front of students to protect them
Chris Hixon — 49 years old; athletic director and wrestling coach, friend and family to all who needed him

Yesterday, we wore black because these students will never graduate high school, go to college or have successful and meaningful careers. The three heroic men will not watch their children do so, either. Perhaps most importantly, though, these 17 victims will never see the day when mass shootings are prevented, when America finally has stricter gun control laws, and when the U.S. government decides to listen to its people.