Cook: This generation's constant access to news via social media threatens its capacity for empathy 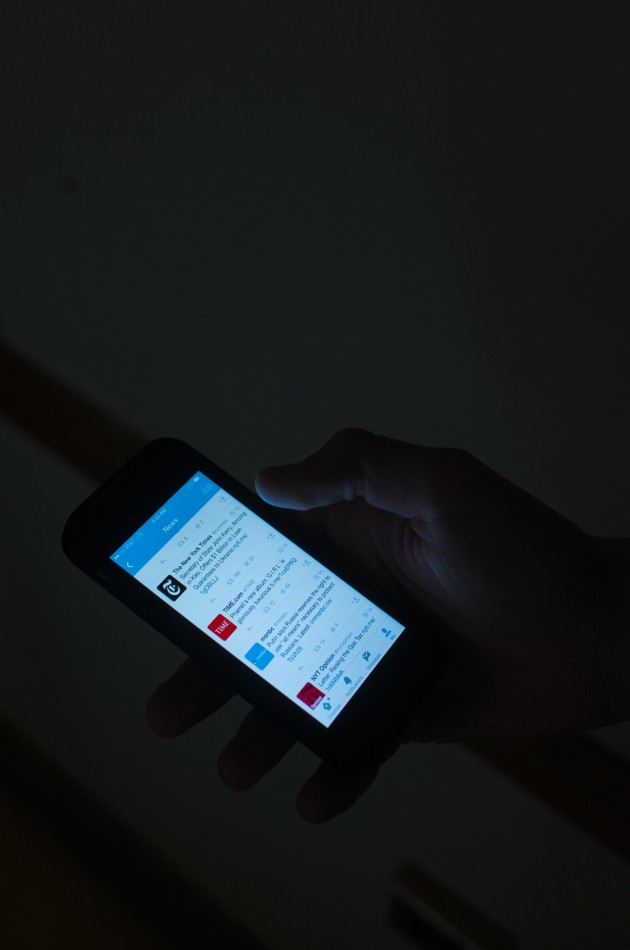 I scrolled through Twitter one early morning before school, taking time to see what I’d missed online while I slept. Like most mornings, several CNN tweets were waiting for me from the early hours in the morning. This was one of them:

A quick headline. Ten words. For me, those 10 words were just a portion of my morning routine. But for someone else thousands of miles away, those 10 words meant everything. Those 10 words, for the parents and loved ones of a handful of Nigerian students, shattered peace and altered life forever.

Though it’s difficult to admit, those 10 words didn’t quite sink in for me as I quickly scanned the rest of the night’s tweets. It’s not because I’m heartless. Like many young adults and Twitter users, I simply don’t have the capacity to investigate every tragic headline I encounter. Why? Because they’re everywhere. Terrorist attacks, homicides, abductions, roadside bombs — odds are, on any given morning, I learn of the deaths or injuries of dozens of people via Twitter before even leaving my bed.

As I began to take notes to put this column together, I recorded more headlines as I  scanned them. They mixed contrastingly into my timeline among the other mundane posts from celebrities and friends:

“Knife-wielding ‘terrorists’ killed 29 people and injured 130 others at a China train station.”

“Have you seen this man? Police are looking for a convicted child rapist on the run.”

Bombings before breakfast. Shootings at sunrise. Twitter can bring the sorrows of an entire world right into the palm of your hand.

For avid Twitter and news site users, these grim headlines have increasing familiarity. It seems to take more tragic, more gory, more shocking headlines to stir our generation. Whether or not we would like to admit it, we’ve become desensitized.

And this desensitization I’ve noticed — in myself and in my peers — spurs an important question. Do humans have a carrying capacity for empathy? How many stories can we read, devastated family members can we hear from, before the news ceases to provoke emotional responses?

Shaker psychologist Sagar Patel acknowledged the diminishing empathy we are experiencing. “I think people do become desensitized to media headlines, unless they have some way to relate to it. The more you can relate to it, the more empathetic you’ll be. In Cleveland for example, a shooting in the city might be publicized for a day or so,” Patel said. “If the same thing were to occur in the suburbs, there would be an uproar.”

In a time when news travels almost instantaneously, our generation confronts a unique dilemma. Information can spread as rapidly and as simply as hitting a “share” button online. What we have yet to straighten out is how much we are obligated to remain invested in that news. How should we cope with the deluge of not only national, but international stories Twitter brings to us day by day? It seems unkind to just scroll by the headline without giving it much of a second thought when for someone else, that headline means nothing will ever be the same. However, that is where we currently find ourselves.

According to a study published in Scientific American, the past 30 years have seen a significant decline in empathy among college students. Conducted at the University of Michigan, “The results were startling: almost 75 percent of students today rate themselves as less empathic than the average student 30 years ago.”

It’s not that bad things never used to happen or journalists never covered those events in decades past. What’s new is that with the popularity of Twitter, we can never escape the frenzy of stories surrounding us online and in the palms of our hands.

There’s no denying the convenience of having such accessible news. Stories such as the Boston Marathon bombings and Kony 2012 broke merely minutes after they’d occurred. Gone are the days when the morning paper or the evening news were the first to break a story. Though there’s no straight answer as to our obligation to react to the onslaught of troubling news, the best we can do is be aware of the way Twitter can remove us from reality. At the very least, we owe the victims depicted in those CNN tweets a moment — just a moment — to pause and really think about the reality of what we’re reading.