The Scary Reality of Civil Disobedience in Practice

Principal Reed opposes "hoods up" in honor of Trayvon Martin due to school policy, students feel voiceless and disrespected 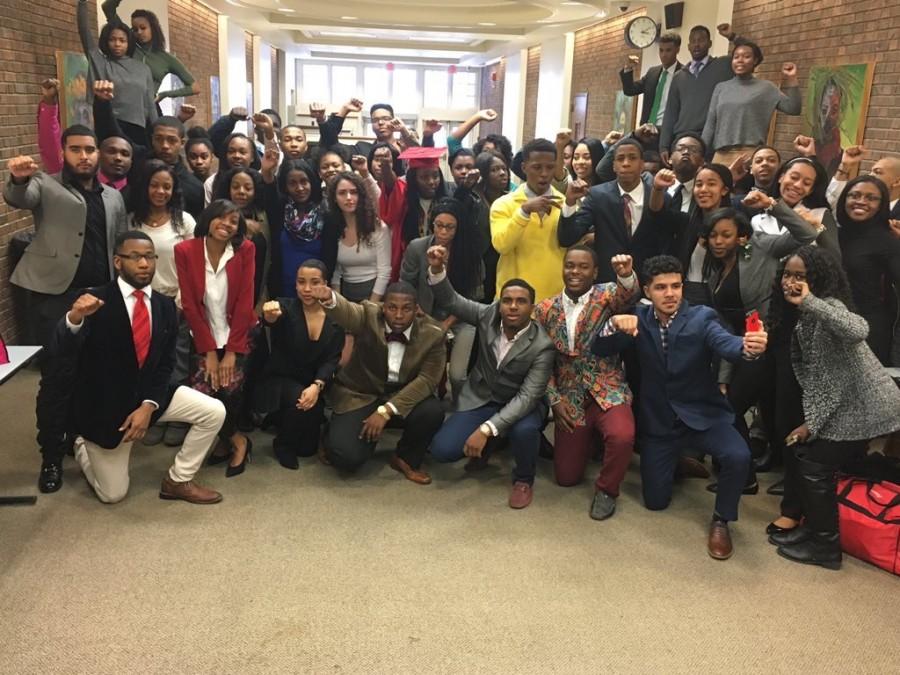 During the poetry unit of my English class this year, we read stacks of poems and essays, none of which I gave much thought. I often wondered, ‘When is any of this going to be relevant in my life? I’m not a poet.’

Looking back, I’m glad I paid attention, because Henry David Thoreau’s “Civil Disobedience” has been running through my head ever since ninth period.

Black History Month Spirit Week has been progressing in full force. All week, students, African American and not, banded together to showcase black excellence. The week seemed to be progressing without a hitch, until today.

“Students are welcome to wear sweatshirts if they wish, to honor his sacrifice,” Interim Principal James Reed III said over the PA, regarding Friday’s “hoods up” theme, “and also to state that by having our hoods down in our halls and classes, that we are all individuals who should be seen and respected, not covered by a hood.”

“Hoods up” intended to commemorate the fourth anniversary of Trayvon Martin’s death, and for the record, Mr. Reed, I don’t agree that Trayvon Martin’s death was a sacrifice. Merriam-Webster defines the word “sacrifice” as follows: “to give up (something) especially for the sake of something or someone else.”

Trayvon did not give up his life; his life was taken. Wearing my hood up is my way of recognizing that. I like to think that I would be seen and respected, hoodie or no hoodie, but to me, this is about so much more than simply wearing an article of clothing.

Lonnie Bunch, National Museum of African American History and Culture director put it best in a July 30, 2013 article for The Washington Post.

“It became the symbolic way to talk about the Trayvon Martin case,” Bunch told the Post. “It’s rare that you get one artifact that really becomes the symbol.”

Holding a “hoods down” day would be no different than not observing a day at all; students wear hoodies to school every day. Students united behind the hoods-up statement to ensure our message would be heard: Shaker students do recognize the racial issues of today.

When students have to express their discomfort with racial interactions at the high school online through hashtags such as #BlackShaker, there are blatant disparities that need to be addressed. This was evident when Shaker’s Black History Month announcement was nowhere to be found at the beginning of the month. The silence on the matter left students wondering why. Shutting down student activism fewer than than 24 hours before the event was not the way to address them.

I mean no disrespect; the rules are in place for a reason, and I accept that. My hat is off when I enter the building, my earbuds are out when I am in the halls, I even make it a point not to chew gum in class. (My phone is never ‘off and in my locker,’ but no one is perfect).

“‘Hoods up’ is against our policy,” Reed said in an after-school interview with The Shakerite. “For security, for safety reasons. We don’t know who may be in here with a hood up that we can’t identify.”

Shaker students heard Reed’s words, but were not satisfied with them.

“I do understand the hallway issue [but] I believe that during class it should be admissible,” senior Lauren Holloway said. “We as students are trying to honor his memory, and now we are asked not to? ‘Students can still wear their hoodies.’ Yes, we already know that, but how do you half honor someone? It’s simple; you can’t.”

This situation brings me back to reading Thoreau.

“All men recognize the right of revolution; that is the right to refuse allegiance to, and to resist, the government, when its tyranny or its inefficiency are great and unendurable,” he wrote. “At any rate, it is a great evil to make a stir about it.”

I’m not suggesting a coup against the administration — adhering to the rules is important, and I understand that.

But, Reed’s message compels me to choose between moral actions — honoring Martin or following a school policy.

Tomorrow, I will wait until I enter the building. Upon entrance, I will be identifiable and I will wear my school ID.

But tomorrow, my hood will be up.