Sharing Is Not Caring 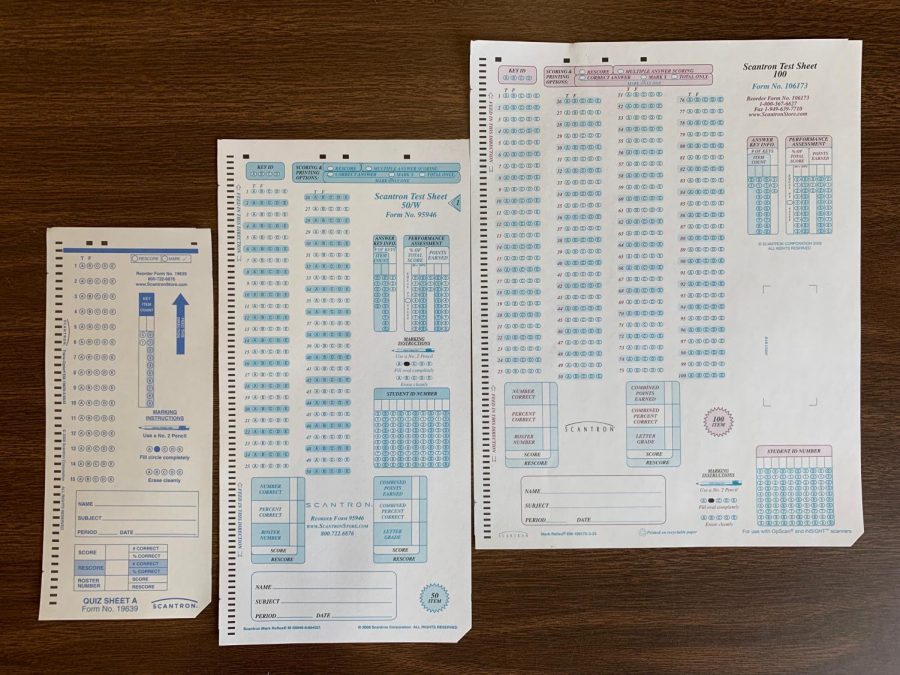 In our world of excessive sharing, social media revelations, Instagram and group chats, sometimes not sharing is OK.

You have a biology test Friday. It’s Sunday. You’re not worried. You have four solid days to study, you took detailed notes during class, went to conferences and mostly understood the lessons.

The preparations and reviewing however, did not save you from the natural feeling of anxiety before a significant assessment. You do not sleep well Thursday night. Come Friday morning, you are anxious because the outcome is uncertain.

During the test, you encounter two or three multiple choice questions that you aren’t 100 percent sure about, so you guess. You run out of time to answer all of the short answer questions and feel that you could have expanded a little more on the ones you did answer. Nonetheless, you feel good about the test.

For the next week, you check ProgressBook every chance you get. You pester your teacher during class, asking her when she will finish grading the tests.

When you receive your test, the only thing you see is the 87 percent, and all of the anticipation, anxiety and stress subsides. You gave it your all, and your score reflects that.

You’re happy. Immediately, you take your phone out and text your parents your score. You’re proud to say you tried your hardest and ended up with a strong B on a tough test.

But, during lunch, the conversation about the biology test begins. Your friends ask each person at the table what score they earned.

The first two kids did not do as well you did. You try to be supportive and say that the test was really hard.

The next kid got an 85 percent. Not as good as your score, but you secretly resent him because you know he did not work as hard as you did to achieve that grade.

The third, fourth, and fifth kids, however, all scored higher than 90 percent.

Your previous feelings of accomplishment and satisfaction evaporate, replaced by emptiness and despair.

Before lunch, you were ecstatic about your test grade. You were bursting with happiness and pride. Why, then, did the sharing of scores worsen your attitude toward your grade?

The only person you should be comparing yourself to is yourself. It’s easier said than done, but it should be taken to heart nonetheless. We often define our self worth and our happiness on outside factors such as letter grades. If my happiness is based on besting my peers, then happiness is elusive. Contentment is personal, and not achievable through sharing grades. Our satisfaction with school must come from honest effort aimed at personal growth.

There are instances when score sharing is acceptable. Close friends who share everything will naturally share grades and, I hope, support each other.

Sharing test scores also evokes unnecessary competitive and anxious behaviors among classmates. Knowing you performed worse than your classmate could push you to exhaust yourself in the pursuit of achieving a better score on the next test. Being a hard-working student is good; but being a sleep-deprived, anxiety-riddled one is unhealthy.

But psychologists in Cleveland commented on the insignificance of grade sharing in the scope of students’ mental health and competitive nature.

Dr. Betsie Saltzberg (’73) is a psychologist for children and teenagers in Cleveland. According to Saltzberg, there is no problem with students sharing grades. “As far as students sharing with other students, it can’t be anything good or bad, it just is. Because it’s a choice. Like, if you chose to share your grades, it’s up to you,” Saltzberg said.

But, Saltzberg said, comparing scores contributes to higher stress levels in some students. “I think it contributes silently to for those who are vulnerable and sensitive. That’s what I believe,” she said. “And who [some students] may really say nothing, but inside, it’s taking its toll emotionally on them, because they haven’t performed as well as others. But I don’t think there is anything inherently wrong about sharing grades.”

According to Saltzberg, there are too many sources of stress and anxiety for students that are more significant than sharing scores.

“The stress of spending more time doing homework, getting the best grade in the class, being involved in as many extracurricular activities as possible, you know, hosting parties at their homes — all this stuff could be maddening and self destructive, because they think they have to do all of this in order to be the ‘perfect student,’ ” she added.

She acknowledged that those with lower self-esteem could be hurt by sharing grades, but said censoring this kind of speech cannot be justified. “I cannot say that sharing grades for example should be outlawed,” she said. “No, absolutely not. Because that’s taking away a personal freedom.”

Saltzberg believes this kind of exposure to those with low self-esteem could be beneficial to them later in life. “And the truth is, even for those who are vulnerable and sensitive, it’s really important to encounter these kinds of disappointments as a child and as a student, because in life because there will be many more to overcome,” Saltzberg said.

Dr. Sagar Patel, a school psychologist at the high school, said sharing test scores can be OK. “But, there’s obviously a fine line or limits where it can become obsessive. So I could see how it could create some competition,“ said Patel. Patel maintains the idea, however, that competition comes from the self. Some people are naturally more competitive than others.

From the responses of these psychologists, it’s difficult to say with certainty that sharing test scores directly correlates with every student’s anxiety and competition.

From personal experience however, sharing test scores has affected my self-esteem, and contributed to my competitive nature in school.

But when I remembered the incentive that drove me to achieve that score, I realized that my obsession with scoring higher than my peer was unhealthy. I need to study hard so I will feel good about my effort. I do not want to feel so anxious about my performance; school is hard enough. I believe that sharing test scores creates unnecessary stress that is not conducive to a healthy learning environment.

So, after the next test, when someone asks how you did, consider just saying, “Fine.”