Students Are Talking: Is Anyone Listening? 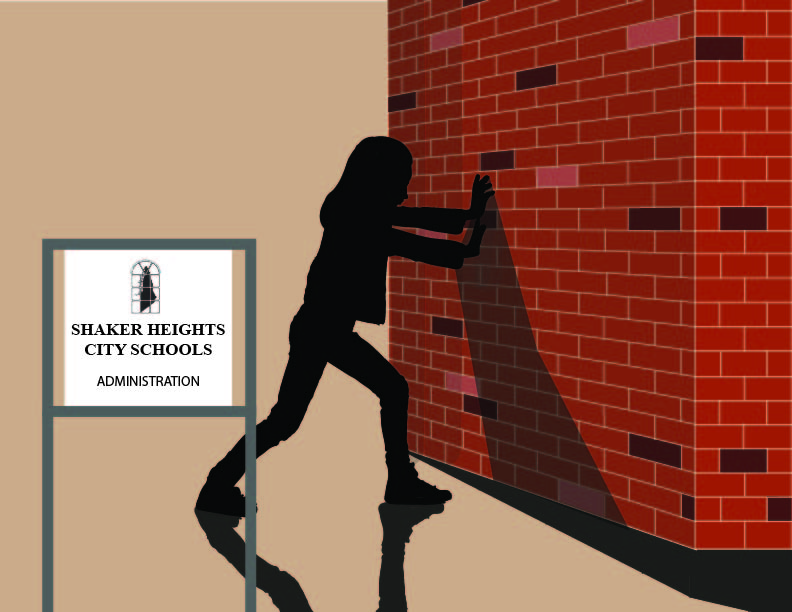 In a column featured in The Shakerite Volume 88 Issue II, Opinion Editor Emily Montenegro expressed feeling disheartened regarding her battle to motivate administrative statements and actions about sexual violence at Shaker Heights High School. After three long months of trying and failing to make anyone in our administration work to prevent this issue, I feel the exact same dejection.

In early November, I met with Principal Jonathan Kuehnle about what could be done to change our school climate and culture regarding sexual harassment and assault. I quickly became involved in a student group Kuehnle had created to apparently make progress, Respect For All (this group will soon to be renamed to be more specific to the issue of sexual violence). Most of you may be thinking, “Wow, this even exists?”

That seems to be exactly how our administration wants it.

The teachers and students involved in Respect For All have been left in the dark regarding an action plan needed for any recognition from the administration during their triannual Strategic Plan Chat. Adult advisers were never even provided the template, despite Kuehnle informing me in a private meeting that they were given it. To even obtain this meeting, I had to email him twice and tweet at him.

With no tangible support from the administration, it is impossible to know where we stand financially until almost the end of the year. I understand that the wheels of change in a bureaucratic system turn slowly, but the machine stalling entirely is inexcusable.

The conversation at the high school regarding sexual harassment and assault started with a trickle of Shakerite articles and statements that our administration has tried to drown out.

But now it is a thunderstorm of voices, and soon they will not just be from concerned students. They will be from influential parents and Parent Teacher Organization leaders, from people whose voices matter more to those running our school than the voices of the students they supposedly run it for. And to Kuehnle, outgoing Superintendent Dr. Gregory Hutchings, and this entire bureaucracy: We will not go unheard forever.