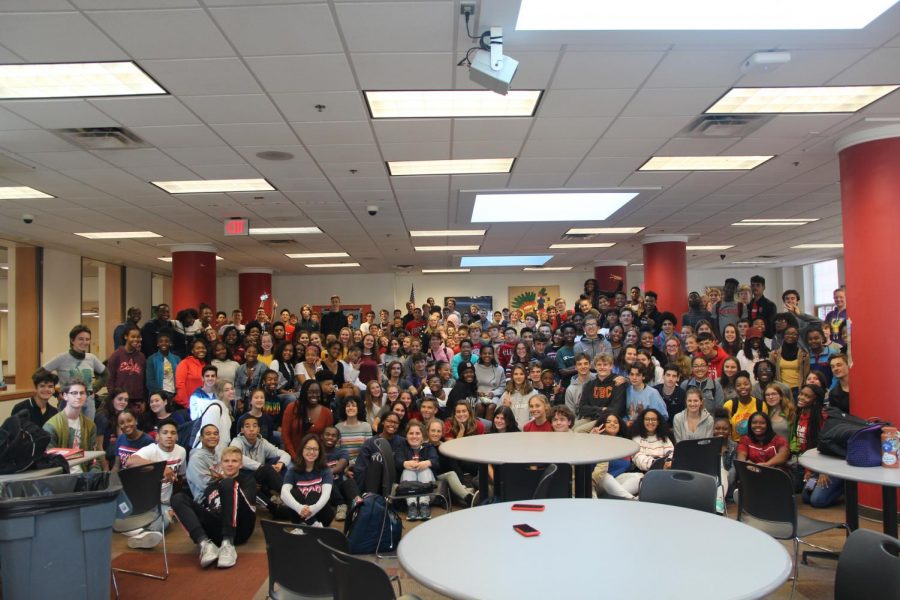 Since I was young, I have been a part of many sports teams, and many coaches have said, “It is impossible to be great at too many things. Be great at one thing and pursue it.” I believe this claim also holds true in regards to the Student Group on Race Relations. SGORR was founded in 1983 when students were frustrated with the lack of diversity, education and equity in Shaker. These principles are still just as important today. However, expanding SGORR’s mission statement to include other social injustices in its reach spreads the organization too thin, and it reduces the effect SGORR can have on strictly race relations. Race relations can still be improved immensely in Shaker and communities across the nation. SGORR should not expand its reach to other social problems, because it reduces SGORR’s impact. There are other organizations in Shaker that help specific issues such as the oppression of the LGBTQ+ community, bullying, mental health issues, which does not align with the direct goals that its founders put in place.

As someone who has been in Shaker since elementary school, I can say that SGORR definitely made an intense, positive impact on my life. I can confidently say that if SGORR were to teach children about too many issues, then the point of teaching race relations would get lost within their heads. I think SGORR does a great job discussing the issue of racial tolerance with the Shaker community.

The other issue with SGORR covering too many social issues is there are so many different subcategories to racism that I still haven’t seen covered in a classroom setting. With only three days in the classroom, there is only so much that SGORR can teach about. Adding other social topics into the mix makes the influence and educational possibilities much less.

Shaker has just about every club imaginable, and it has plenty that tackle other social topics like the Gender and Sexuality Alliance,Youth Ending Hunger, Political Action Club and more. It wouldn’t be practical or necessary for SGORR to take on issues outside of race because of all the organizations that tackle such issues.  However it is important to acknowledge that these clubs do not have the resources that SGORR has and should also be presented with the opportunity to reach the community on the same level that SGORR does.

When the founding advisers, Marcia Jaffe and Zachary Green, started SGORR, they created an organization that promoted diverse friendships, tolerance and education on topics regarding race. These problems are still so prevalent in Shaker, and SGORR is needed just as much now as it was when it was founded. Shaker still struggles with the achievement gap, segregation in the classrooms, lunch rooms and sports teams along with ignorance about racism and where it occurs in Shaker. Hopefully, in the future there will be a time where SGORR is no longer needed, and it can transform into an organization with different goals. However as long as racism and bigotry still exist, SGORR will need to continue its fight for racial justice and equity, as well as for a tolerant community, state, nation and world.

Shaker Heights is a multicultural community that comprises numerous backgrounds. To ensure that each and every individual is represented, Shaker gives the community opportunities to express themselves. Starting in fifth grade all the way up until seventh grade, students are given chances to speak their minds freely in classrooms with help from a group that visits these schools and teaches them about race relations. This group is called SGORR, which stands for Student Group On Race Relations, yet from previous discussions and observations, SGORR should be SGOHR: Student Group on Human Relations.

Though racial relations do play a vital role in communities and this group, as we recognize our independences, freedoms and accomplishments that have been a success in this country, it is no secret that our world is changing. As we continue to change, more people are accepting things. Being a current SGORR member, I have gone into classrooms and spoken about gender as well as racial stereotypes. The assumptions in our society, such as women being inferior to men when it comes to sports, are among the topics I have gone over in classrooms. We teach students that these assumptions are not acceptable. Another change in our society concerns the LGBTQ community. Seventeen years ago, when some of us were born, gay marriage was illegal. It is now legal, and more people have been able to open up and accept who they are and who they are attracted to. Now that it is becoming more and more usual to see a married couple of the same gender, it is important that we teach young adults not to discriminate against not only other races, but also other sexualities and identities.

Overall, we need to teach others to adapt with society. SGORR should be a group that addresses these changes and the understanding of all human relations, rather than just one.