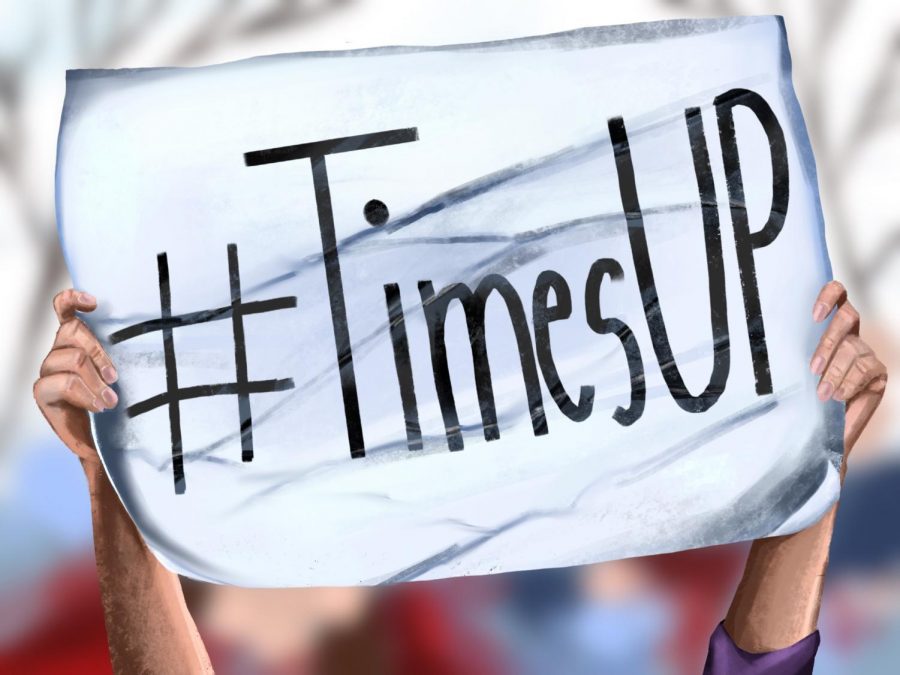 “Know your role and shut your mouth.”

“Are you trying to have it all?”

“Such a nasty woman.”

Women in pop culture and politics often face sexism and misogyny in the form of futile remarks like these. Successful women are held down by these small and seemingly harmless comparisons toward other women and society’s expectations holds successful women down.

Cardi B or Nicki Minaj? Gabby Douglas or Simone Biles? When women rise to the top of their field, society begins to try and take them down another peg by comparing them to other successful women; as if the immense number of talented and successful men have left no space for women. This battle is present for all women, especially those of color.

There are very few famous female rappers of color. Of those few, the two most successful are constantly compared. Cardi B broke glass ceilings for Latina and African-American women in the world of rap, following in the footsteps of Nicki Minaj, who forged her own path to be successful in a demanding and male-centric industry. They are constantly pulled into comparison with each other, as if there is only room for one at the top.

Pop culture media often, in addition to comparing iconoclastic women with each other, puts them  into perspective with shallow standards. In an interview for the new “Avengers” movie, Scarlett Johansonn called out a reporter for asking her about her diet after questioning her costar, Robert Downey Jr., on his acting methods. “How come you get the really interesting, existential question, and I get the rabbit food question?” she said. Being only one of two women on that stage, they focused on her appearance rather than her talent and hard work. Superficial questions like this are constantly brought up, especially about women in the entertainment industry.

This comparison culture is not just present for women. Jay-Z and Kanye are often compared as the greatest rappers, or LeBron and Michael Jordan as the greatest basketball players. However, the comparisons for female celebrities are brought down to the futile details that take away from the focus of their talent.

The Time’s Up organization works to expel men from positions of power who have created a sexist environment and pushing women down and to elevate all women in the workplace. It states its goal as to create a “safe, fair, and dignified work for women of all comes.” Sexual assault and harassment are the biggest challenges for women in all fields.

Ronan Farrow published a story in The New Yorker exposing years of sexual assault by Harvey Weinstein, one of the most well-known producers in Hollywood. He was one of several big names to fall due to their exploitation of women. Matt Lauer, Louis C.K., Charlie Rose, Roger Ailes and too many more were accused of sexually assaulting and harassing women.

When women fight these big and small ways in which they are oppressed and gain esteem, do your part in recognizing them for their accomplishments. Don’t pay attention to the color of their dress or who they’ve broken up with or the “work they’ve had done.” Time is up.

Pop Culture Shock is a bimonthly opinion series focusing on current events in pop culture. Written by Opinion Editor Olivia Warren, it reads between the lines of social issues and explores new entries into pop culture.