One Size Does NOT Fit All 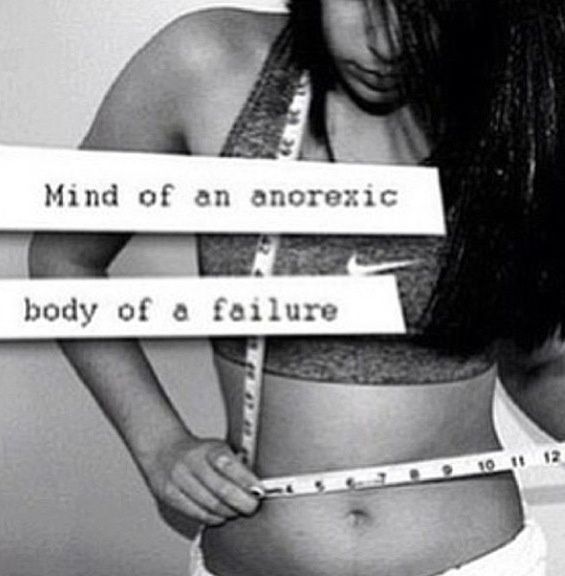 Anorexia Nervosa. For most, those words evoke images of skeletal girls in baggy clothes, shyly refusing a plate of food. For those suffering from an eating disorder, the name brings something else — shame, frustration, guilt, inadequacy, jealousy.

Thirty million Americans suffer from a clinically significant eating disorder at some point in their lives, according to the National Eating Disorder Association. According to DSM-V, a person is anorexic if he or she experiences:

Restriction of energy intake resulting in significantly low weight relative to age, sex, developmental trajectory, and physical health.
Intense fear of gaining weight or becoming fat, or persistent behavior that interferes with weight gain.
Disturbance in the way in which one’s body weight or shape is experienced, undue influence of body weight or shape on self-evaluation, or persistent lack of recognition of the seriousness of the situation.

However, there is an additional requirement for an official diagnosis: body mass index. The World Health Organization classifies a healthy individual as having a BMI between 18.5 and 24.9. To be clinically anorexic, BMI must fall below 17.

This is devastating to many eating disorder sufferers. For many, Anorexia Nervosa is a coveted title — it’s validating. You win. You are the thinnest. You are the sickest. You have the best self-control. Your illness is real and serious.

This goes hand-in-hand with the false assumption that to have a serious, potentially life-threatening disorder, one has to be clinically underweight. This thinking is dangerous.

Eating Disorder Not Otherwise Specified is the most common eating disorder in the United States today. With this diagnosis, feelings of shame, frustration, guilt, inadequacy, and jealousy often follow. There is a stigma surrounding it — if you’re not anorexic, you’re not sick enough.

While mortality rates for Anorexia Nervosa are 4.0%, EDNOS has a mortality rate of 5.2%, according to NEDA. Thinness does not equate to severity.

While overweight teens may be at greater risk for developing an eating disorder, they are far less likely to receive a diagnosis. Doctors, parents, and friends tend to praise their weight loss, without realizing how they lost the weight. Unless an individual’s weight drops into the clinically underweight threshold, his or her illness often is overlooked and remains untreated.

I engaged in disordered behaviors for 7 years without intervention, despite my mother’s growing concern. Every trip to the doctor was the same — my mom earnestly asked my doctor if my weight was healthy, and each time it was. I fluctuated between a BMI that just barely put me into the underweight category and one that landed me well within the healthy range.

But there was nothing healthy about how I was maintaining that range. I yo-yoed between restricting, fasting, binging, purging, and overexercising. I felt weak every day, cold all the time, lethargic, unable to concentrate, and even passed out while rowing on a few occasions.

Finally, I dipped into the underweight threshold and was sent to a therapist. This is not uncommon; many eating disorder sufferers share disturbingly similar stories, not receiving treatment until they are classified as clinically underweight. By this time, many are so far into their eating disorder that treatment is infinitely harder and more time-consuming than if they had received professional help while still at a healthy or overweight BMI.

Of course, the ultimate goal is to change the DSM diagnostic criteria for Anorexia Nervosa, eliminating the BMI requirement. This isn’t immediately achievable, but it’s not a hopeless cause.

If you recognize these symptoms in yourself or a loved one, seek help. An excellent place to start is NEDA’s online Eating Disorder Screening tool. A few minutes of your time could save a life.