Something New Under America’s Political Sun 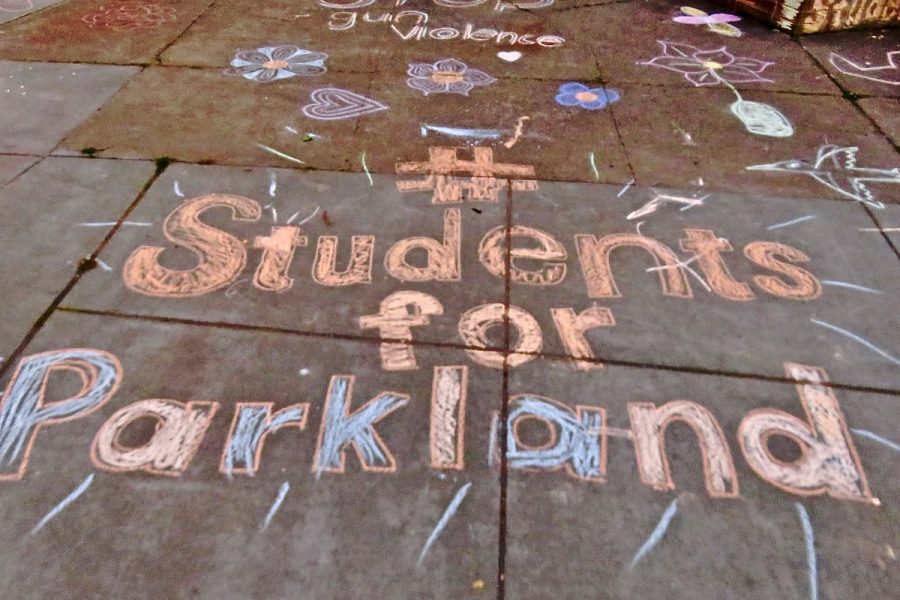 Students at Tamalpais High School in California held a vigil on Feb. 15, 2018, writing "Students for Parkland" on the sidewalk in support of victims.

The pattern of responses to school shootings is maddeningly familiar: carnage, thoughts and prayers, too soon to talk, don’t politicize, stalling, relegating, forgetting. People who support some sort of common-sense gun restrictions —  the vast majority of Americans —  have been driven to near-insanity by the impotence of our legislators. We thought Columbine might force a change. We were sure that Sandy Hook, with its young victims, would be the tipping point. But America fell into the same pattern.

Now there is something new under the sun.

We adults have utterly failed to budge Washington’s inertia. But you students have a unique moral authority on this issue. You are the ones who pay the price. You are the ones who have to live or die with the results of Congress’ prostration to the gun lobby. As we have seen with news footage and viral videos, when teenagers speak up on this issue they cannot be shouted down. They have a clarity and authority that utterly dissipates the smog that befouls our political discourse.

I’ve seen legislators hamstrung by that mantra, “It’s too soon to talk about gun restrictions.” I’ve never heard an effective response; the argument has taken on the force of self-evident truth. But now I’ve seen a teenager pop that balloon with a single piece of common sense: “It’s not too soon. It’s too late.” And that once-unassailable argument evaporates. It was a sham all along. Likewise for another gun-lobby mantra, “We shouldn’t politicize it.” The students respond: “Please, politicize it!” Politicizing is what politicians are supposed to do. It turns out the NRA was using pop-guns all along. It just took some grieving and pissed-off teenagers to point it out to us.

As for our role — the role of teachers, administrators, and adults in general — our role, as I see it, is to get out of your way. You can be this change you want to see in the world. This new power is available only to you. If this movement is co-opted by adults, however well-meaning, it will lose its moral force.

Sometimes it takes something completely new and unexpected to find a door that no one knew was there. You found it. Open it. Lead us through.

Christopher Cotton is an English teacher at the high school. He has written for the Huffington Post on issues such as the academic opportunity gap and education legislation.