As sexual assault awareness grew, my mother shared her story 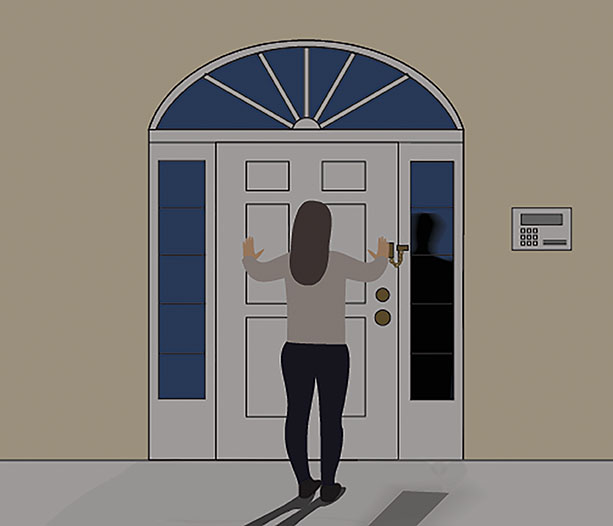 Trigger Warning: This article includes information about rape and violence.

My mom is a rape survivor.

On June 10, 1990, my mom went to sleep in her own bed and awoke to a stranger hovering over her, holding a knife. Her life would never be the same again.

My mother was raped.

She felt broken, hopeless and scared. She was treated like she was just another mangled, worthless body.

As I watched sexual assault movements unfold last fall, my mom told my brother and me about her rape experience.

I absorbed each word — hearing this nightmare made me feel weak and helpless. My heart plummeted to my toes. I felt fear in my stomach. My throat grew numb for lack of knowing how to articulate my fear, my sadness, my anger.

Memories of all of the times my mom was extra cautious leaving my brother and me alone stormed back to me. Nothing is left to chance when dealing with the security of my home. My mom lives her life in constant vigilance.

It all, suddenly, made sense.

This is why I learned as a 9-year-old child that nearly one in five women are raped in their lifetime. That a woman is raped every 98 seconds. That I should never ever walk home alone.

This is why she always asked if anyone touched me at school. This is why she insisted that the most important thing in a relationship is feeling safe.

Survivors of rape, such as my mom, live daily with underlying fear, caution and, sometimes, panic.

It’s impossible to imagine how they endure this constant torture.

Rape survivors have to deal with being catcalled when they’re walking down the sidewalk minding their own business.

They have to endure snarky rape jokes that cut to their core and fester long after the punchline is delivered.

On Reddit, a social media platform, one man said, “It’s a fact 9 out of 10 people enjoy gang rape.”

Another man said, “I was raping a woman the other night and she said ‘Please, think of my children!’ Kinky bitch.” Another man joked around, saying, “A man walks up to a woman in a bar and says, ‘You’re going to get laid tonight.’ A bit surprised, she asks, ‘Really? How do you know that? Are you psychic?’ ‘No, I’m just stronger than you.’ ”

Rape is not funny. These comments encourage future assaults because they disguise human misery in misogynistic “humor.” These jokes force a young woman to believe her body belongs to someone else.

How many cries for help have been silenced by men and people of power? Rape is a product of power. Sex and violence are all factors of rape, but not the reason.

That man had power; he had power over my mom’s mind and body. He stripped my mom’s power away from her like it was merely a dull sticky note on a chalkboard.

According to the National Sexual Violence Resource Center, more than 90 percent of rapes in college are never reported to authorities.

Do you realize how many bodies — how many living, human beings — are violated and objectified and assaulted every single day?

Every single day, my mom navigates her life differently because of her rape.

She felt guilt for years even though she did nothing wrong. My mother was not asking for it; neither are the other 321,500 women raped each year. Clothing does not correlate with consent. No, she was not asking for it. She said “No;” a two letter word that has a definition universally known, but not respected.

How many rape stories will it take for men to respect “no” — to stop calling women bitches, hoes and sluts?

Lyrics like this degrade women and should not be socially acceptable. This is not OK.

It breaks my heart that people will claim that this was her fault. My mom endured what seems like the hardest thing anyone would have to suffer through. Yet, writing this seems impossible.

This column will not end sexual assault, this will not make what happened OK. These events are unspeakable, yet need to be spoken.

I hope that someday, no other woman will be those things because of rape.