More than a Victim 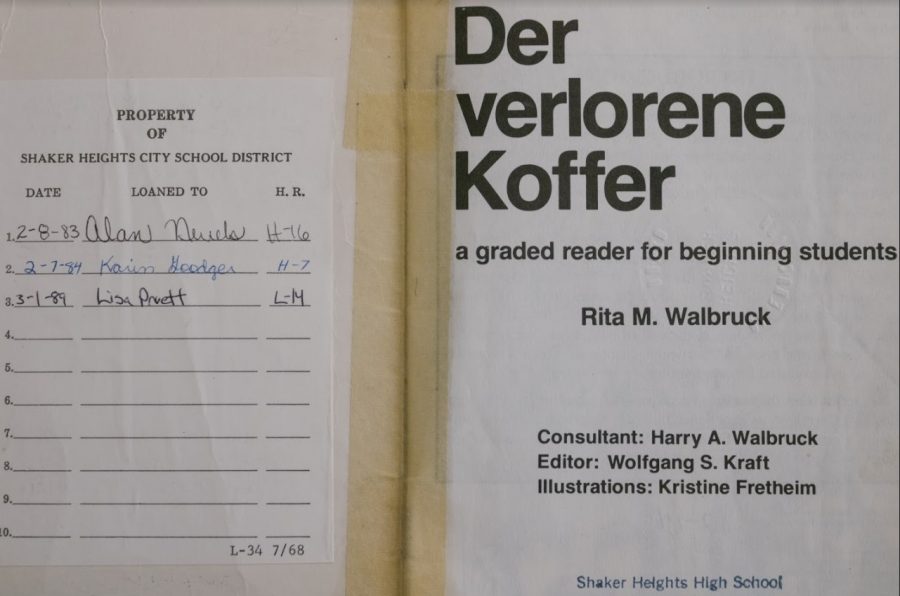 Lisa Pruett's name in a German textbook brings back her memories.

This story has been updated to correct the date of Lisa Pruett’s death.

Her name was Lisa Pruett.

Twenty-nine years ago, the 16-year-old Shaker Heights High School junior was found murdered. Someone had stabbed her 21 times with a weapon that was was never found. The main suspect was classmate Kevin Young, who was tried for the crime and acquitted in 1993 and in 2017 died at age 44.

Although I heard Pruett’s name and the story of her death as recently as last spring, I did not know that Sept. 14 marked the 29th anniversary of that terrible crime.

Unaware, I went on with my day as usual, just as many of you did. I went to school, hung out with some friends and went to see a movie. I texted my friends and family about the huge storm, and I looked at the big trees that had fallen all over Cleveland.

While I was eating dinner with my friends, Pruett’s family and friends must have been grieving still for a girl whose life was taken.

I forgot about Lisa Pruett.

But, Sept. 17, in German class, our teacher asked us to take out our books, titled “Der verlorene Koffer,” or “The Lost Suitcase.” I left mine at home, so I grabbed one from the pile of extras in the book stand. I noticed it was an older edition, so I opened the cover and looked at all the students’ names on the sign-out label, curious to see who had read the book before me.

That’s when I saw Lisa Pruett’s name scribbled in.

It hit me then. This was the girl who had been stabbed in the ’90s by a malevolent human who had never been held accountable.

She signed the book out March 1, 1989. One and a half years before she was killed.

I immediately alerted my classmates about seeing her name, but many did not know who she was, and even if they did, they just thought of her as the girl from Shaker Heights who had been brutally murdered way before we were born.

As horrific as her death was, it was never solved.

And cold cases captivate us.

According to the Huffington Post, society is interested in true crime stories, because we want to understand what we are afraid of. Hearing these stories can increase instinct for survival, as well as explore the darker side of psychology within a safe space.

This case does not stop at Shaker. Theories of who did it and why have been posted all over the popular social networking site Reddit. One user wrote, “[i]f she was stabbed that many times, the culprit probably had at least some cuts or bruises, and she would have had a few defensive wounds. I wish there was a good autopsy and photos of the bf, dad, and Kevin.”

How did Lisa Pruett become nothing more than a cold case? Why did her death become a way for us to exploit the crime to satisfy our morbid curiosity?

For the answer to this question, we need to look back at Pruett’s life.

According to Oct. 5, 1999 Shakerite article, Pruett was popular, smart and loved poetry. She was a member of Student Council, a marching band squad leader, a member of the Student Group on Race Relations, a pitcher for the junior varsity softball team and a field hockey player. She also wrote for The Shakerite and the Semanteme. And, as my German book so clearly indicated, she was a German student.

Her death is reduced to a Redditt thread because of people’s fascination with crime, a fascination fed by the unavoidable true-crime shows that are all over services such as Netflix, Hulu and Amazon Prime.

When we reduce Pruett to a victim, we reduce her character as well.

When she is written about without any sense of who she was, she becomes just a girl who was murdered, just another page in history.

We read about these spine-tingling cases and watch these shows and movies about serial killers, but we do not typically think about victims as anything other than victims. It is the nature of the human condition that when we hear stories like Pruett’s, we focus on the event rather than the person.

But we have a deeper connection with Pruett. She was our age. She went to our school. She played the same sports we play and did the same activities we do. She may have even sat at some of our desks. The connection does not stop with Pruett; we have a connection to all victims. They were mothers, fathers, daughters, sons, sisters, brothers, friends.

But most importantly, they were all people.

This is why, when I saw Pruett’s handwriting on that front cover, she became a person to me.

I urge you all to take a minute the next time you watch or listen to a crime movie, TV show or podcast and think about that person not just as a victim, but as a human being. I will strive to do this as well.