The biggest mass shooting in modern U.S. history occurred at a music festival, Oct. 1, 2017, prompting the question of gun control. 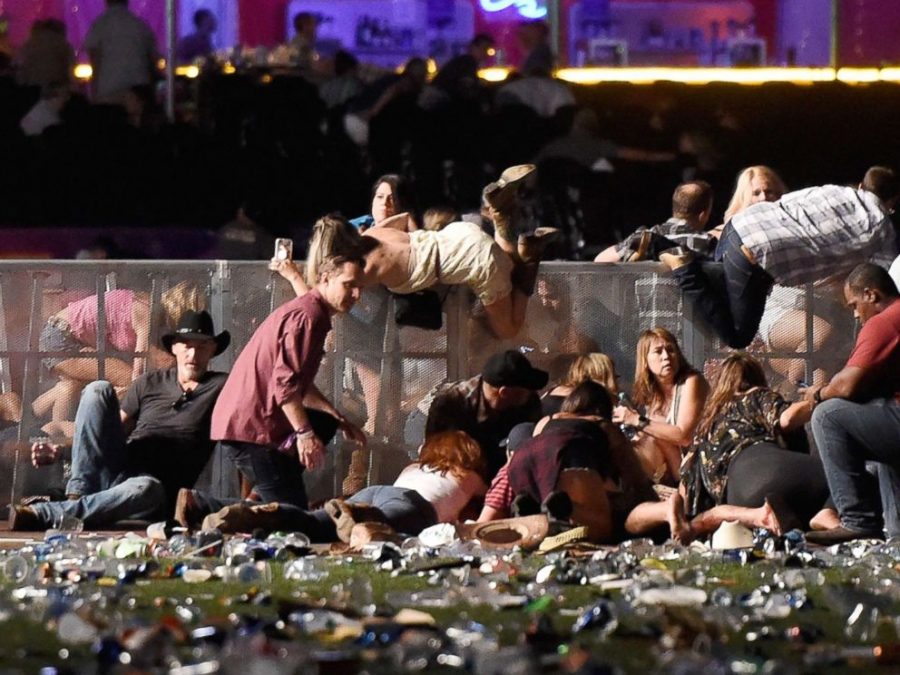 Attendees of the Route 91 Harvest festival expected good music, an exuberant crowd and an unforgettable night. They were not thinking about the possibility of being murdered.

Unfortunately, that was the reality for attendees of the Oct. 1 Jason Aldean concert in Las Vegas, the site of the deadliest mass shooting in modern U.S. history.

Fifty-eight people died and 515 were injured, according to the Los Angeles Times.

How many more tragedies must occur before we take action? Just last year, the Pulse nightclub shooting was named the deadliest mass shooting in U.S. history, with 50 deaths and 58 injured persons.

It seems as if this phenomenon has become an annual contest to see if the U.S. can produce a deadlier shooting every year.

The solution to the problem is simple: establishment of stricter gun control laws. The sole purpose of these weapons is to easily kill in large numbers, hence their use in the armed forces. No person should have the ability to use assault rifles, unless they are on duty in the military.

Not only should there be tighter control on the type of gun, but also the sheer volume of guns one owns. Stephen Paddock, the perpetrator of the Las Vegas shooting, had 23 guns in his hotel room and 19 more at his house.

Permits are not needed to purchase a gun, there isn’t a limit in the number of guns one can purchase and licenses are not required for registering a firearm, reported CNN News, regarding Nevada’s gun regulations.

In no situation is it necessary for one to own 42 guns. At the very least, one should have to obtain a permit to buy a gun. There should be a limit on the number of guns purchased; every transaction of the purchase of a gun should be recorded.

A popular conservative view of guns is to uphold the Second Amendment — taking away guns from everyone is unconstitutional, so to prevent mass shootings, everyone should be armed.

However, the shooting in Las Vegas proves why that strategy does not work. When people are being showered with bullets, they don’t know the source of it, so they are not able to fight back or flee. Nobody knew that it was coming from a corner room on the 32nd floor of a hotel across the street.

Even if they had known, the handguns that some conservatives feel everyone should have, would not have the range or aim to reach the perpetrator.

What is more important, an outdated interpretation of a constitutional right, or the safety of thousands of citizens?

Australia hasn’t had a mass shooting since 1996. This is because, after experiencing one, they instituted tighter gun control. The result is a steep drop in gun deaths. The New York Times stated, “The rate of gun suicides per 100,000 people dropped 65 percent from 1995 to 2006, and the rate of gun homicides fell 59 percent, according to a 2010 study by Andrew Leigh of Australian National University and Christine Neill of Wilfrid Laurier University.” Let’s hope that the U.S. will follow suit.

In order to make change, we need to talk about gun control. We can’t keep putting off the issue.

If we don’t figure it out, 2018 might become the year of the biggest mass shooting in U.S. history.