Just Don’t Do It 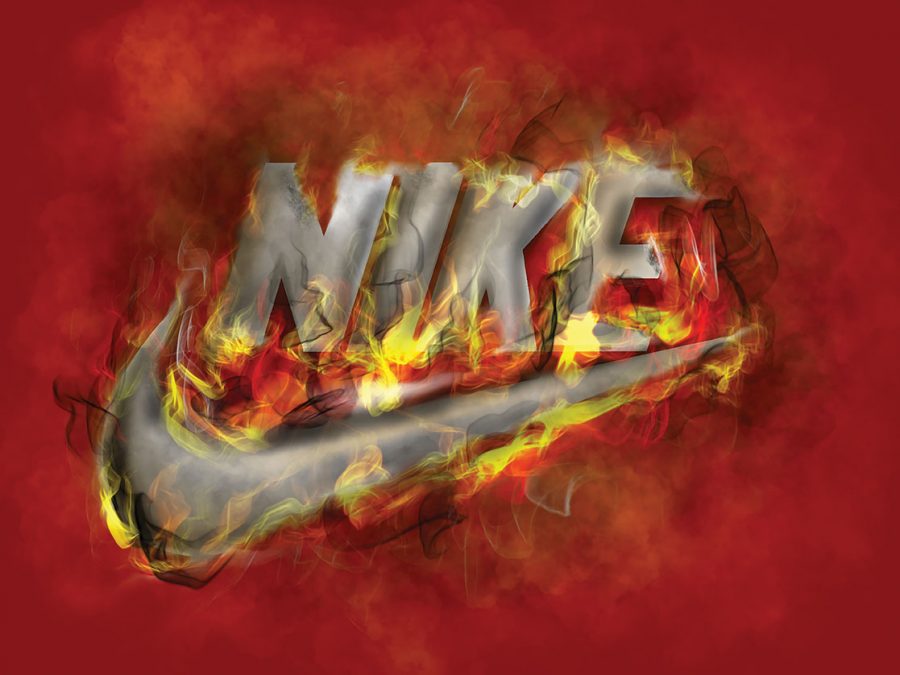 Clothing choice has long been a way to express individual identity.

A person of means can choose to wear expensive clothes to express their wealth. A fan of a sports team can wear a team’s jersey to express their support for that team. A supporter of a political candidate can wear clothes featuring their candidate’s slogans to express solidarity with that person.

Today, what you wear ‒ or don’t ‒ has also become a way to question someone’s ethics.

Consumers judge corporations on their environmental policy, corporate ethics, their mission and in some cases who they employ. Common issues that prompt protests of companies include the use of animal testing and products, poor working conditions of factory workers in foreign countries, low pay and environmental misdeeds.

In the beginning of September, Nike made a controversial decision when they decided to feature former San Francisco 49er starting quarterback Colin Kaepernick in their most recent marketing campaign. Kaepernick sparked a national debate, when in protest of police brutality against African-Americans, he decided to kneel during the national anthem.

Kaepernick was not protesting the United States of America or the armed services, but a societal inequality: Police officers kill African-Americans at a rate far higher than any other group. Kaepernick became a polarizing figure. He became a hero to many, but also was vilified by those who perceived his actions as unpatriotic. Ultimately, his actions led the 49ers to cut him, and he has yet to be hired by another NFL team.

The debate about whether Kaepernick had the right to protest while at work misses the point. Instead of addressing the core of Kaepernick’s concerns, most people focused on his delivery. Kaepernick’s protest was a missed opportunity. He protested racial inequality that plagues our country; that is the core concern.

Because Kaepernick is so controversial, the Nike campaign received a great deal of media attention. In Nike’s eyes, it was mission accomplished. Some loved Nike’s embrace of Kaepernick. Others, not so much. Among the anti-Kaepernick crowd, it became a trend to boycott Nike products and cut the Nike swoosh off of products they already owned. But it is an ad campaign, nothing more, nothing less. It does not tell us whether Nike is a good corporate citizen.

Boycotting Nike products or cutting off the swoosh because of Colin Kaepernick is an overreaction. Nike is using Kaepernick to sell their products. If it turns out that Nike was pledging all profits to fund programs to address racial inequalities, then that should surely spark enthusiasm to buy the swoosh ‒ or not to. Simply using Kaepernick in an ad should not raise anyone’s blood pressure.

Nike has a history of outsourcing production of their shoes and clothes. In 2013, Nike was accused of underpaying employees from Indonesia.

According to The Huffington Post, Nike factories in Indonesia applied for an exemption to the minimum wage law. To do this, the factory employees would have to consent to the wage decrease. In a factory located in Sukabumi, Indonesia, Nike was accused of contracting Indonesian military officials to force factory workers to agree to the wage decrease.

According to the BBC, from 2010 to 2012, Nike subjected Indonesian factory workers in Serang, Banten to 600,000 hours of unpaid overtime. After a lawsuit brought by Serikat Pekerja Nasional, the national labor union, Nike agreed to pay $1 million in compensation to 4,500 employees.

The company’s involvement in these scandals is a sound reason to protest Nike. Why is it OK to protest corporate policy and practice and not protest an ad spokesman? Because one event involved an ad campaign featuring a single representative of the company, and the other involved corporate policy.

Because Nike is using Kaepernick for marketing purposes, a Nike protest does not make sense. The fact that Nike hired him tells us little about Nike’s view of race in America.

Nike hired Kaepernick to increase its profits. The company’s decision had nothing to do with racial injustice. Nike knew they would receive a lot of attention after hiring him. A Time.com article declared that in less than a day after releasing the first ad in the Kaepernick campaign, “Nike received more than $43 million worth of media exposure.”

Sometimes it’s hard to say if a company merits protesting, but I think this situation is clear: Boycotting Nike for employing Kaepernick makes no sense.

If you feel strongly, however, and must dispose of your vintage size 9.5 Air Jordans, I will take them.