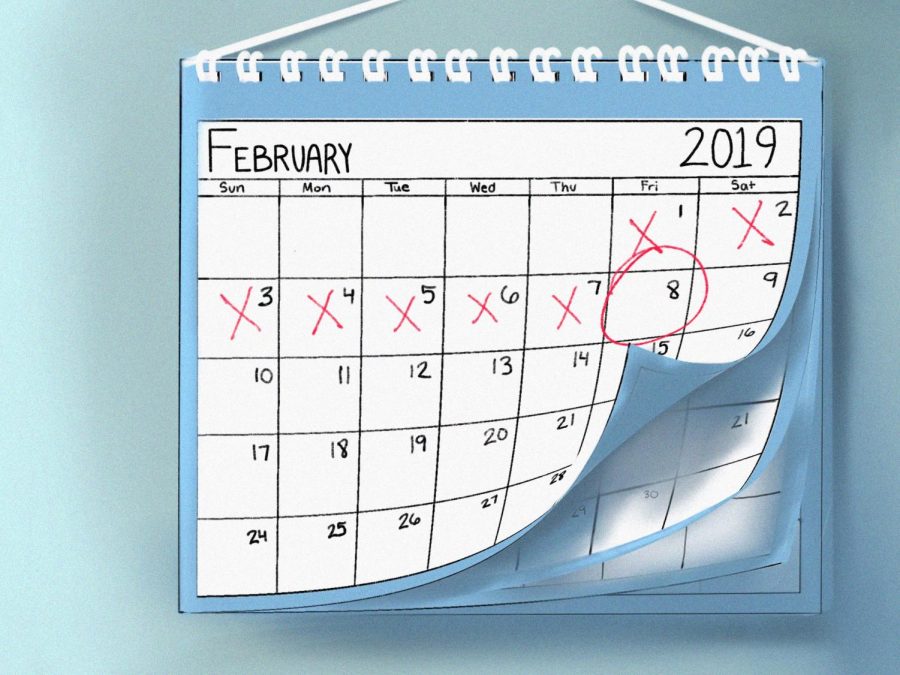 We’re only a month into 2019, and the new year has already given us headaches. So far, we’ve experienced the longest government shutdown in history, unforgiving winter temperatures and snow, the stress of midterm exams ‒ and don’t even get me started on how the Cavs are doing this year. It doesn’t help that all of this difficulty comes after a disastrous end to 2018 for our community in which negativity was widespread due to multiple disruptive events.

This column isn’t about the countless problems we face ‒ we read about those enough ‒ but rather how to deal with the negativity that inevitably arises from such atmospheres.

I offer the following advice because of some things I experienced late last year. You see, as our community struggled to confront systematic problems, I faced my own set of challenges. Trivial high school drama, meaningless homework irrelevant to my passions, college application anxieties and an overwhelming sense of self-doubt combined to forge a personal crisis. I felt lost, and I couldn’t find the motivation to complete my to-do list. It was in the throes of this sadness that I did something I never thought I’d do: I went to church.

Now, wait! I’m not attempting to bring you to Christ — just keep reading.

Allow me to preface this story. I grew up in the church and attended every Sunday until I got a job — which I applied for in order to avoid going to church. My grandmother had been begging me to go back for months, but week after week I was able to find an excuse to avoid it until I ran out of the energy to deflect her requests. So finally, I went to church early on a Sunday morning instead of sleeping in after a work shift that ended after midnight.

I felt groggy and exhausted, and I momentarily considered feigning sickness to avoid getting out of bed that day. But thankfully, I did not. Instead of being a cry-baby, I put on my Sunday best, and the church adventure started.

When I arrived, I immediately felt better. Not because of the Holy Spirit or anything like that, but rather as a result of the smiles that greeted me. Everyone was simply happy, but the difference in age between me and the majority of the congregation was vast. Besides the three kids at church ‒ not including me ‒ the youngest congregation member was still four decades older than I. They all were dressed nicely and smiled as they noticed me, as if I was the prodigal son finally returning home. Their sincere expressions offered a welcome change to the fake smiles that I give and receive at work or school or during extracurricular activities, smiles that often just predicate some trivial request. The positivity in the congregation filled me with a joy and focus that compelled me —for the first time EVER— to listen to the day’s sermon and spend time in the fellowship hall after church. Ever since then, I’ve felt reinvigorated.

Now, the moral of the story isn’t to go to church or hang out with older people, but rather to put yourself in environments in which you’re appreciated. Often, we’re so caught up in our work-related goals or the political chaos of the day that we forget to take care of ourselves. The truth is this: Whatever’s stressing you out probably isn’t that serious. Granted, I’m applying this advice more to high school students than adults; if you’re stressed about your rent, you may want to solve that ASAP. But for most high school issues, this advice applies. There’s simply no assignment, extracurricular task or toxic friend worth sacrificing your happiness for.

Also, if your friends aren’t supporting you or don’t share your level of ambition, get rid of ’em. We go to school with more than 1,000 students; there’s bound to be someone who appreciates you here!

To be happy, we must change our attitudes about work. We’ll never get the best out of our classes, jobs, or extracurriculars if we don’t take the time to get the best out of ourselves. Too often, we burn out at work and eventually find ourselves unhappy. I’m not saying, “Don’t accept challenges,” but I urge you to understand that doing the work is probably not the end of the world.

Ultimately, some petty list of failed New Year’s resolutions or the change of year won’t change your fortunes – only a genuine change in attitude will. That’s tough for many of us to grasp sometimes ‒ including myself ‒ but I can say that being in positive environments, changing our attitudes about work, and pursuing personal goals will enhance our moods extremely.

I promise that it eventually gets better; we all just have to work for it.

Fryer is a member of CORE, the leadership of the Student Group on Race Relations. He is also a drama leader and head script writer for Sankofa. He is a senior at the high school. Guest ‘Rites and Letters to the Editor can be sent to [email protected] and the current editor-in-chief, who can be reached at [email protected]. The Shakerite reserves the right to reject any Guest ‘Rites or Letters to the Editor.