Despite popularity, dopamine detoxes can be misleading and may not be beneficial 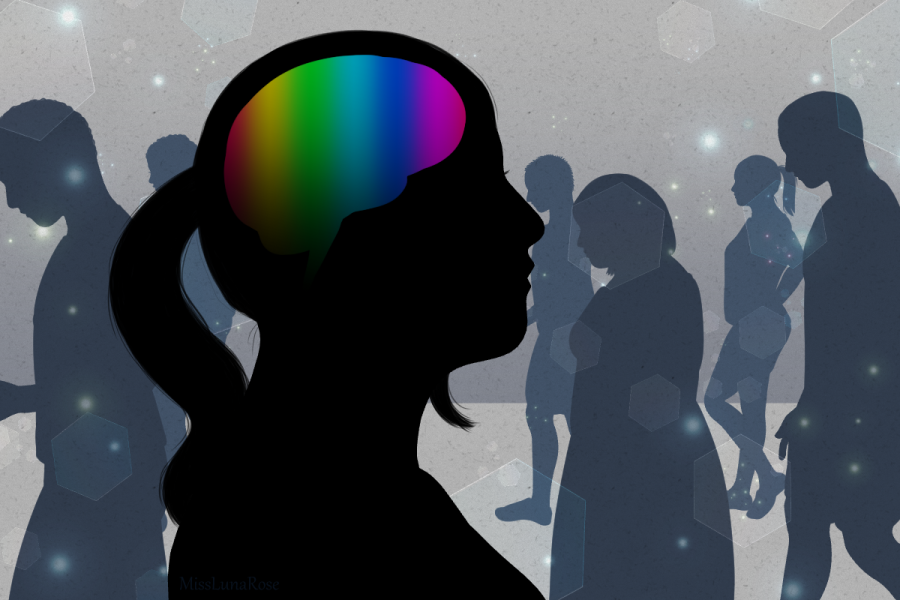 I’m sitting in my third grade class. As I tell my teacher that I’m going to use the bathroom, I walk out of the class, but then decide to go to the water fountain. A split second decision. I move in the direction of the classroom, already forgetting why I went out of the classroom in the first place. This was the first time I noticed my ADHD.

Mental health disorders have recently been making headlines throughout the news cycle, with treatments such as mindfulness meditations and prescribed medications that have enjoyed skyrocketing sales.

Mental health is a fast growing business, with psychiatric drugs generating revenue from $27.4 billion in 2020 to $40.5 billion due to the coronavirus pandemic, according to Globaldata.com.

People are desperate for something to help their mental health. The newest trend is known as a dopamine detox. Dopamine is a neurotransmitter that people often refer to as the “pleasure chemical,” but it is way more important than that. In fact, to label something as a dopamine detox is extremely misleading because dopamine is naturally created in the body.

The goal of a “dopamine detox” is to reset your brain chemistry to healthier amounts of dopamine. But it isn’t dopamine that is to blame for the problems with impulse control in normal people. Instead, the problem lies in failing to set up boundaries to impulses.

“Dopamine is just a mechanism that explains how addictions can become reinforced, and it makes for a catchy title. The title is not meant to be taken literally. A more accurate term would be a stimulation fast,” start up investor and professor at UCSF Medical School, Dr. Cameron Sepah stated in a New York Times article.

Sepah has also said that a goal of a dopamine detox is to reduce impulsive behaviors. A dopamine detox attempts to work by having a person stop any activity that creates high amounts of dopamine for a given amount of time. Activities can include spending time on the internet, eating a nice meal, and other pleasurable activities.

Sepah has taken part in the dopamine detox fad and has used it for his clients. In a blog post on Medium.com, Sepah stated that a dopamine detox does not mean to avoid all pleasure, talking, exercising, or any form of stimulation.

There is no sure way to detox, or completely stop the release of dopamine. The most common form of a dopamine detox is a tech detox, where people avoid using their phones for a period of time. This is basically a break from technology, not a true detox.

Lots of people with ADHD depend on their phones to do everything in their lives from scheduling events to setting reminders because their disorder is incredibly severe.

For sophomore Declan Bushnell, a detox is not beneficial. Bushnell is like most people with ADHD.“If I went off my phone I would not survive… My phone builds me up and tears me down, I can’t live without it but at the same time it is damaging,” he said.

For ILAB and math instructor Kiera Davis, it is a similar situation. She has noticed increased attention span and productivity for herself when off her phone but says that part doesn’t matter. Instead what matters for her is her emotional well-being. “When I am off my phone, I experience a lot more peace and joy because I don’t have anything else to compare it to,” Davis said.

But people with ADHD benefit from structure, so it is clear that Davis benefits from it, too. To switch from her everyday routine, Davis would have to reconstruct what her normal day is, and not everyone has the capability to do that.

“I depend on my phone for so many tasks, and it has become so much of my daily routine, that I am not sure what I would do if I didn’t have it,” Davis said.

Our brains are capable of accomplishing long endeavors. Our brains are used to that. They naturally seek novel and interesting things. Remember, it’s OK to take a break if you want to. Just don’t call it a detox.