The effect of pretty privilege on the individual experience 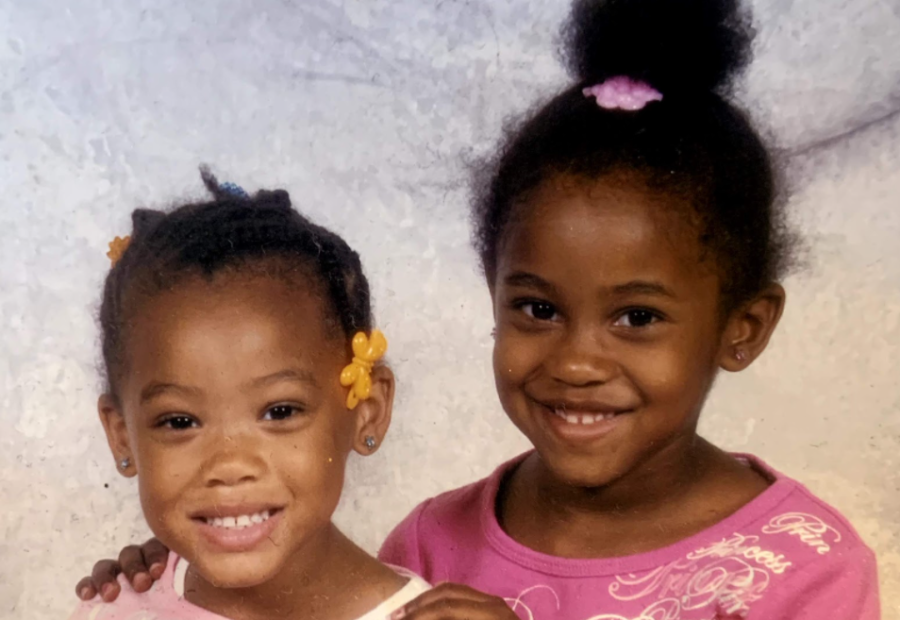 Editors Note: This story is a part of The Shakerite: Women’s Edition that was published virtually in May 2022. Due to a temporary change in the teacher adviser along with COVID-19 restrictions, The Shakerite decided to proceed with our print edition virtually. This is one of ten stories in the edition.

Walking into the middle school on the first day of school, heads turned and jaws dropped, but none in my direction. Just like any other middle schooler, I was not cute. But my twin sister was. Not only was she outgoing, confident and charismatic, but she was more developed and went through puberty a year earlier than I.

As the year went on, I decided to shrink. I could no longer participate in group roasts out of fear of being called “the ugly twin” or being called out for having no potential relationship options. I was sick of being ignored and looked over. So, I chose to hide in order to prove that it was my choice rather than others, not to be seen.

Flash forward to high school. I walked into the high school prepared to continue hiding. It went on for a little while until I was finally able to secure my first boyfriend. From then on, I would never be viewed in the same way. Girls who had ignored me for years began engaging in conversations with me. Boys who used to roast me for being alone and “asexual” began to be nicer and would actually listen to me when I talked. It’s as if entering a relationship was the stamp I needed to validate that I was pretty and worth paying attention to.

But the biggest change was sophomore year, the year I grew a bottom and I grew into my face. Boys would approach me asking if I was new and oftentimes I’d reply “nope, I’ve been here, you probably know my twin sister, India.” The look of shock on their faces was priceless. They’d say something along the  lines of “Oh wow, I’m surprised I’ve never noticed you” or “I could’ve known you three years sooner, what a shame” or “I didn’t even know India had a twin.” My brain would snatch the joy that comes from compliments and fill my brain with memories of those same guys talking to my sister and not even making eye contact with me back in middle school, who would be standing right beside her.

The biggest lesson that I learned from getting to experience both realities is that appearance matters. I often talk to my peers about how it’s so easy to tell if a guy finds you pretty or not based on how he interacts with you, no matter the setting. It made me realize that the average guy really only acknowledges you, or treats you like a human being if he finds you attractive.You can tell from the slight change in facial expressions, the uninterested eyes when trying to join in on a conversation, the closed off body language as if to imply that they are desperate to get away from you.

Pretty privilege has its advantages for those who are viewed as pretty enough to benefit from them. I’ve been out with friends and gotten my food paid for by random men, I’ve gotten to skip lines. It’s even easier to make friends with girls which is the most interesting side effect in my opinion. I’ve heard the phrase “She’s so pretty, I want to be her friend” frequently. I’ve even said it once or twice. It’s shallow but I’ve talked to many of my peers about the process of finding college roommates and how guilty we feel about judging them based on three to five photos and their overall appearance. While it is clearly wrong to want to be friends with someone simply because of how they look, it’s a side effect from years of being told and shown that we are only valued if we look good, thus having pretty friends increases value and opens more doors.

Pretty privilege goes beyond simply being a shallow human though. According to a research paper written by Kelsey P. Yonce of Smith College about pretty privilege, attractiveness has been linked to reproduction as certain favorable characteristics signal health and fertility. People are naturally attracted to some more than others because it increases the chances of “producing offspring that will survive long enough to pass on their genes” (Yonce). It’s not just societal, it’s biological.

I was discussing with a friend who believes that while pretty privilege is inherently wrong, it is necessary for the sustainment of the beauty industry. Makeup, hair, nails and clothing companies thrive off of people’s insecurities and make them feel as if they need those products to be beautiful. Similarly, with the rise of social media and the ever-changing ideal body type, the cosmetic surgery industry has risen as well. I used to judge those who got Brazilian butt lift, nose jobs and lip fillers, but as the conversion of pretty privilege has increased, I am much more empathetic. Given the impossible beauty standards that are constantly shoved in our faces, and having to experience that same invisibility that I felt in middle school, I understand why some might give in to societal pressures if it will guarantee a whole new experience.

I noticed how my personality evolved too. I used to be described as bitter, shy, introverted and timid. Now, I don’t think a single person would describe me as quiet. In fact, my friend and I are known for being some of the loudest girls in our grade and I often receive comments on my extroverted nature. I think my true personality was always there, hidden beneath the surface. I just never felt confident enough to be myself until I had my appearance to fall back on.

If you’re loud and cute then you’re outgoing and fun. If you’re loud and not skinny, white, or not guys’ idea of “hot,” then you’re obnoxious and annoying. It’s just the same way that a lot of pretty girls are just as “weird” as the next person, but being weird when you’re pretty is endearing and unique. If you aren’t cute by social standards and you’re weird then you’re just weird.

Pretty privilege is real and it’s created different realities for every individual and it shapes our perspective both internally and externally. There is no fixed solution to the disparities that people face due to their perceived level of attractiveness. However, if more people took the time to appreciate more than surface level characteristics, the ideal standard of beauty would be much broader.